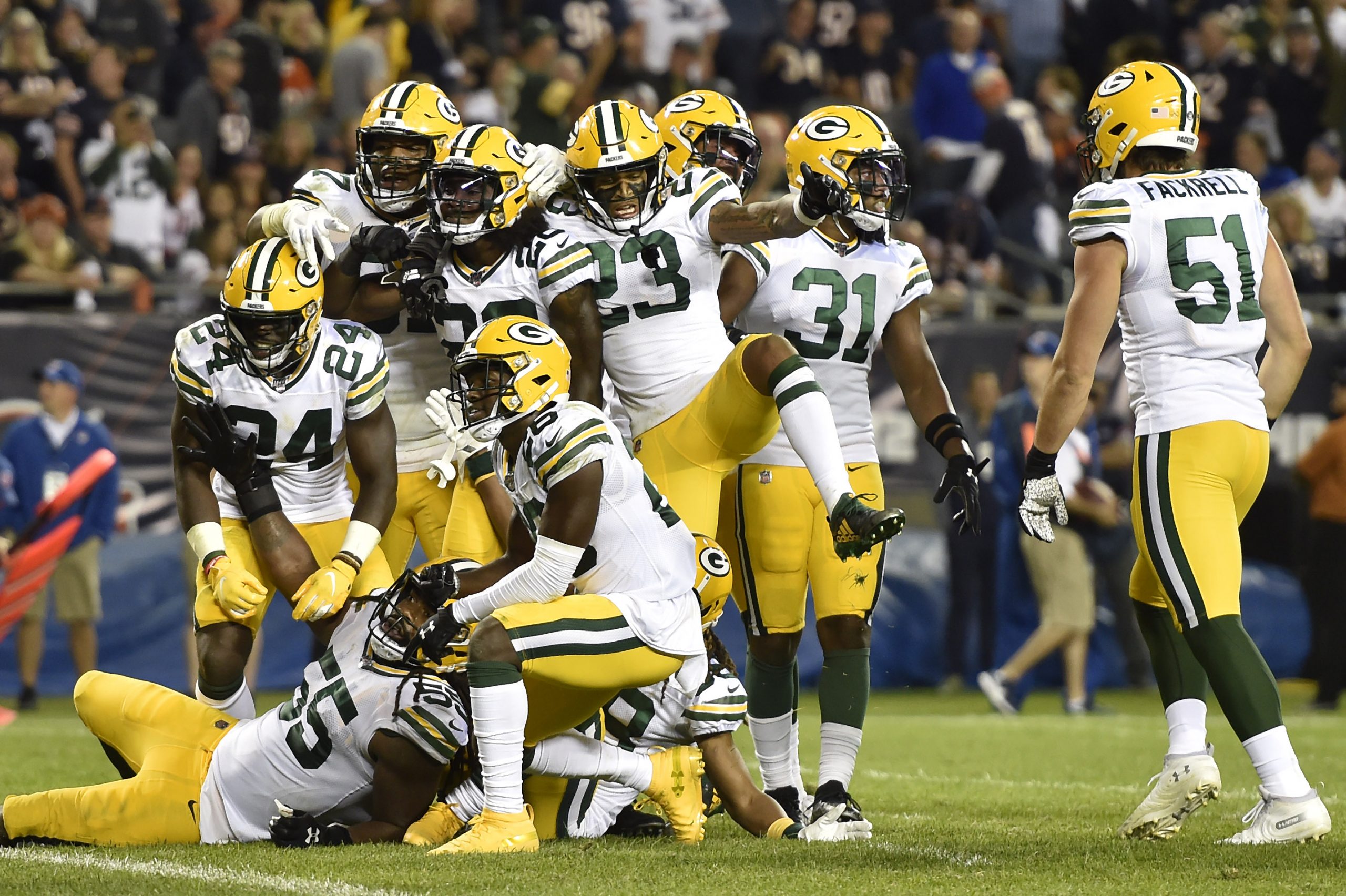 The 2020 NFL Draft is over and training camp is still (hopefully) a few months away for the Green Bay Packers. The Packers added nine players in the draft and signed 15 undrafted free agents. Still, there are areas of need for the team to address before the start of next season.

Here are the five biggest areas of need for the Packers at the present time. Keep in mind these can be areas of need or areas of uncertainty for the team or areas where they need to improve their depth.

The big questions at cornerback concern depth and the future of the position. The starters are presently Jaire Alexander, who is close to reaching elite status, and Kevin King who needs to become more consistent but has shown some big play ability. King is in the last year of his contract and that leaves the position wide open for 2021.

Last year’s nickel corner, Tramon Williams, has yet to be re-signed. GM Brian Gutekunst indicated he would address Williams’ possible return after the draft. The Packers didn’t select a cornerback in the draft, so the question is whether the Pack brings back the veteran for one more season, looks elsewhere or sticks with the players presently on the roster.

Returning holdovers include last year’s dime back Chandon Sullivan, who played well in that role and may be able to assume nickel back duties and former second-round pick Josh Jackson who rarely saw the field on defense last year after an up and down rookie campaign in 2018.

The Pack also have 2019 draft pick Ka’dar Hollman, who showed some promise in camp as a bump and run corner and Kabion Ento who also showed some flashes in camp last season.

The starters are set here, but it is unclear who assumes the role as nickel corner and dime corner and what happens after this season is over and King’s contract expires.

The Packers are set at left tackle with David Bakhtiari while Ricky Wagner is the favorite to start at right tackle after signing as a free agent this past March.

The backup spots are up for grabs right now, however and the team is unsure about Bakhtiari’s contract status as he is also slated to become an unrestricted free agent after the 2020 season.

Potential backups include last year’s swing tackle Alex Light, who struggled at times when called upon to step in for either Bakhtiari or the now departed Bryan Bulaga when they got hurt and John Leglue who the Packers signed late last season from the Saints practice squad.

Other candidates to make the roster include Yosh Nijman, who has raw talent but must improve his technique, Cody Conway, who spent finished last season on the Packers practice squad and undrafted rookie Travis Bruffy.

The Packers did not re-sign veteran Jared Veldheer as of now and they drafted three interior linemen late in the draft who may also add depth outside. Starting right guard Billy Turner is also capable of playing tackle in a pinch. There are options on the current roster to fill in depth, but it’s not clear how well they’d do if either starter went down. The Pack also needs to address Bakhtiari’s future beyond the coming season.

The Packers have all five of last year’s linemen returning but they will need more from this unit to help stop the run and pressure opposing passers. Kenny Clark played at a Pro Bowl level last season but after that, starters Dean Lowry and Tyler Lancaster were average at best.

Montravius Adams has yet to earn a lot of playing time in his first three NFL seasons and this is a make or break camp for him. The Packers are hoping second-year man Kingsley Keke can make a jump in play this season. He certainly showed potential in the preseason last year and in limited playing time during the regular season.

The Packers signed Treyvon Hester who has served as a backup in Washington, Philadelphia and Oakland so far in his NFL career and drafted Jonathan Garvin with their final pick in the seventh round of the draft. The Pack also added undrafted free agent Willington Previlon from Rutgers to compete for a backup job in training camp.

The Packers need more from this unit than they got in 2019. They are banking on players like Keke and Montravius Adams to lift their level of play next season.

The Packers lost both of their starters from last year at this position when Blake Martinez and B.J. Goodson departed via free agency. They signed Christian Kirksey from the Cleveland Browns to fill Martinez’s spot but there are still plenty of questions here including Kirksey’s ability to stay healthy.

Former third-round pick Oren Burks has had two good preseasons, but injuries have hampered his development and he barely saw the field on defense in 2019. He will compete for the starting job opposite Kirksey along with last year’s seventh round pick Ty Summers and Curtis Bolton who showed a lot of promise in training camp before an injury ended his season before it even began.

Undrafted free agent Krys Barnes of UCLA will also compete for a roster spot. He put up good numbers in college but has average size and will need to show he can contribute on special teams to make the roster.

If Kirksey gets injured, which he has the past two seasons, the players behind him are largely unproven. The Packers will likely use a hybrid ILB/S at least half the time when they are faced with obvious passing downs.

Most experts expected the Packers to draft at least one if not two wideouts, but they chose not to address the position at all in the draft and now are facing a season with a lot of unanswered questions.

Davante Adams is the unquestioned number one and he is Aaron Rodgers’ favorite target. Allen Lazard ended the season as the second starter. He has size and good hands and the Packers are hoping he can make a second year leap this season.

The Packers added Devin Funchess in free agency, and he will be the favorite to be WR3. Funchess missed 15 games last season and needs to bounce back and show the Packers were right when they signed him to a one-year, prove it contract.

Marquez Valdes-Scantling is the Packers fastest receiver, but he struggled to hold on to the ball and needs to refine his route running to take his game to the next level. He got off to a fast start last season but was a non-factor by playoff time.

The Packers are hoping Equanimous St. Brown will contribute more after missing all of 2019 with an injury. St. Brown is 6’5” with good hands and showed some promise as a rookie. He will need to take a big step forward to be a steady contributor in 2020.

The Packers also have Jake Kumerow returning. Kumerow has big play potential but needs to get more separation from defenders to make more of an impact. Rodgers trusts Kumerow to run the right routes but the third-year man out of Wisconsin-Whitewater may face a tough numbers game to make the roster.

Canadian import Reggie Begelton put up big numbers in Canada last season and is worth a look. He adds a different skill set than the larger receivers on the roster and may be a good fit in the slot which would give him a chance to make the team.

Darrius Shepherd and Malik Taylor are back after spending time on the practice squad last year. The Packers also signed undrafted free agent Darrell Stewart from Michigan State who is also a candidate to play in the slot.

There is talent at this position but much of it is unproven behind Adams. The Packers will likely play more two tight end formations and emphasize the wide receiver position less. Still, they will need at least two of the candidates besides Adams to step up and contribute regularly to help the offense improve in year two of Matt LaFleur’s system.