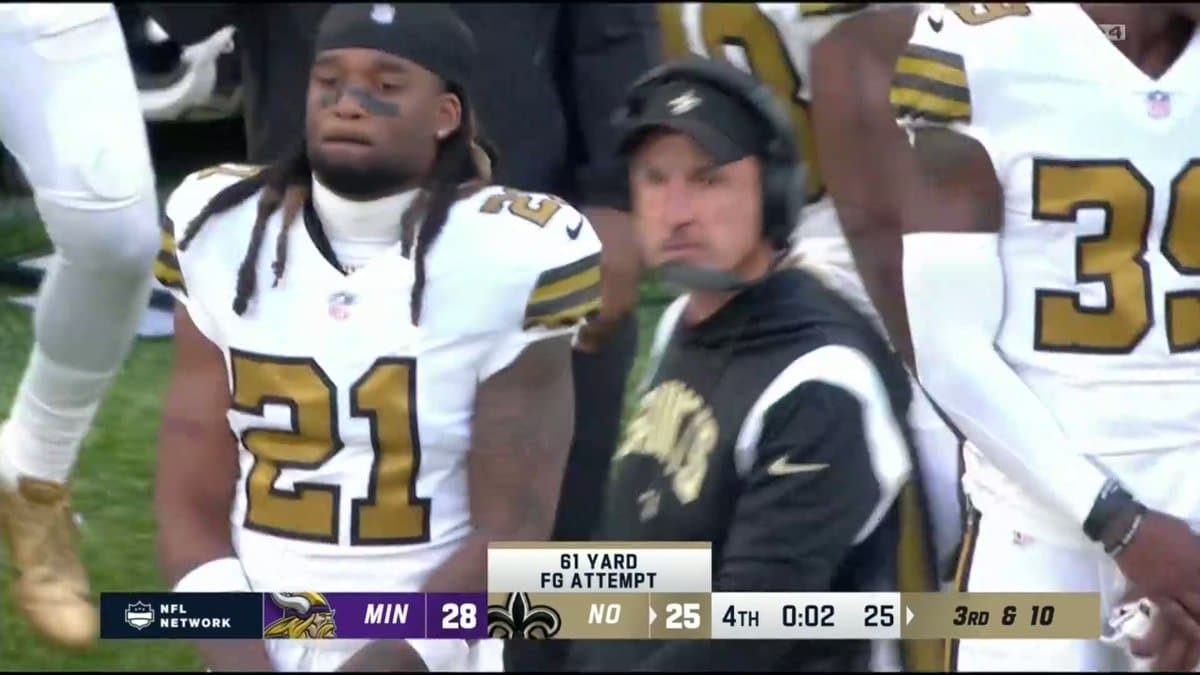 The NFL remembered to bring the foot in football on the first league trip to London Sunday.

Lady Luck packed the Minnesota Vikings’ (3-1) luggage. Opposing Saints kicker Will Lutz missed a game-tying 61-yard field goal that bounced off the upright. He nailed a 60-yard field goal to end the previous drive, tying the longest in his career.

All Will Lutz needed was for Ronaldo to tap it in. pic.twitter.com/inymT1QNSk

Vikings kicker Greg Joseph set the demoralizing event in motion by connecting on a 47-yard field goal. He achieved perfection, hitting all five of his field goal attempts.

The final score read 28-25. Vikings quarterback Kirk Cousins struggled in a highly anticipated game again, throwing just one touchdown and an interception, compiling a pedestrian 84.7 quarterback rating. Star receiver Justin Jefferson picked up the slack, hauling in 10 receptions for 147 yards against one of the premier cornerbacks Marshon Lattimore. He ran in a 3-yard touchdown as well. Running game centerpiece Dalvin Cook spearheaded the ground attack with 76 rushing yards.

The NFL travels to London two more times this year. The goal is to spark international interest in the game that is predominately enjoyed by Americans. The Green Bay Packers face the New York Giants next week in Tottenham Hotspur Stadium. The London journey concludes with an AFC matchup between the Denver Broncos and Jacksonville Jaguars on Oct. 30 inside the iconic Wembley Stadium.

Despite the international setting, fans can pursue NFL betting action on any of these matchups.

The Vikings erase the burden of travel next week, playing at home against divisional foe Chicago Bears (2-1). The Saints (1-3) march into a home matchup against the struggling Seattle Seahawks (1-2).