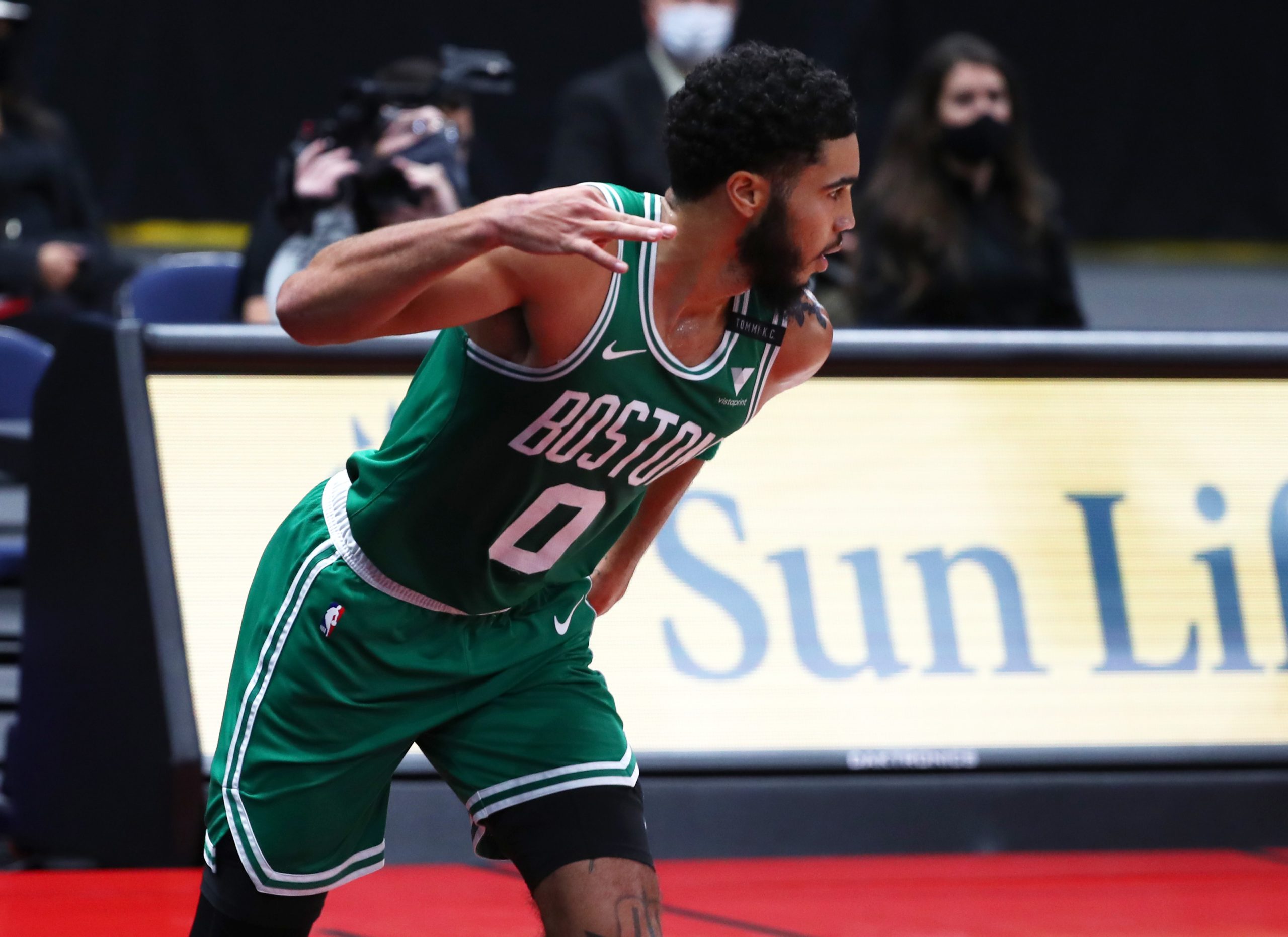 The Boston Celtics started and ended their win over the Toronto Raptors terribly, but the middle two quarters were so good that it barely mattered.

As back-to-backs go, a game against Toronto the day after playing Detroit is normally tolerable. But instead of an hour-long flight across the border, Boston had to fly nearly three hours to the Raptors temporary home in Tampa, Florida, and it showed on the court.

They looked sluggish on defense and sloppy on offense, but they managed to withstand a 7-for-14 3-point barrage and go into the second quarter down just nine points.

That’s when Boston’s bench took over.

“We had a lot of really good performances,” Brad Stevens said after the 126-114 win. “Second night of a back to back, second time this year, guys came out with no excuses. We had a bunch of guys out and just played the way we should play.”

Without Marcus Smart or Jeff Teague, Payton Pritchard and Tremont Waters handled the point guard duties, but Pritchard was at the helm of the Boston comeback over the first four minutes of the quarter. With the Raptors face-guarding Jayson Tatum and daring Boston’s reserves to beat them, Pritchard, Semi Ojeleye, and Grant Williams scored 10 points in a 13-4 run to tie the game.

The Raptors defense had to readjust, and Tatum found all the room he needed, and for the first time in 10 months, he put on a show for fans.

“Man, it felt great. I missed playing in front of people,” Tatum said of the Florida allowance for limited fans in the arena. “There was a lot of Boston fans here today. That felt different just seeing people in the stands. But I enjoyed it. Toronto’s got a great set-up. They’ve got fans out here, so that’s love.”

But Tatum’s monster night was somewhat overshadowed. In a way, the unexpected performances from people like Ojeleye, Pritchard, Grant Williams, and Robert Williams resonated more than the 40 point barrage that we’ve come to expect from Tatum.

That’s especially true of Ojeleye, who has emerged as an improved player so far this season. Nearly a victim of the numbers game had Gordon Hayward re-signed with the Celtics, Ojeleye, with a refined jump shot, is a contributor.

“I think his jump shot from three is really good, and he’s gotten better at it over the years,” Brad Stevens said. “And a couple of his drives where he gets to the rim and has a chance to finish or go to the rim and/or dump off or kick out, he’s gotten a lot better too… I thought he did a good job again tonight. Two straight really big performances in a row for him.”

“I’ve always believed that in the second night of the back to back, somebody that didn’t play the night before can give you a great lift,” Stevens said. “Tonight we had several guys that didn’t play as much last night that gave us a great lift, but I would say the Grant was way up there with them.”

Still, it can be tough to wait for your number to be called and not hear it.

“For me it’s always been trust Brad – he knows what he’s doing for a certain reason or purpose, and that’s something I believe,” Williams said. “I try to stay focused whether I play or not and being ready when my number is called, because you never know if you’re gonna play or not. You never know when you’re gonna need to perform, and tonight was my night I guess.”

Everyone knows Tatum and Jaylen Brown are the headliners in this show for the Celtics. The real trick for the Celtics right now is figuring out who the supporting cast is going to be. Against the Raptors, with the Celtics more shorthanded than usual, the Celtics found important contributions down their bench.

“With them being out, the team had to really step up all together to fill their minutes and what they contribute to the team,” Pritchard said. “Tonight, everybody had a point in it. Everybody did a little part to help the team win.”