What direction will Sixers decide to pursue after postseason collapse? 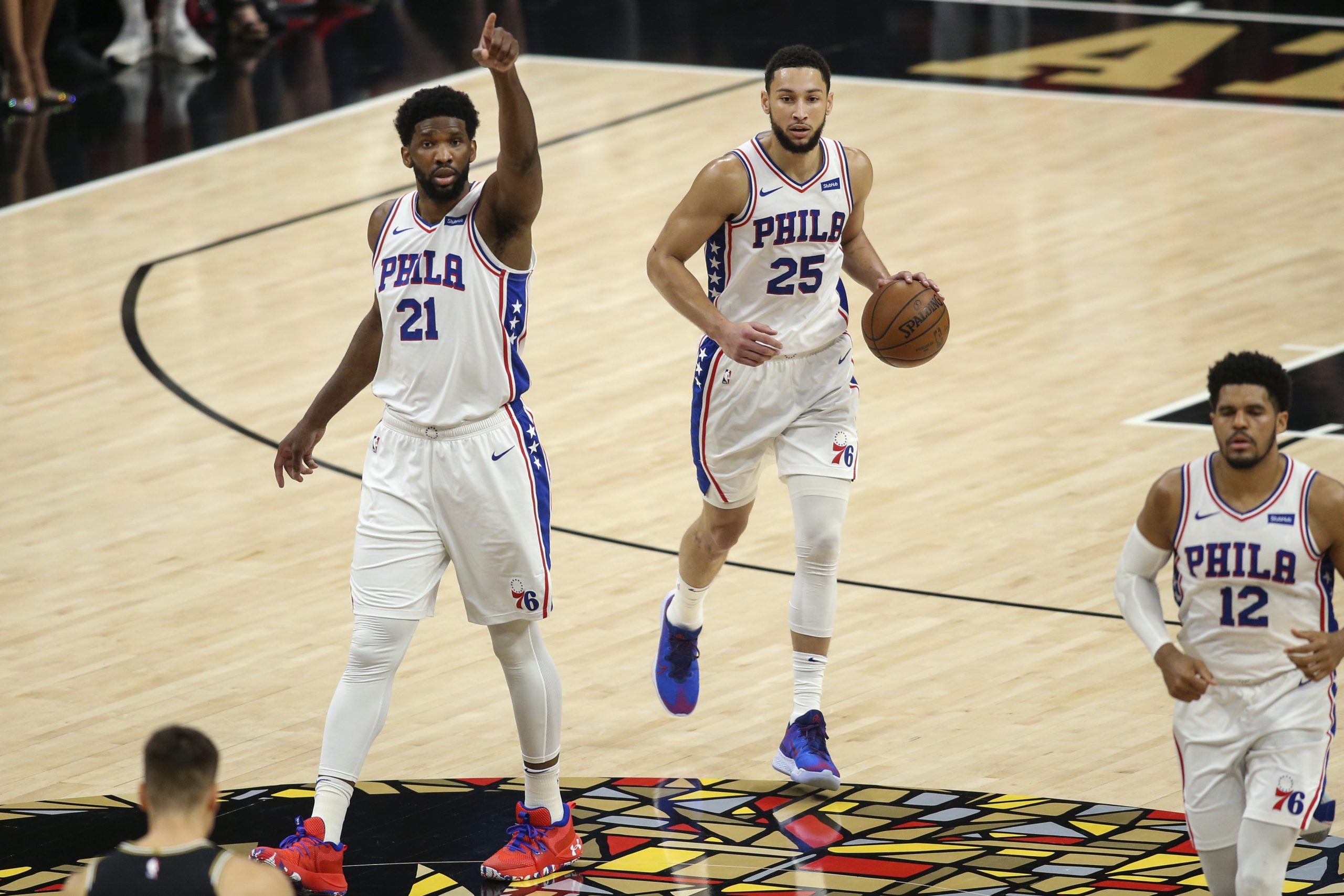 After yet, another second-round exit in the NBA playoffs, this time to the Atlanta Hawks, the Philadelphia 76ers find themselves with difficult decisions to make this upcoming offseason.

In the second round against Atlanta, numerous issues and problems occurred throughout the seven-game series. Some of these problems were no fault of anyone, but many of them should and could have been avoided.

The Sixers dealt with a few injuries to key players throughout this year’s playoffs, most notably with the face of their franchise, Joel Embiid.

Embiid left Game 4 of the 76ers’ first-round series against the Washington Wizards and then went on to miss Game 5 with what was described as a slightly torn meniscus in his right knee.

Embiid battled through the injury during the second-round series against the Hawks, but at times it was obvious the injury was taking a toll on the big man. By the end of games, he seemed tired and did not look like the MVP-caliber player spectators became accustomed to during the regular season.

To Embiid’s credit, he played through a tough injury and still managed to average 30.4 points, 12.7 rebounds, and 3.9 assists per game in the second round.

Even a semi-healthy Embiid is better than most players in the league, and he clearly did as much as he could as he scored over 20 points in six of the seven games in the Eastern Conference semifinals.

Embiid’s injury was not the only one that occurred in this year’s playoffs for Philadelphia, as Danny Green went out with a right calf strain in Game 3 against the Hawks.

The Green injury affected the Sixers more than they probably realized as they lost a veteran three-point shooter, who also gave them plus defense — other than when he was tasked to guard Atlanta’s Trae Young.

The Sixers also missed Green’s perimeter shooting in the final four games of the series. During the regular season, Green shot 40.5% from beyond the arc and led the league in corner three-pointers (90). His replacement, Furkan Korkmaz, clearly wasn’t enough, shooting 5-of-20 from three-point range in the four games he started.

However, even with the injury bug hitting the Sixers, the series against the Hawks was still there for the taking, but Philadelphia gave it away.

Now blame usually starts at the top, but in this case, the top being head coach Doc Rivers.

Rivers deserves some blame for the epic collapse in the Hawks’ series, as some questionable decisions were made throughout the series.

It started in Game 1, when in the first half, already down 10 points, Rivers went to an all-bench lineup which allowed the Hawks to build a 20-point lead in the second quarter. Tobias Harris finally checked back into the game a few minutes into the second quarter.

The Sixers were unable to complete a late-game comeback in Game 1 and eventually lost the game largely due to the lack of scoring in the first half.

Throughout the series, Rivers would go deep into his bench, which sparked confusion and criticism as teams in the playoffs usually have shorter rotations with their starters receiving more minutes.

Although Rivers didn’t go back to an all-bench lineup for the rest of the series, he did at times send four bench players in with one starter. But this still was not the best approach, especially in a close back-and-forth series when things tighten up, and the best players need to be on the floor in big moments.

Rivers also showed throughout the second round that he had trouble making adjustments, whether it was Game 1 when Danny Green could not stop Trae Young. Or Game 7 when Kevin Huerter was having a field day with Seth Curry defending him.

Adjustments and the ability to see them in real-time were a problem in this series, and some blame has to fall on the head coach when leads of 18 and 26 are blown in Games 4 and 5.

Rivers has 29 losses with the chance to clinch a playoff series which is the most by a head coach in NBA history, per ESPN.

Doc Rivers has 29 losses with a chance to clinch a playoff series, the most losses by a head coach in NBA history. @ESPNStatsInfo pic.twitter.com/mN5mQBmQUQ

That being said, despite the coach making plenty of mistakes, the rest of the team contributed to the monumental collapse as well.

In the seven-game series against Atlanta, turnovers were a key issue for the 76ers as they turned the ball over a total of 91 times.

In the four Sixers’ losses, they lost the turnover battle, which was key for the Hawks, who were given more opportunities to possess the ball.

Another unraveling issue the Sixers created for themselves was their inability to win on their home floor.

After claiming the top seed in the Eastern Conference for the first time since 2001, the Sixers went 1-3 against the Hawks at Wells Fargo Center. This was a far cry from a Sixers’ team that had a 29-7 home record during the regular season.

However, we now turn to the most discussed aspect of the Sixers’ collapse: Ben Simmons. The All-Star point guard has been a focus of the issues, which arose in the Atlanta series, and for good reason.

First and foremost, his inability to convert at the free-throw line hurt the team tremendously in key situations, especially down the stretch.

Starting in the Washington series and continuing into the second round, teams would resort to the “Hack-a-Ben” strategy to intentionally foul Simmons, sending him to the line knowing that he has trouble converting those shots.

Simmons shot 34.2% from the free-throw line during this year’s playoffs, which was a dramatic drop from the 61.3% he shot in the regular season.

This became an issue and most certainly affected his lack of aggressiveness to get the rim and score. In the half-court setting, Simmons became a ghost. His lack of a jumper or inability to attempt a shot made him a non-threat on the offensive end. Simmons would fade away, shy away from even handling the ball at times, and give up the ball before he crossed half-court.

In the waning moments of Game 7, he elected to pass up a wide-open layup deferring to Matisse Thybulle instead. The 6-foot-10 point guard was a liability on offense, and he was exposed against Atlanta.

Ben Simmons did not just pass this up… pic.twitter.com/4JyM7ZHNkJ

Furthermore, Simmons only made three field goals on three attempts in the fourth quarter during the series while not attempting a shot in the fourth through Games 4 through 7.

This was year ONE of a 5 year/$177 Million contract pic.twitter.com/0N36s7NNxK

With all the great things Simmons can do, such as guard anyone on the floor, facilitate, create on the offensive end, and a plethora of other great attributes. His lack of aggressiveness and a jump shot hurt the Sixers in this year’s playoffs.

The former LSU standout can become a great player in the NBA with the talents he already has and can get to another level because he is that good. But it’s ultimately up to him to get it right.

The only issue is it may not be in Philadelphia. The Sixers are going into arguably one of their most important off-seasons in a very long time as there are so many questions that have to be answered after an epic collapse and disappointment in the 2021 NBA playoffs.

President of Basketball Operations Daryl Morey received a multitude of questions regarding Ben Simmons’ future and the overall future of the team at his season exit presser.

“We have a very strong group we believe in. None of us can predict the future of what’s going to happen in any place. We love what Ben brings, we love what Joel brings, and we love what Tobias brings. In terms of what’s next, we are going to do what’s best for the 76ers to give us the best chance to win the championship with every single player on the roster.”

The questions surrounding the future of Simmons will only continue as rumors are circulating about potential trade partners.

Last week, Jason Dumas of Bleacher Report reported that the Sixers have fielded offers for Simmons but will only trade him for an all-star caliber player.  He added that Philadelphia recently turned down a deal from the Indiana Pacers involving Malcolm Brogdon and a first-round pick.

No matter what happens this offseason, it’s clear that Simmons is going to be working on his shot and free throw shooting. He opted out of the Olympics with Team Australia to reportedly focus on “skill development.”

Although Simmons will be the talk of the offseason, the futures of Dwight Howard, Green, and Korkmaz is still up in the air as all three players will be hitting free agency. The Sixers have some franchise-altering decisions to make, and big changes could be on the horizon heading into next season.