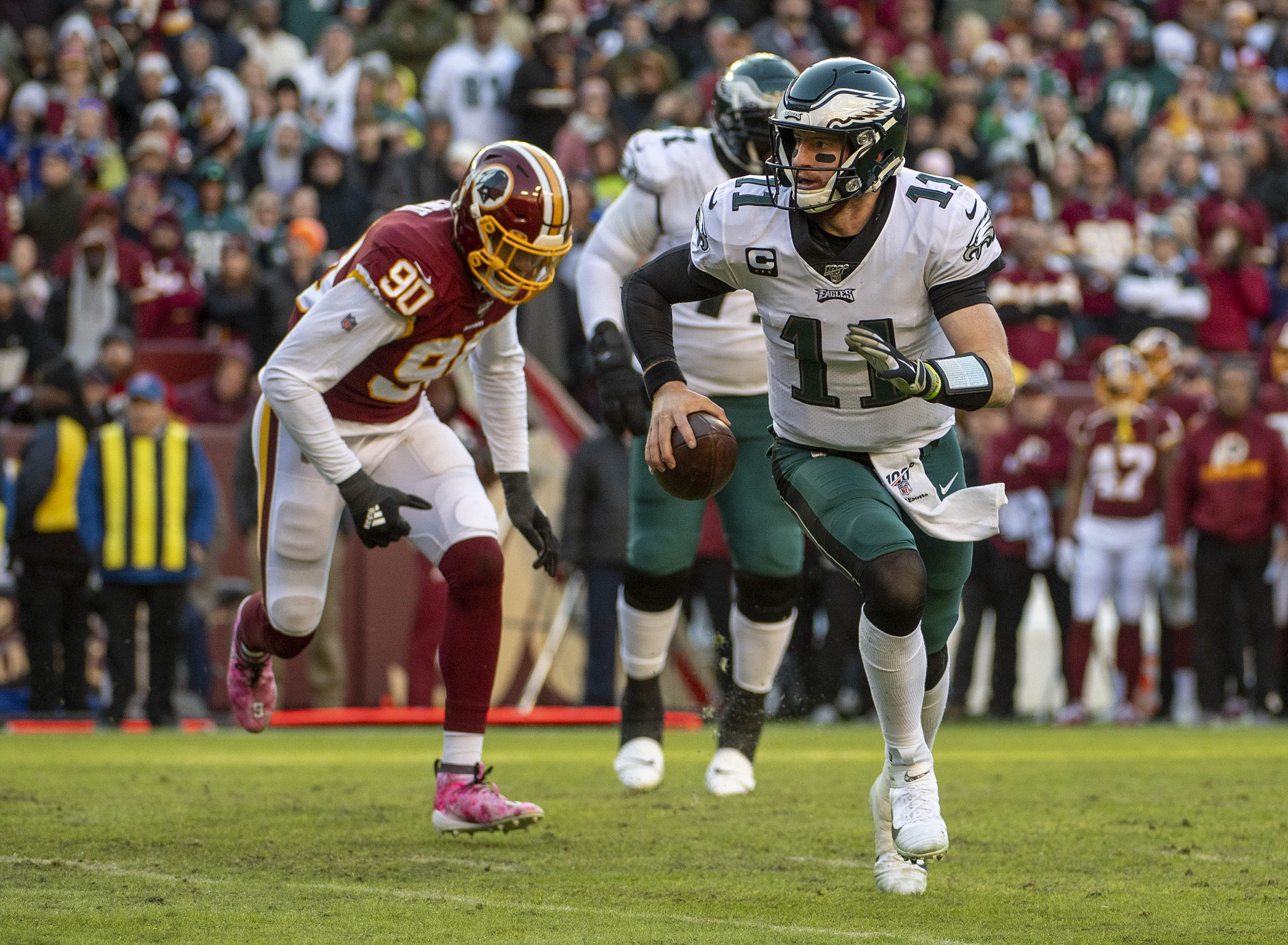 This goes into the “gimme a break!” file.  You’d think there were no other current crises in the world if you talked with an Eagles fan right now, and it’s getting embarrassing.

One of the worst consequences of following a recent (2017-18) Super Bowl winner is having to detail every possible roster move the team makes as it tries to escape its ultimate fade into temporary mediocrity.

Recessions happen. Unexpectedly frigid weather in Texas happens. Rigged mail-in ballot harvests happen.  If you can’t accept these realities, how are you going to cope with Toy Department of Life uncertainties?

EYE just viewed the NETFLIX documentary of Quincy Jones’ life and career.  Here was a kid who rose from the violent poverty-stricken world of South Chicago in the 1930’s to become one of the greatest composers and arrangers of popular music in the modern era.

The obstacles faced by the Eagles right now pale in comparison.

So it’s time for Eagles fans to refrain from taking daily gas over their team’s QB situation.

Another week, another rash of reports and opinions about the Eagles’ expected trade of quarterback Carson Wentz. Chicago and Indianapolis remain the only teams known to be involved in the long-running Wentz trade drama. On Monday, Albert Breer from Sports Illustrated’s MMQB reported that Chicago was the front-runner, but said it was “pretty clear” that Wentz preferred Indianapolis. Breer’s take was that the Eagles needed to convince Wentz the Bears were his only option, if he really wants to leave Philadelphia.  But an NFL management source with experience in such negotiations said he thinks the Bears are unlikely to trade for Wentz unless he is fully onboard; the source said he thinks it is more likely the Eagles will end up having to take whatever Indianapolis is offering, before the March 19 deadline that requires a $10 million Wentz bonus payment, because that is where Wentz wants to go.

So it goes.  In the bigger picture of things, not that big of a deal…

Les Bowen of the Inquirer adds this perspective:

“Some observers think the Eagles could up the ante by packaging Wentz’s favorite target, tight end Zach Ertz, into a deal. Ertz was unhappy in 2020 after what he saw as a broken Eagles pledge to rework the five-year, $42.5 million contract he signed in 2016. Like Wentz, Ertz suffered through his worst pro season in 2020 — 36 catches for 335 yards and just one touchdown, from the player who set the franchise record for catches in a season with 116 in 2018. Ertz, 30, limited to 11 games last season by a high ankle sprain, has a year left on his deal, and trading him would incur $7,769,500 of dead cap money, according to Spotrac.com.”

A Wentz trade before March 19 would mean a $33.8 million dead salary-cap charge, which would grow to $43.8 million after that date. The NFL record is $22.2 million, which the Los Angeles Rams will shoulder this year after trading QB Jared Goff to Detroit. It seems extremely unlikely the Eagles will compound their cap struggles by adding $10 million to the Wentz charge.

“In the end, Indy will probably get [Wentz] for below market value, because it seems like he only wants to play in Indy,” the source said. “This desire to only play in Indy has scared other teams off. … The Eagles will end up trading him and drafting a quarterback.”

The source’s reasoning there was influenced by his team’s draft assessment of Jalen Hurts last year. “He’s decent. We had him in the fourth round, as a solid backup with upside,” the source said. “Think he could produce with talent around him. But if you get a shot at one of those top QBs, you’ve got to start over.”

The Eagles might not agree — they drafted Hurts in 2020′s second round, 53rd overall, and their new QBs coach, Brian Johnson, is close to Hurts and his family — but it is quite possible that a quarterbacking prospect will be available sixth overall who projects more upside than Hurts, the team’s starter for the final four games of 2020, after Wentz was benched. Hurts completed 52% of his passes with six touchdowns and four interceptions, while providing a strong boost to the running game, with 354 yards on 63 carries and three touchdowns. He also proved to be a strong leader.

The universally anticipated first overall pick this year is Clemson quarterback Trevor Lawrence. After that, opinions vary on Ohio State’s Justin Fields and BYU’s Zach Wilson, who might go right behind Lawrence, or might still be available with the sixth pick. North Dakota State’s Trey Lance is another QB a lot of people like, and who right now seems likely to last until pick No. 6, if the Eagles were inclined to roll the dice again with Wentz’s alma mater.

But spending the sixth overall pick on yet another quarterback would deepen the mystery of last year’s Hurts selection, and would not further endear Eagles fans to general manager Howie Roseman. This roster desperately needs impact, Pro Bowl-level starters at several positions, as older stars decline. Wentz is the only Pro Bowl selection the team has drafted since Ertz and right tackle Lane Johnson in 2013.

Some fans might think giving Hurts a year to see if he can do the job is the best way to proceed; if he fails, the Eagles might be in good draft position again to select a 2022 quarterback. They had to go 4-11-1 to draft this high, though. Even a 6-10-type season in 2021 probably wouldn’t put them in range of a top QB prospect.

There’s no mystery why Wentz would prefer Indianapolis. The head coach is former Eagles offensive coordinator Frank Reich, and Press Taylor, Wentz’s friend and quarterbacks coach the last three years, works for Indianapolis as a consultant. Maybe just as significant, the Colts were 11-5 in 2020. Reich and general manager Chris Ballard are well-regarded.

Chicago offers former Eagles quarterbacks coach John DeFilippo, but head coach Matt Nagy and general manager Ryan Pace are perceived to be on the edge of dismissal, pending how the coming season develops. They’ve gone 8-8 two years in a row after a blazing 12-4 start in 2018.

Wentz has to be thinking the Colts have better talent, and that a mediocre-to-poor Bears season in 2021 could get the people who traded for him fired, leaving Wentz vulnerable to another change of address, probably with even less control of his fate.

But at this point, why do Eagles fans care about the player or the position?  It’s because many refuse to accept that QB performance in the NFL is about as ephemeral as popular music tastes are in real life.  You get attached to a guy like Quincy Jones mainly because he could consistently read, compose and arrange new scores as the musical game constantly changed, even as the same 12 notes in Western music haven’t changed in over 750 years.  As hard as it may be to accept, whoever ends up quarterbacking the Eagles’ in 2021 will not be the Quincy Jones difference in the team’s ultimate 2021 production.  You’re going to have the flavor of the moment on gamedays, and there are no guarantees of artistic satisfaction.  The best you can wish for is the once-in-a-while big play.  That is all.  The name on the back of the jersey at QB simply won’t matter that much in a re-tooling year.