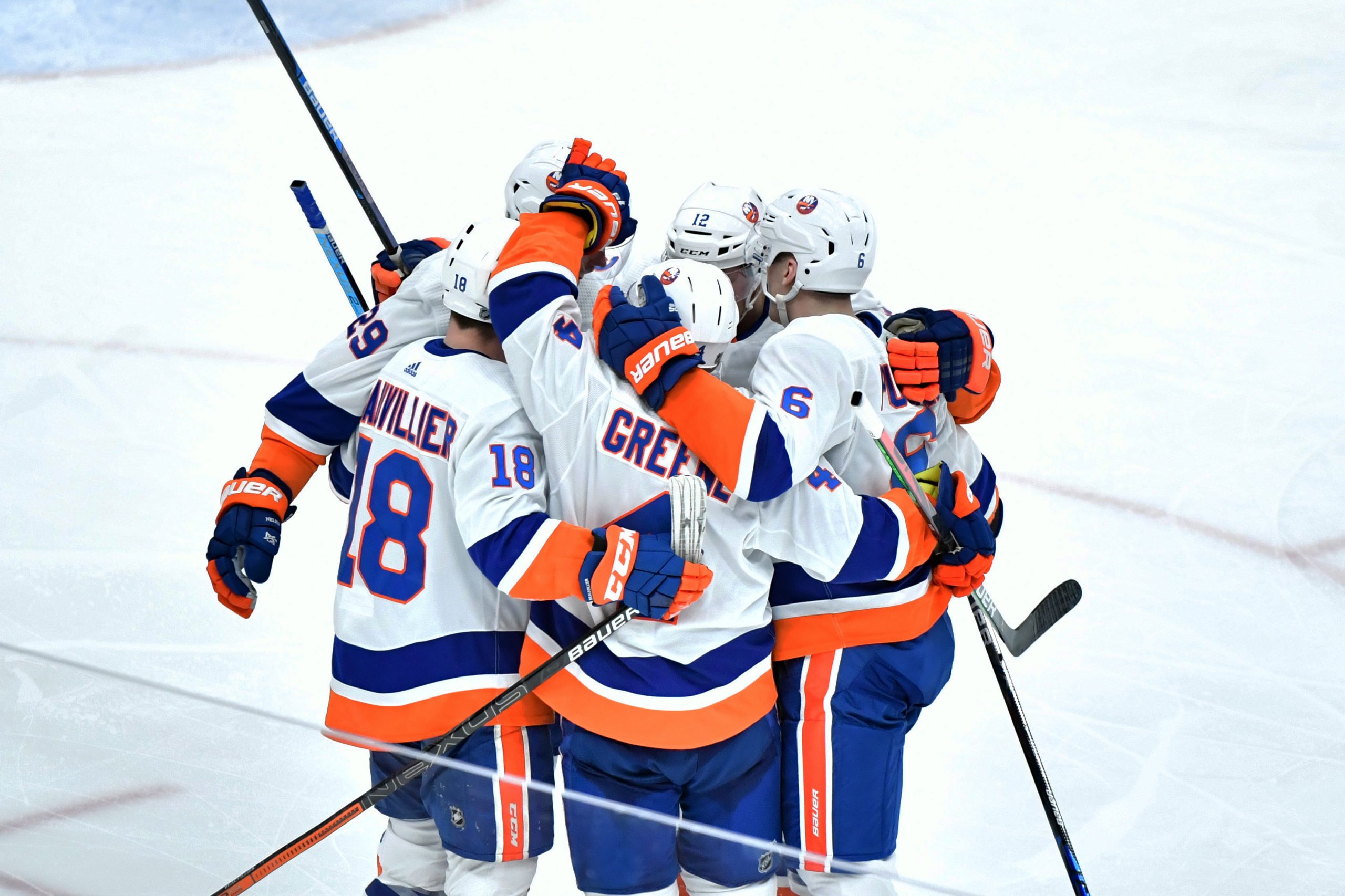 The New York Islanders gave fans many thrill-seeking moments before COVID-19 halted the 2019-20 campaign. The Islanders did not have the season they or the fanbase expected, but there were many positive memories that helped define this shortened year.

5. Could Kieffer Be a Keeper?

On Feb. 4, the New York Islander’ 2016 first-round draft pick Kieffer Bellows was recalled from the Bridgeport Sound Tigers for a game against the Dallas Stars. . His first game saw him earn his first career point, and a few days later on Feb. 6, he showcased why he could be a strong offensive weapon down the road, scoring two goals against the Los Angeles Kings.

The next best moment of the season you may need to run and grab tissues for.

While the road to the NHL is a rather difficult one to begin with,  Cole Bardreau’s story is one of perseverance. As a sophomore playing for the Big Red at Cornell University,  Bardreau’s career nearly came to an end in January of 2013 after he broke his neck in a game, with long-term paralysis a possibility.

Due to the injury, Bardrau would go undrafted. He would play 203 minor league games for the Philadelphia Flyers and Islanders before achieving his dream of scoring in the NHL.

And it came under special circumstances, lighting the lamp on a penalty shot, a five-hole shot that just snuck in behind Ottawa Senators’ netminder Craig Anderson.

What a moment! Cole Bardreau scores his first NHL goal on the penalty shot. 🚨#IceSurfing pic.twitter.com/sM5rxomcPI

A Rudy like story was on display, as this player brought us a heartfelt moment, a moment himself and the fans will never forget.

When you think of the Tampa Bay Lightning, you think of a National Hockey League powerhouse. However, despite being a top dog in the league, the Islanders played them well this season, winning two of three meetings and outscoring the number one ranked offense in the entire NHL (3.47 goals per game) 11 to 6.

The win on Nov. 1 was more than two points in the standings, as it pushed their elusive winning streak to a modest eight games.

Besides being outshot, the Islanders led in hits and blocked shots, got scoring from the top line, which provided enough offense for the team to focus on structured defense which allowed Greiss to play to his strengths and pick up the win.

On Jan. 18, the Islanders stormed into the third period against the Washington Capitals with a 4-1 lead. The team was feeling it, as it seemed the team was on their way to an easy two points against one of the best teams in the league.

Instead, things quickly fell apart in the third and they watched as the Caps scored five unanswered goals to hand the Islanders one of the worst losses of the season.

The Islanders would get the job done the next time around, entering the third again with a hefty lead, but this time closing the door.

1. Adding Pages to the History Books

When you think about the history of the New York Islanders, the only thing that comes to mind is the Dynasty, where the Islanders won four consecutive Stanley Cups from 1979 to 1983.

The Islanders did something spectacular this season, putting together a stretch of 10 consecutive wins from Oct. 12 to Nov. 5, the 10th victory a 4-1 win on home ice against the Ottawa Senators.

This streak was the second-longest winning streak in franchise history, the first being a 15-game winning streak during the 1981-82 campaign that ended in the team’s last Stanley Cup victory.

While that is impressive in itself, the Islanders saw that streak come to a close two days later, blowing a 3-0 lead to the Pittsburgh Penguins at Barclays Center in a 4-3 overtime defeat.

Despite that heart-wrenching loss to Pittsburgh, the Islanders still had a point streak going, then 11 games.

That streak kept going, and going, and going until the Islanders set a franchise record of 17 games in a row with at least a point. It was finally snapped in a 3-0 loss to the Anaheim Ducks on Nov. 25th.

The Islanders, to add one more statistic to their record book, became the first team in NHL history to win back to back games after trailing by multiple goals in the last seven minutes of the third period. Those two games were a 4-3 shootout victory against the Philadelphia Flyers on Nov. 16 and a 5-4 overtime win against the Penguins on Nov. 19,

Without this win streak and point streak, the Islanders would not be playing in the 24-team postseason tournament that plans to kick off sometime on Aug. 1.