The secret advantage of the undrafted free agent Eagles rookies… 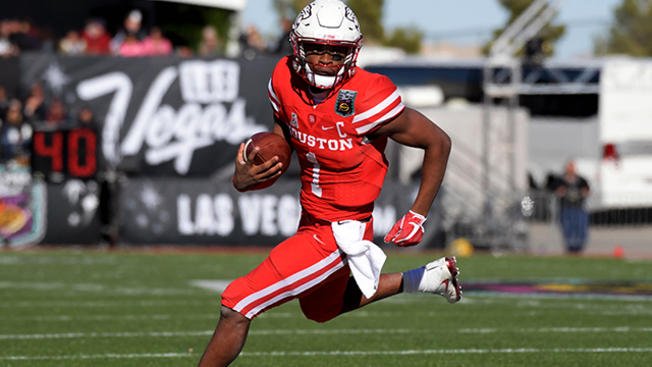 Okay, you were not drafted within the 7-round NFL forum… but the phone rings and your agent says a couple of teams want to sign you as an UDFA…

What is the upside if you are willing to pursue the dream?

The biggest positive is freedom to choose your destination. By the time the draft gets into the sixth and seventh rounds, the difference in rookie salaries is negligible. Once most players slip into that range, in some cases they’d rather go undrafted and get to pick and choose which team to sign with.

Also, this might be a backhanded compliment, but UDFA’s can benefit from lowered expectations. Without the burden of being a draft pick and seen as a wasted resource if they don’t work out, UDFA’s can simply come into camp and try to impress coaches on their own merits.

Players like Doug Baldwin wear the UDFA label as almost a point of pride, using it as a chip on their shoulder throughout their entire careers. This is not to say that draft picks don’t have the same drive, but football players will find motivation wherever they can. And if UDFA’s become stars, they’ll rarely let people forget that they succeeded despite going undrafted.

Notable UDFA’s in the NFL:

QB Tony Romo: The future CBS analyst was the face of the Dallas Cowboys for nearly a full decade. He’ll go down as possibly the greatest forgotten quarterback in history.

QB Warren Moon: He was the captain of the Houston Oilers prolific offense and a trailblazer for black quarterbacks in the NFL.

WR Wes Welker: After nondescript runs with the San Diego Chargers and Miami Dolphins, Welker got traded to the New England Patriots in 2007, and the rest is history. He ranks 21st all-time with 903 receptions.

TE Antonio Gates: One of the best tight ends of all-time and a Hall of Fame lock. He also played basketball in college, in case you haven’t heard.

QB Kurt Warner: Warner’s a two-time MVP, one-time Super Bowl champion and was inducted into the Hall of Fame this year. Not bad for a former grocery bagger.

RB Arian Foster: He won the league’s rushing title in 2010, made four Pro Bowl teams, and is certain he could take a wolf.

RB Priest Holmes: The running back is a household name among both Kansas City Chiefs fans and anybody who got into fantasy football in the mid-2000’s.

CB Chris Harris Jr.: A premier playmaker on the Denver Broncos defense, Harris is currently pairing with Aqib Talib to form one of the best cornerback duos in the league.

K Justin Tucker of the Baltimore Ravens— in my opinion, the best money kicker in the NFL today.

UDFA’s are subject to the same rookie wage scale that impacts draft picks, so naturally players who don’t get drafted will have among the smallest contracts in the league. Currently, Spotrac estimates the 2017 UDFA salary to be $465,000. BUT— the UDFA can negotiate his own signing bonus, which in many cases ends up being higher than the drafted player gets.

Joe Douglas is the guy for the Eagles now who supervises the UDFA signings.

“Much like the draft, once the draft is over, we have our list of guys. We go by the ranking. We load the roster up. I think it went as smoothly as possible.”

Here is a tracker of the undrafted free agents the Eagles have signed after the draft so far:

Cam Johnston, P, 5-11/190, Ohio State
Johnston tweeted after the draft he signed with the Eagles. Johnston was the Eddleman-Fields Big Ten Punter of the Year in 2016, an All-Big Ten first-team player and a Ray Guy award finalist. Johnston set Ohio State single-season and all-time records for punts inside the 20 — 31 punts inside the 20 in 2015 and 109 career punts inside the 20. He also set a school record with a 57.0-yard average in 2014 against Illinois. Hey, I think he’s an Aussie! OY!!

Tyler Orlosky, C, 6-3/298, West Virginia
Orlosky is the third Mountaineer to join the Eagles this draft. The center signed with the team after the draft, according to the Daily Athenaeum‘s Chris Jackson. The Eagles drafted cornerback Rasul Douglas on Friday and wide receiver Shelton Gibson on Saturday. Counting running back Wendell Smallwood last season, that’s now four West Virginia players added in some capacity in the last two drafts.

​​Clement was a stud for the Wisconsin Badgers and tacked on 132 more yards through the air. He has big-play potential and could easily force his way into the Eagles’ backfield, according to several analysts.

I will update this list of Eagles UDFA’s as more confirmed signings come in…Here are some more UDFA signings as of May 1, 2017 according to BEANSTALK (Ranga Timing):