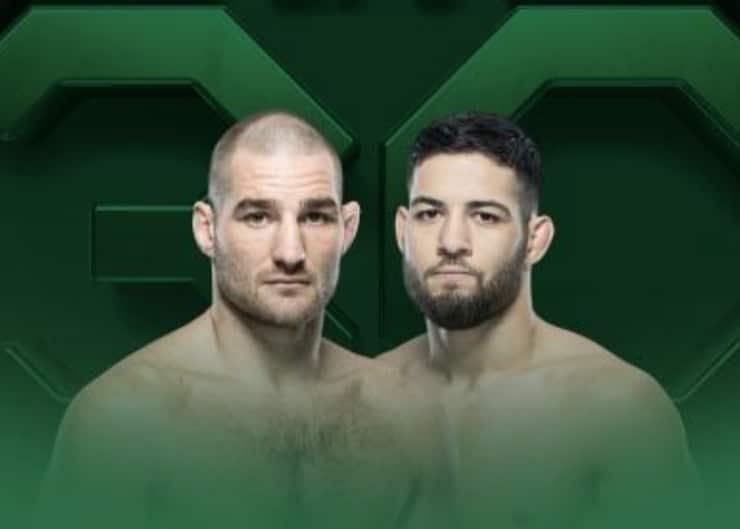 UFC Fight Night will be live on Saturday, January 14, 2023 from UFC Apex in Las Vegas. Headlining the fight card will be Nassourdine Imavov (12-3) taking on Sean Strickland (25-5) in the Middleweight Division. Below, we’ll preview UFC Fight Night, break down the fight odds, and some key stats for the Strickland vs Imavov main event fight.

Imavov was originally supposed to be meeting Kelvin Gastelum, but he withdrew on Monday from UFC Vegas 67 with a mouth injury. Now, Strickland will be replacing him in the main event.

Strickland is currently the favorite by a narrow margin at -115 odds and Imavov heads into the octagon with -105 odds.

Check out the chart below for a full breakdown of UFC Fight Night odds from BetOnline, one of the best UFC betting sites.

Fight Odds on the Moneyline Strickland vs Imavov

The total number of rounds is set at 4.5 rounds, indicating this fight has a good chance of going the distance.

However, the top sportsbooks are predicting it will end before then.

At -120 odds, the top sportsbooks are giving a slight edge to the under in this fight. While the over comes in at -110 odds.

Check out the chart below for the best odds for total rounds.

The full UFC Fight Night card has been released with Strickland vs Imavov headlining the fight.

Imavov enters on a three fight winning streak and has won four of five fights in the octagon overall.
Meanwhile, Strickland was forced to enter this fight on short notice and will be looking to snap a two fight skid. After a long two-year layoff, Strickland lost back-to-back fights versus Alex Pereira and Jared Cannonier.

Below, we’ll go over some stats for both Imavov and Strickland heading into Saturday’s fight.