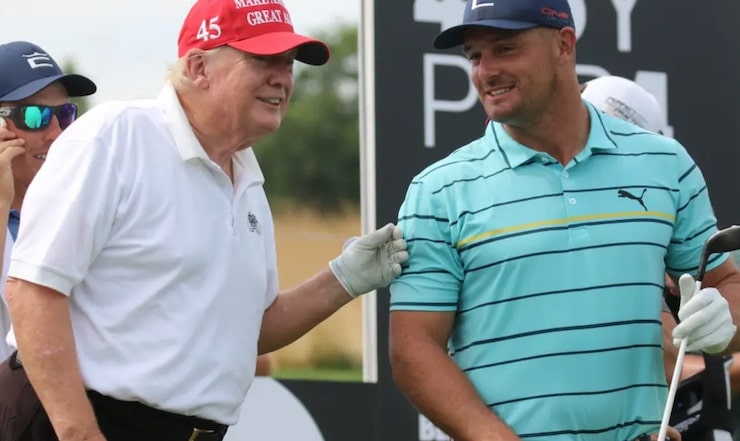 Former US President Donald Trump showed off his golf swing at the LIV Golf Bedminster Pro-Am Event on Thursday.

The event was played at Trump National Golf Club in Beminster, New Jersey, one of the 17 Trump-owned courses worldwide.

While Trump isn’t a big hitter off of the tee, his swing is tailor made for solid approach shots and strong iron play. His unique swing path allows him to hit the ball with power on an inside path.

Check out Trump swing while teeing off at the LIV Golf Bedminster on Thursday:

Donald Trump tees off at the LIV Golf pro-am pic.twitter.com/1Buzj40Psp

Trump and His Caddy Ride In Style At LIV Golf Bedminster

Trump made headlines for playing in the Pro-Am alongside his son Eric, Dustin Johnson, and Bryson DeChambeau.

He also caught the media’s attention at the tournament.

The former President also caught the eye of golf fans on Twitter, who caught Trump riding around while his caddy was hanging onto the back of the cart.

Check out the video of Trump and his caddy riding around in the golf carts at Trump National Golf Club below.

Trump and his caddy at the LIV Golf Invitational. pic.twitter.com/z1PjUZxSqC

The former President is apparently an excellent golfer.

According to Golf Digest, Trump has a handicap of 2.8 and his best round of golf on his handicap index is 70, an indication that he can really play when at the top of his game.

18-time Major Champion winner Jack Nicklaus even called Trump “the best player” among he has played with, even comparing his.

Here’s what Nicklaus had to say about Trump’s ability on the golf course:

“Trump plays pretty well. He plays a little bit like I do. He doesn’t really ever finish many holes. But he can hit the ball, and he goes out and plays and just enjoys it. But he’s won several club championships. He can play.” 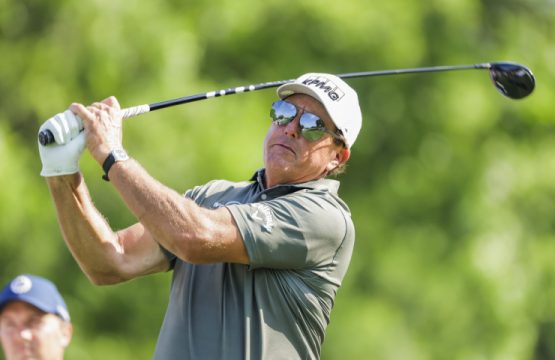 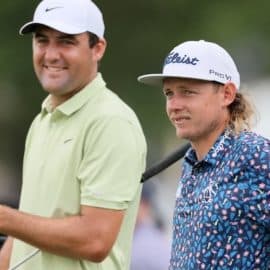 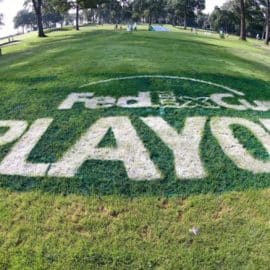 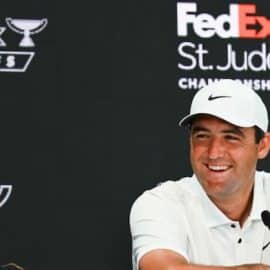 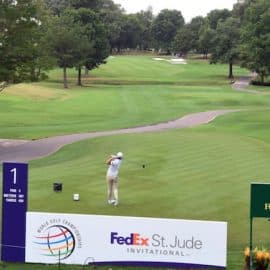 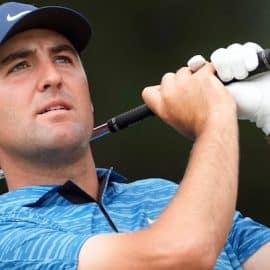