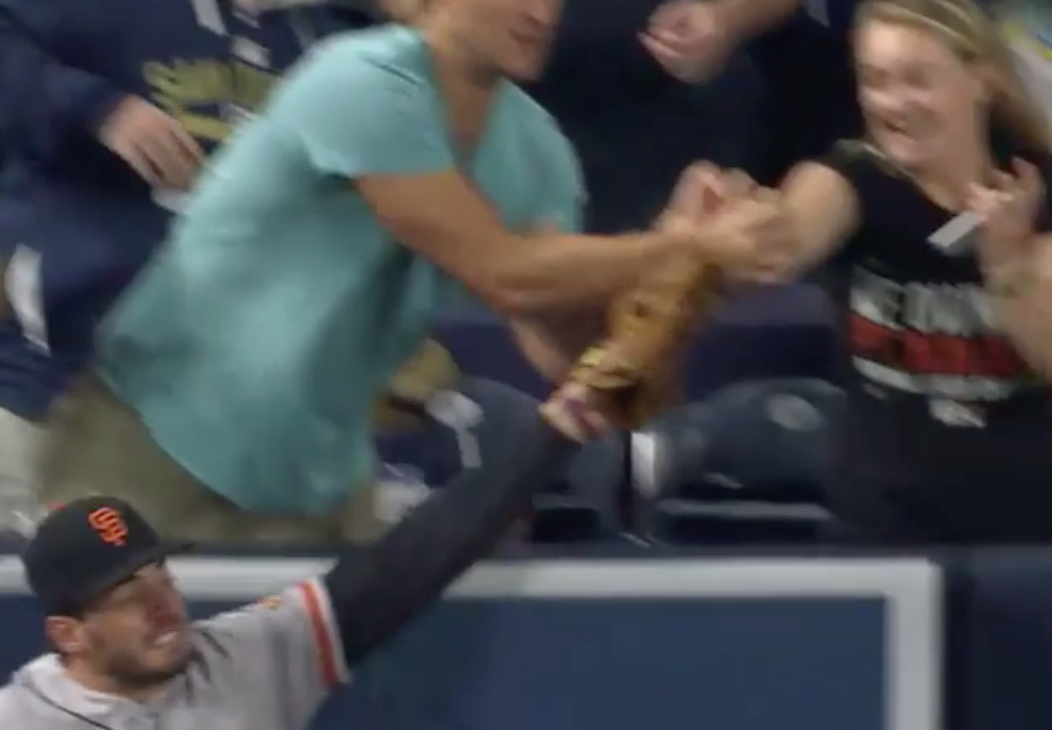 It appeared as if Giants outfielder Chris Shaw was going to produce a highlight-reel play during Tuesday’s game against the Padres, and he probably would have, had a fan not intervened.

The play in question took place in the fifth inning of the game, when Padres outfielder Franmil Reyes crushed a pitch to left field. It looked as if the ball was destined to land in the stands, but Shaw had other plans. He timed his jump perfectly, reached his glove out and it appeared as if he was going to make the catch, but a fan reached his hand in and hauled the ball in just before it was going to likely drop into Shaw’s glove.

You can watch the entire sequence of events here.

The umpires reviewed the play, and eventually declared it to be a home run. As for Shaw, it appeared as if he was going to rob Reyes, but it was he who ended up getting robbed — by the fan.