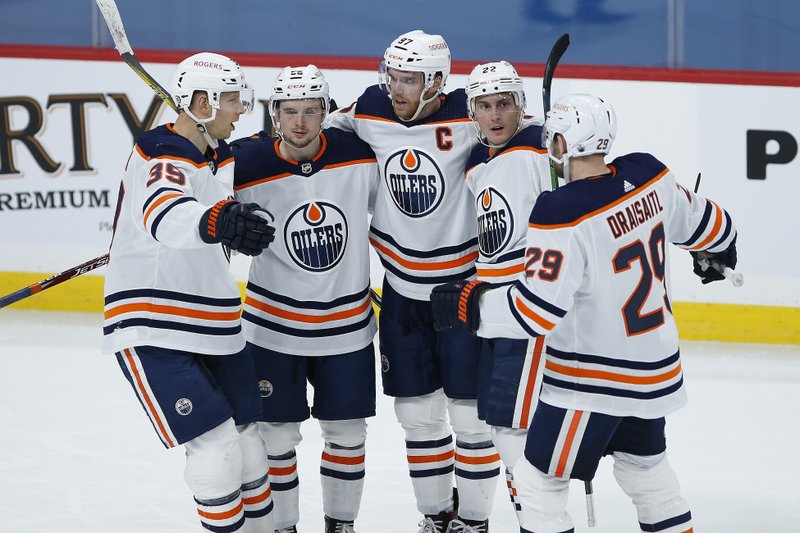 After a busy opening day of free agency, the Edmonton Oilers are quite a different team. The club bought out the contract of forward James Neal, then re-signed D Tyson Barrie to a three-year deal. Once that was official, the Oilers signed free agent Cody Ceci to a four-year deal, and dealt D Ethan Bear to Carolina for F Warren Foegele.

Foegele wasn’t the only new forward heading to Alberta. The Oilers inked Zach Hyman to a seven-year deal, then added Derek Ryan on a two-year pact. The result is a forward group that is deeper than most in recent memory.

Here’s a look at the depth chart, as we see it, for the club after day one of NHL free agency.

There are still some questions to be answered, even after the heavy lifting already done by General Manager Ken Holland. He can take a breath, but the time for rest is not here yet.

So, what comes next for the Oilers?

Sign the RFA’s – Foegele and Yamamoto will both need new contracts, as do Tyler Benson and Cooper Marody. The expectation is that both Benson and Marody will come in at under $1,000,000 per year. Benson is more likely to sign a two-year deal, while Marody likely prefers a one-year pact.

Add a left-shot defenseman – Russell and Lagesson are both on the roster above, but it’s likely that Holland adds a defenseman in the coming weeks. He admitted as much when he met the media on Wednesday afternoon.

Ideally, Holland would add a defenseman capable of pushing Russell into the seventh defense slot. That may not be possible with the current cap situation, but the Oilers will keep an eye on the market and look for value here. More defensive depth is a priority.

Physicality and shutdown ability are also boxes any kind of addition would need to check.

Add a bottom-six winger – Holland doesn’t want Benson and 2020 first-round draft pick Dylan Holloway to come to training camp with a guaranteed roster spot. He wants them to earn their spot on the roster, which means competition is coming.

Ideally, the Oilers want to add a cheap veteran winger that can provide leadership, gritty play and some penalty killing ability.

Options are limited on the free agent market, but Marcus Sorensen, Michael Frolik and Mark Jankowski could be options. That trio won’t break the bank, and all three could be options later this summer as PTO’s.

Continue the goaltending search – There are no promises that Holland will be able to get the job done here. He tried on free agent Linus Ullmark, but wasn’t willing to meet the price that the Boston Bruins were offering. The club came close on G Darcy Kuemper of the Arizona Coyotes, but were outbid by the Colorado Avalanche.

As it currently stands, the Oilers will go to training camp with Mike Smith and Mikko Koskinen once again as their NHL duo. Alex Stalock and Stuart Skinner will be there too, but neither is expected to wrestle a spot away.

Holland will likely check back in with the Columbus Blue Jackets. He’s had conversations with them in recent weeks, with Joonas Korpisalo the likely target. Alexander Georgiev of the New York Rangers is openly looking for a trade, and could be a target as well.

However, with the dust settled, it’s hard to see where Holland upgrades his goaltending. He’s used his best NHL trade chip in Ethan Bear, is mostly capped out again and has yet to discard of the final year of Koskinen’s contract.

The veteran manager will look around, but it looks like another year of Smith/Koskinen is incoming.