Your Morning Dump… Where we look at the latest coaching rumors 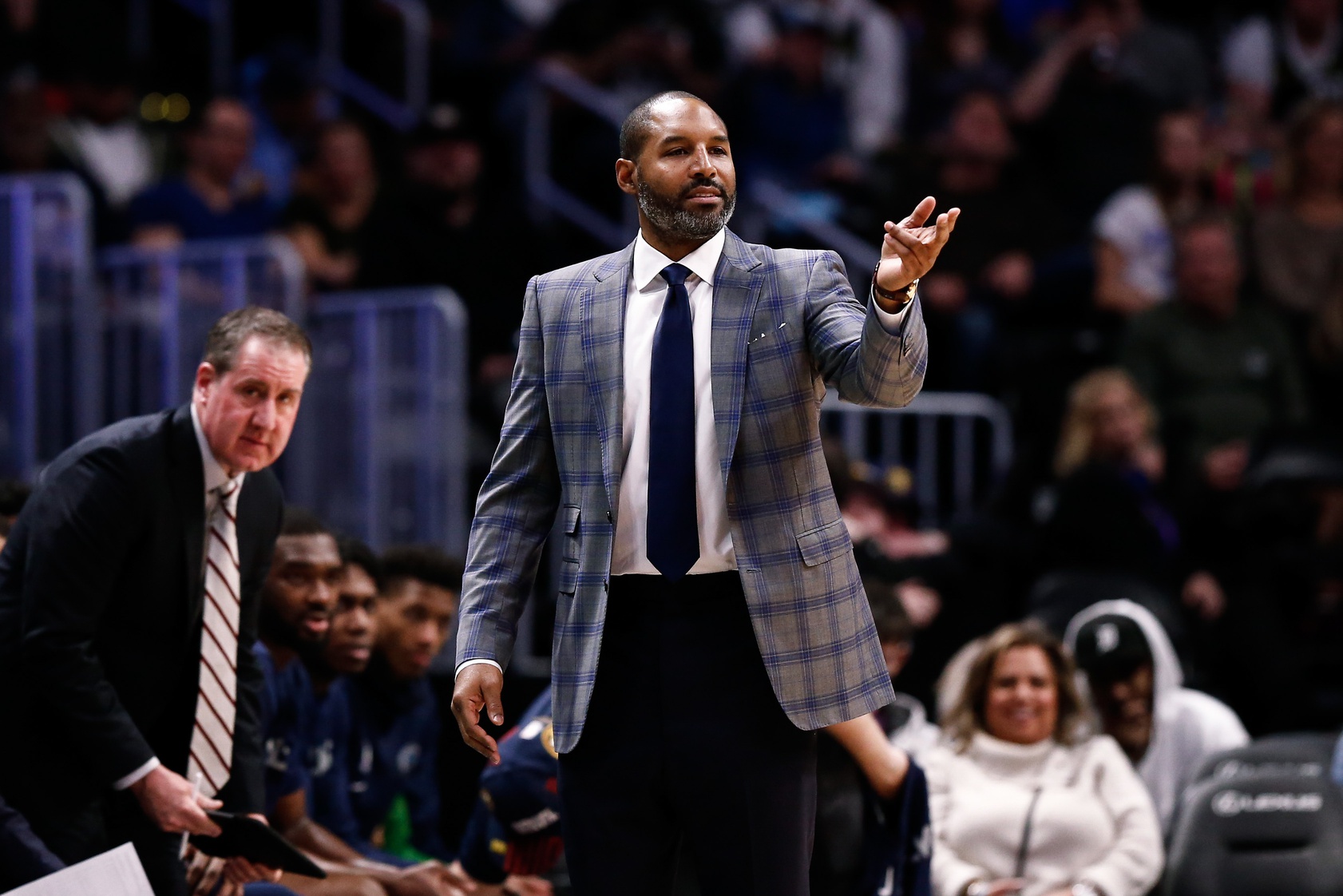 In addition to the guys we discussed last Friday (Darvin Ham, Ime Udoka), we’ve got a new name to digest: David Vanterpool.

Vanterpool is a 48-year old assistant with Minnesota. He spent 15 years knocking around the Euroleagues, Russia and China with brief stops in the U.S. playing for the CBA, the ABA (not that ABA, the other one), and short stays with the Pistons, Nets and Wizards–however he only saw time on the court with the Wizards.

He started as an assistant with CSKA Moscow and his first U.S. gig was with the Thunder. He moved over to the Trail Blazers in 2012, and has drawn glowing reviews from C.J. McCollum and Dame Lillard. He’s interviewed for a ton of head coaching gigs in the NBA and hasn’t gotten one: He was up for the Sixers job in 2013, the Nuggets job in 2015, the Magic in 2016 and 2018, the Cavs in 2019 and the Rockets in 2020.

When the Timberwolves fired Ryan Saunders they didn’t even interview Vanterpool before hiring Chris Finch from the Raptors.

He’s reportedly brilliant at player development, and I would not read too much in the failure of teams like the mid-decade Nuggets, the Magic or the Cavs to hire Vanterpool. The Magic and Cavs are almost congenitally incapable of recognizing coaching acumen when they see it.

We also have this particular rumor to deflate:

Per league sources, #Nets assistant coach Mike D’Antoni is receiving interest for the #Blazers, #Celtics and #Magic HC jobs. The Nets will grant interview requests for D’Antoni — following the playoffs.

We have “league sources” providing a very specific list of teams that are interested in exactly one candidate.

Mike D’Antoni might win a championship with the Nets, but you can bet that he doesn’t want to end his career as an assistant coach, and I have no doubt that he is busy circulating rumors of teams that are interested in him regardless of whether or not they are, in fact, interested in him.

For the C’s, especially, I think D’Antoni is a hard pass. They just hired a president of basketball operations who’s a few months younger than me (not yet 45), they’ve got star players in their early 20s, and I don’t think they envision a scenario where Jaylen and Jayson hit their prime playing for a guy who’s closer to 80 than 70 and won’t let go of the reins. And I don’t think they want to hire a guy just to fire him in four or five years. That might be the way 85% of the NBA operates, but it’s the 85% that’s perpetually mediocre–or worse.

Kara Lawson joined Bleacher Report for an AMA and was asked about the C’s coaching vacancy. Her answer was a classic bit of deflection that shows her advanced aptitude in at least this aspect of being a coach

@Saintsguy1341: If offered, would you take the Celtics job?

I’ve done really well in my career by focusing on myself in the moment. I loved my time in Boston. I loved coaching those players. It was a special time in my life. The speculation, you can chase a lot of rabbits down a lot of holes.

We can be almost certain that Lawson hasn’t interviewed for the C’s job, yet, but I expect that she may be an early interview and that she would be interested in that job.

What is missing from her reply is any overt commitment to Duke. She is not a Dukie–far from it, in fact. Her college career was with SEC rival and WBB powerhouse Tennessee, so I can’t imagine that she has emotional ties to the program the way Juwan Howard, for instance, has ties to Michigan.

Page 2: Where Stevens also has to start thinking about Robert Williams

Williams is in the midst of making a transition from “amazing athlete who plays basketball” to “basketball player with amazing athleticism.” Whether it be by divine intervention or downloading a yoga app, it would be nice if he can stop getting hurt as he climbs out of the chrysalis.

Hiring a new coach isn’t the only challenge facing Stevens. In addition to trying to figure out what to do with (and how much to spend on) Evan Fournier, Williams is entering the final year of his rookie contract. The C’s have the opportunity to negotiate an extension which basically serves as a proxy for how they expect his health will turn out over the next several years.

In Chris Forsberg’s Celtics Talk Podcast, ESPN’s Bobby Marks speculates Williams could see an extension in the range of 4 years, $72 million (wow) which is similar to the extensions signed by OG Anunoby and Myles Turner:

Tatum and Brown are the kind of players who will go as far as their work ethic takes them. They are both sufficiently athletic that it will be years before they have to alter their game to account for more athletic defenders.

Williams is in a different category. His work ethic and his athletic ability are not in question; it’s his long-term health. He’ll go as far in this league as his health permits him.

These nagging hip and knee issues may require ongoing management, and that creates a second challenge for the C’s, who may end up having to find another talented big willing to basically job-share with Williams.

On the other hand, we don’t really know what the long-term prognosis for his hip condition is; it’s possible that he ends up only having to deal with occasional flareups of the PAES in his knees—basically missing a game or two every now and then. That’s the ideal case, and one which Williams’ agent is probably going to push when it comes time to negotiate an extension.