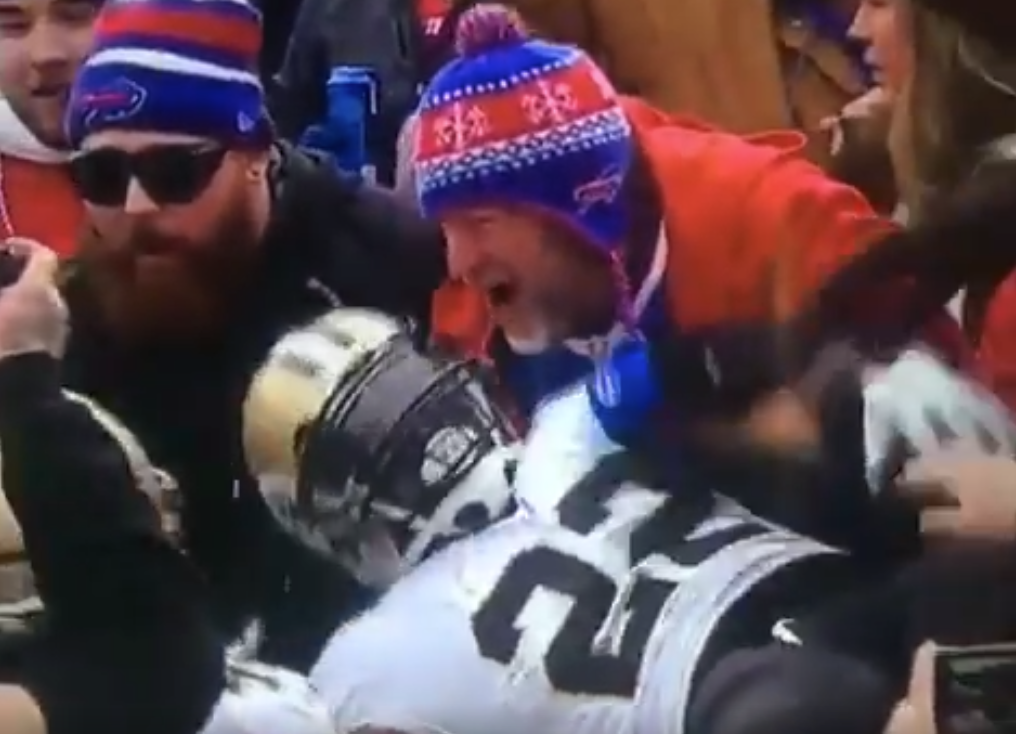 Bills fans have no chill.

Saints running back Mark Ingram learned that lesson during the first quarter of Sunday’s game, after rushing for a touchdown from one yard out.

Ingram elected to celebrate by leaping into the stands — which really isn’t a great idea when in Orchard Park — and he managed to find a few Saints fans who were there to embrace him.

There were a lot of Bills fans in the area, too, obviously, and one of them threw a cup of beer at Ingram, the contents of which splashed all over him.

"Hey Mark Ingram, lemme get you a beer." #NOvsBUF pic.twitter.com/7vE4PdxUjN

That wasn’t a very smart move by Ingram, but the fan should have had enough common sense to refrain from their classless gesture.