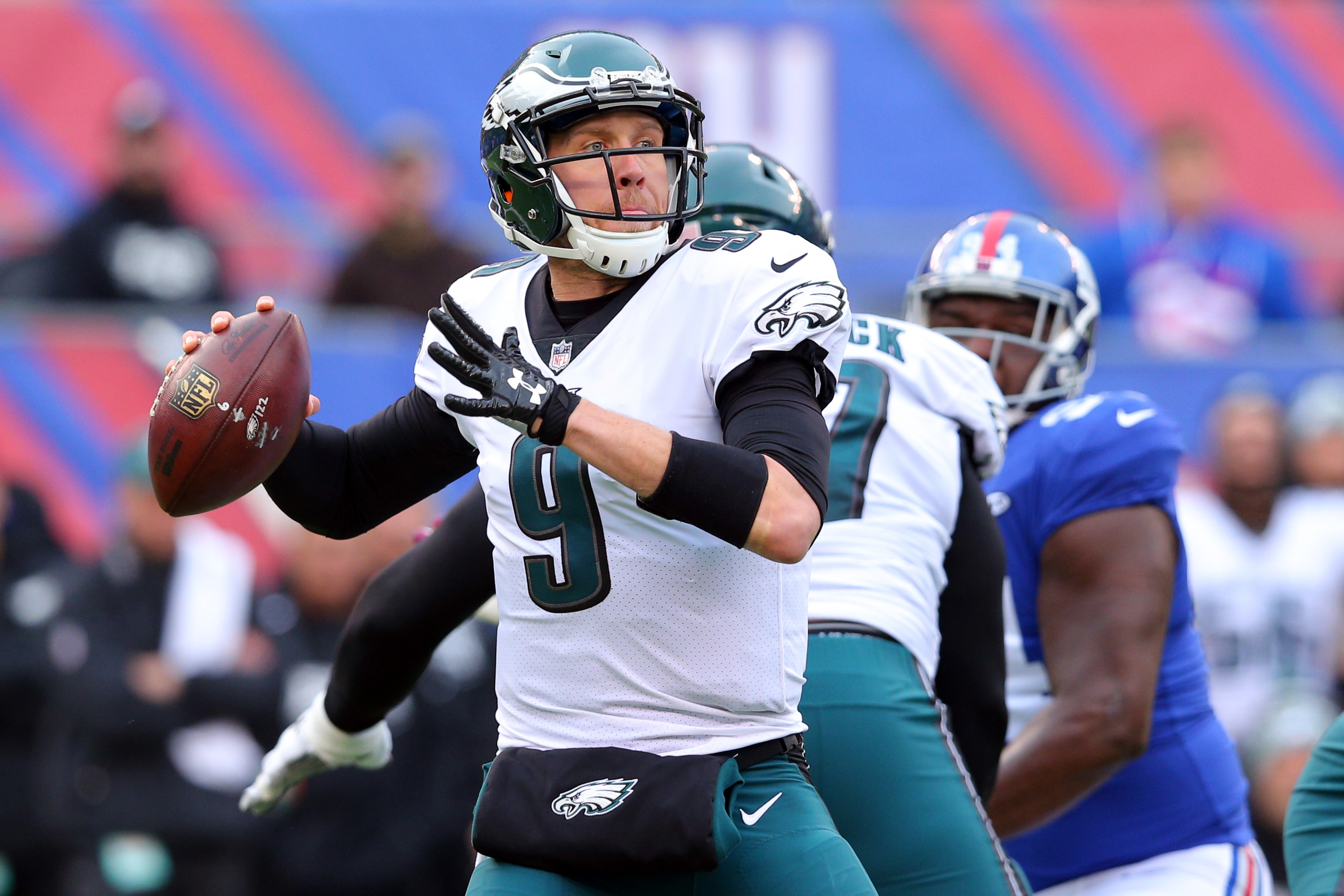 A week after the Eagles’ season got rocked with the loss of quarterback Carson Wentz, Nick Foles stepped in with four touchdown passes, lifting the Eagles to a 34-29 victory over the New York Giants.

The Eagles did get early points when quarterback Nick Foles led a seven-play drive which resulted in a three-yard touchdown pass to Alshon Jeffery.

Late in the second quarter, the Eagles defense would finally step up with a Ronald Darby interception, setting up the Eagles for more points. The Eagles took advantage with a drive which resulted in a 10-yard touchdown pass from Foles to tight end Zach Ertz.

Following the next defensive stand, the Eagles special teams would come up huge as Kamu Grugier-Hill blocked a Brad Wing punt well into New York territory. Once again, Foles and the offense took advantage of the gifted field position, this time with a 13-yard touchdown pass to tight end Trey Burton.

Just before halftime, the Giants retook the lead with a 28-yard field goal by Aldrick Rosas.

Going into the second half, the Eagles put together two scoring drives on their first two possessions. Jake Elliott made a 28-yard field goal, and then Foles found receiver Nelson Agholor for a 10-yard touchdown reception.

The Giants would then cut into the Eagles lead with a 57-yard touchdown pass from Manning to King.

Manning and the Giants looked to take the lead again, putting together a drive that set up a 48-yard field goal attempt by Rosas. However, safety Malcolm Jenkins got through the line for a pivotal block.

A 20-yard Elliott field goal would extend the Eagles’ lead late in the fourth.

The Giants were nearing a game-winning drive, however, the Eagles’ defense was able to squander the Giants attempt to reach the end zone, giving them the victory.

Next week, the Eagles will return home for a Christmas night match-up against the Oakland Raiders. Kickoff is scheduled for 8:30 p.m. ET.