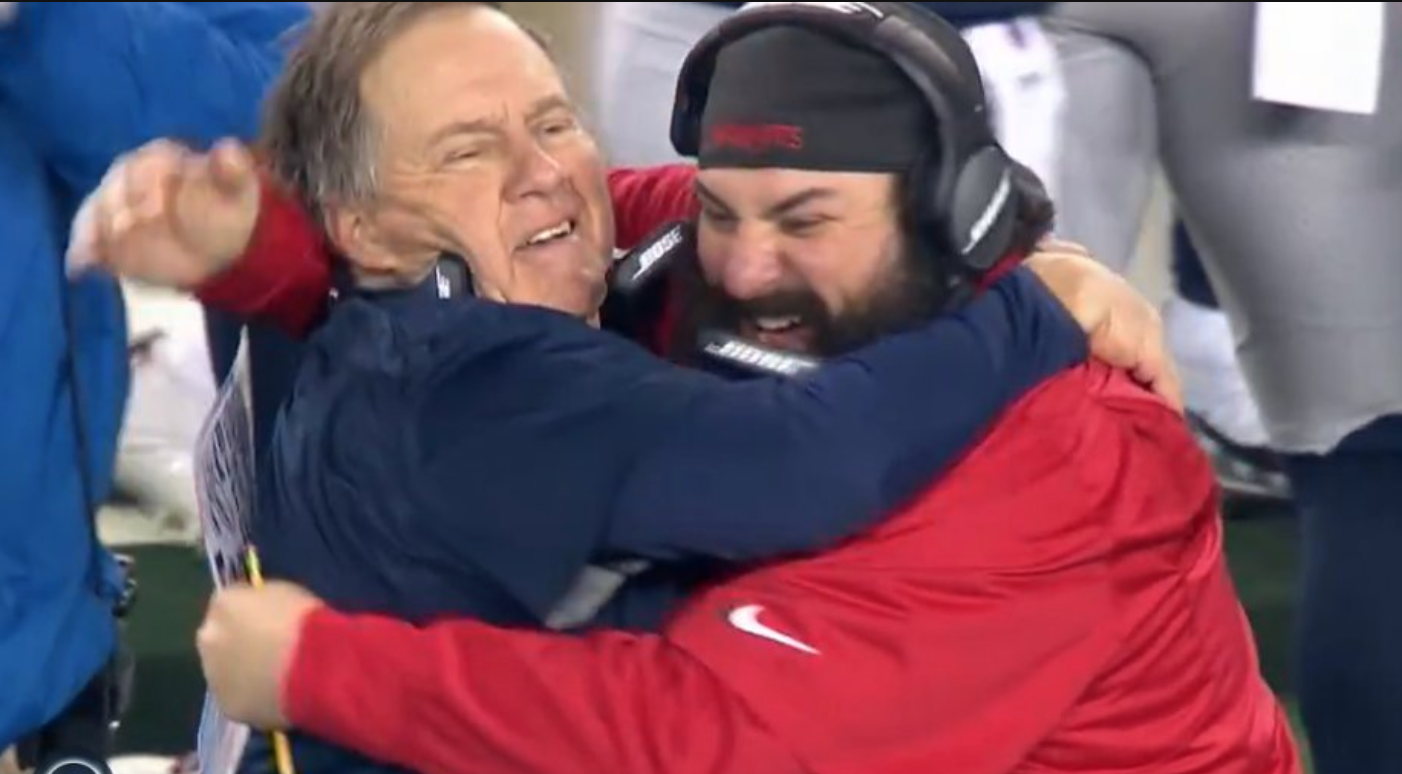 Patriots defensive coordinator Matt Patricia has unfinished business, and will remain with the team for one more game before departing to become head coach of the Titans.

Patricia and the Patriots defense shut down the Jaguars in the second half of Sunday’s AFC Championship game — holding them to only two field goals, en route to a 24-20 victory. The Patriots are now Super Bowl bound, and both Patricia and Belichick appeared to be excited about the big win after the final seconds ticked off.

Belichick and Patricia shared an emotional hug on the field after the win, which you can watch below.

That’s about as much emotion as you’ll see Belichick show on the field. It was a powerful moment, and the two will have one last chance to coach alongside each other in Super Bowl LII.