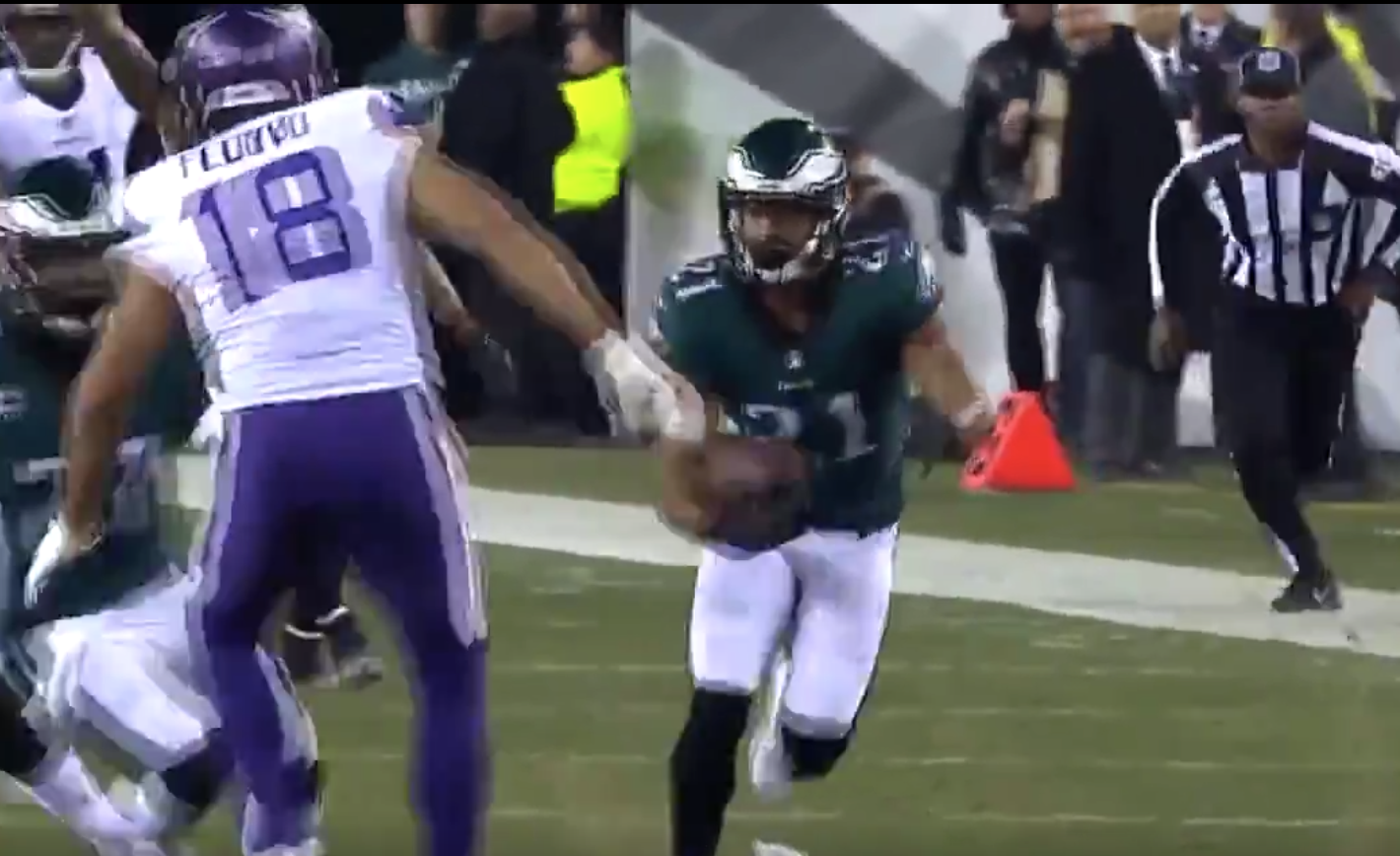 Eagles cornerback Patrick Robinson showed just how dynamic he is with the ball in his hands during Sunday’s NFC Championship game.

It happened midway through the first quarter, with the Vikings facing a third-and-8 situation. Quarterback Case Keenum dropped back to pass, but was pressured by Eagles defensive end Chris Long. Long managed to hit Keenum’s left hand, and also took a swipe at the Vikings quarterback’s chest, which clearly affected the throw.

The result was an interception for Robinson, and the Eagles cornerback did the rest. He followed his blocks and eventually ran across the field. Robinson then found some real estate near the sideline, and only Vikings running back Jerick McKinnon had a chance to tackle him toward the end of the play. Robinson, however, instructed teammate Ronald Darby to throw a block to spring him. Darby did his job, and the result was a 50-yard touchdown.

.@PatRobinson25 PICKS off Case Keenum.
Sets up his blocking.
And takes it to the HOUSE.

That play tied the game at 7-7 and helped shift the momentum in the Eagles’ favor, with the Vikings looking strong up to that point.