Nolan Arenado, Luis Perdomo both suspended for role in brawl 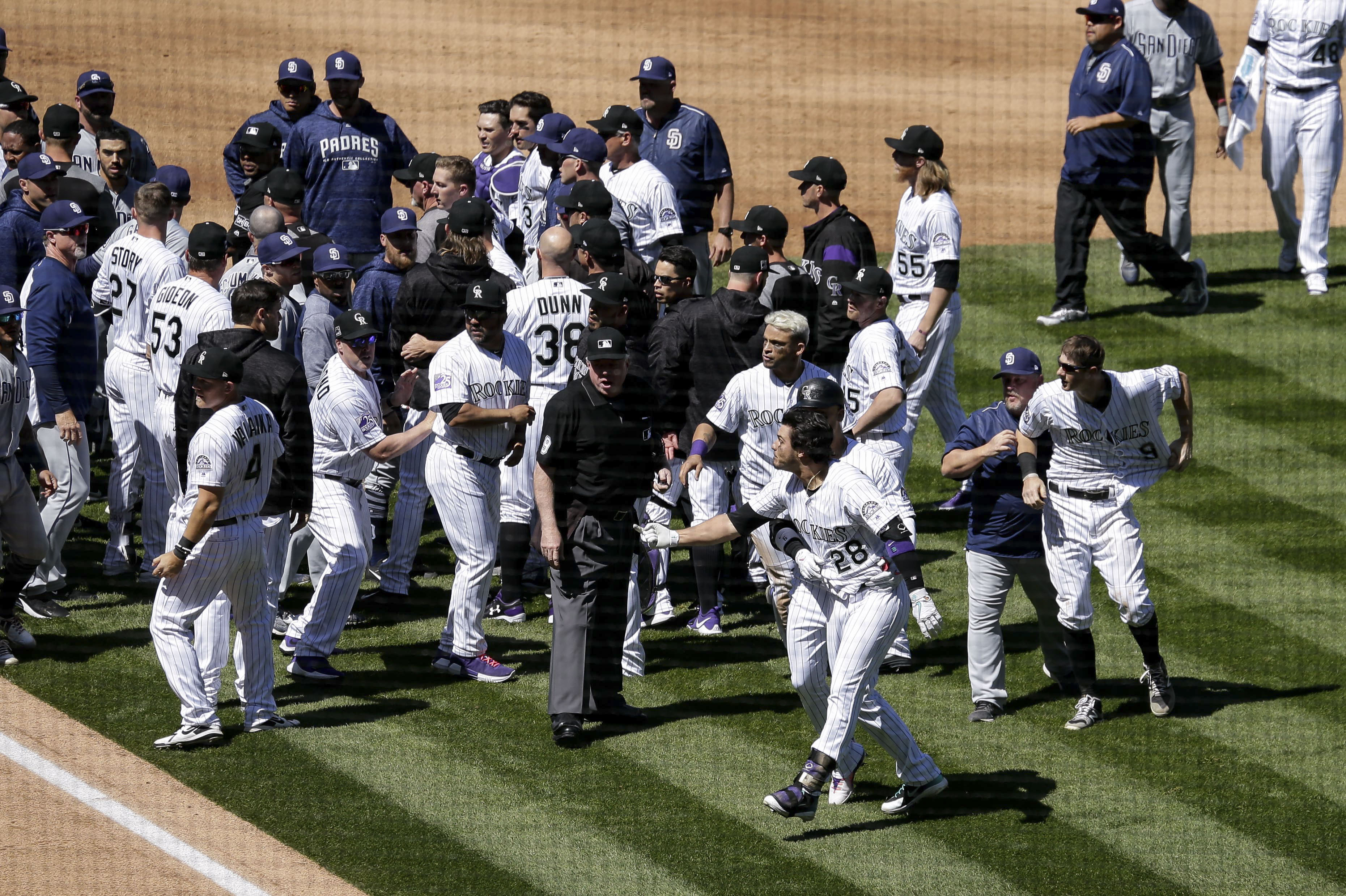 Nolan Arenado, Luis Perdomo both suspended for role in brawl

The brawl between the Padres and Rockies that took place earlier in the week did not come without punishment.

We all remember when Nolan Arenado charged the mound after a pitch was thrown behind him by Luis Perdomo, apparently in retaliation from what happened the game before. Arenado threw multiple punches at Perdomo, who was backpedaling, and it was an ugly scene.

Benches immediately cleared, punches were thrown and a number of players were ejected. And now, they’ve been suspended, with Arenado and Perdomo at the top of the list.

This comes to the surprise of well, no one. Both players deserved lofty suspensions, and the Rockies will clearly miss their star player on the diamond.

Arenado’s actions now look a bit more selfish than they did at first glance.