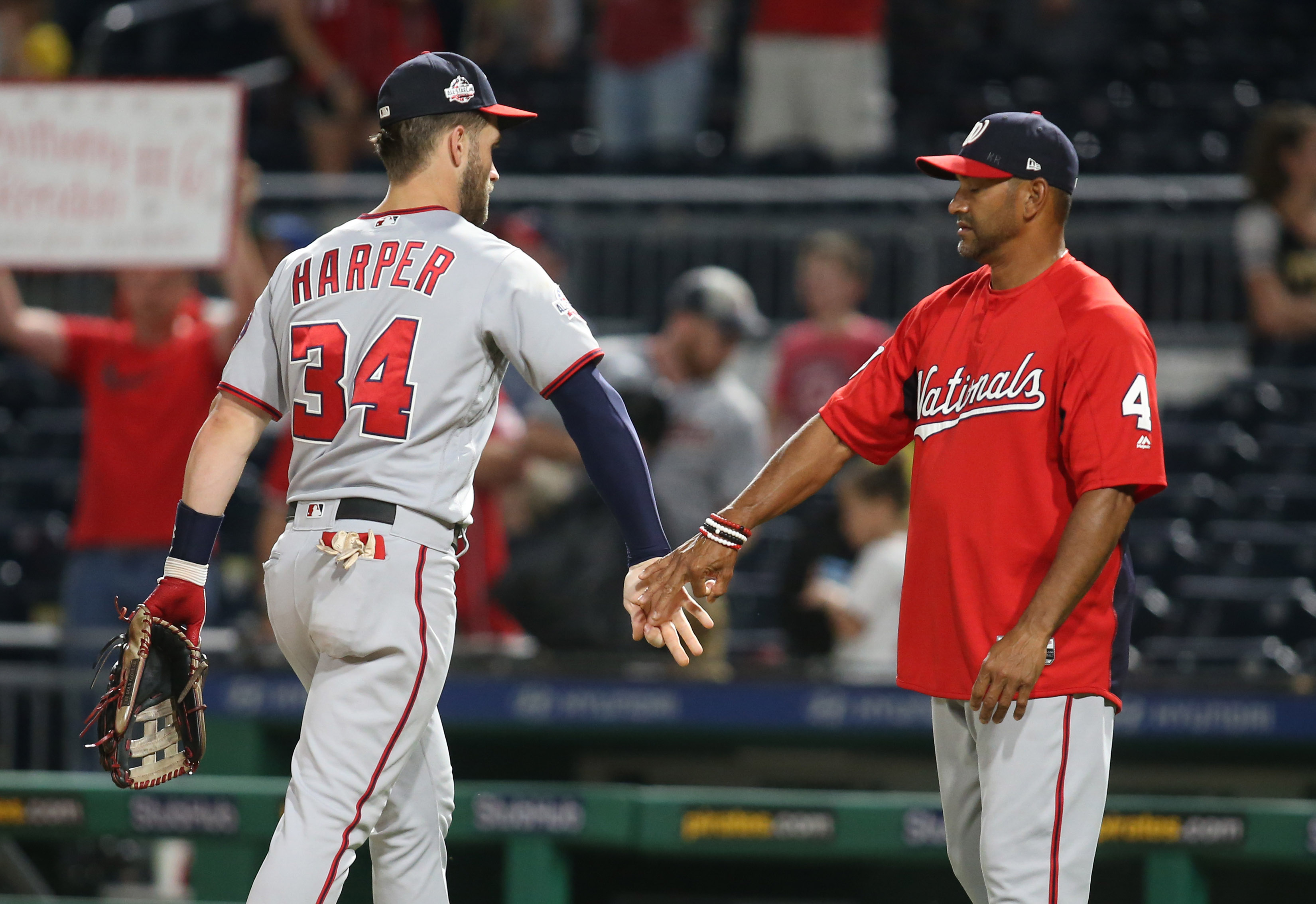 Bryce Harper just recently won the 2018 Home Run Derby, and did so in epic fashion, catching fire late in the final round to surpass Kyle Schwarber.

Not only that, he did so at the friendly confines of Nationals Park, in front of many fans that cheer for him on a routine basis.

This could be the final season in which he’ll be calling Nationals Park home, though. Harper is playing out a one-year deal, and is set to become a free agent once the 2019 league year begins. He was recently asked about it, and didn’t shy away from the topic, acknowledging “this could be possibly my last year in D.C.” on Monday.

Nationals manager Dave Martinez was asked about Harper’s impending free agency on Tuesday by 106.7 The Fan’s Danny Rouhier and Grant Paulsen during a radio appearance. He went in a different direction than Harper in answering the question, saying that the Nationals slugger has indicated he wants to remain with the Nationals in the future.

“Here’s a kid that was in the league at 19, he’s going to be a free agent, never talks about being a free agent, wants to play in Washington,” Martinez said, as transcribed by Scott Allen of the Washington Post. “He’s told me that numerous times, so he doesn’t even think about that. All he thinks about is winning a championship here, now. And he wants people to be in. That’s what he wants.”

It’s interesting that the Nationals manager and its star slugger shared different takes in discussing Harper’s future. We’ll just have to wait and see where he ends up.