A Sad Finale for the Raiders In Oakland 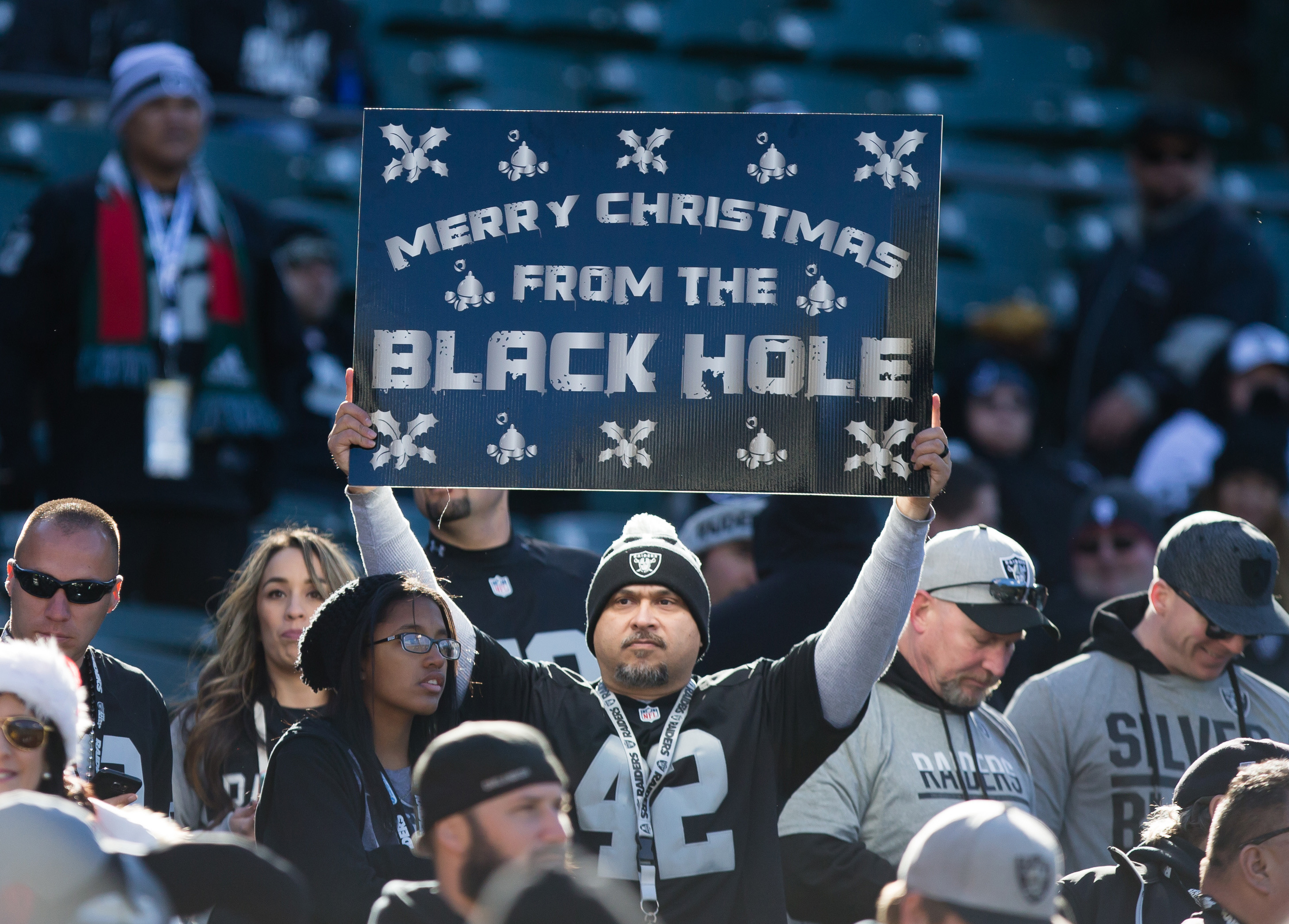 A Sad Finale for the Raiders In Oakland

Monday night will mark the end of an era in the National Football League. It will likely be the last time the Raiders play a home game in Oakland.

The Raiders were original members of the AFL back in 1960 and after Al Davis took over as owner, they became one of the most successful organizations in football. No other franchise in the NFL reached a Super Bowl in the 60s, 70s and 80s. The Raiders, like their owner, were mavericks and rebels and were a perfect fit for the blue-collar ethos of the city of Oakland.

Much like the Brooklyn Dodgers of the 1940s and 50s, the Raiders of the late 60s and 70s were a part of the community. The players interacted with the fans and were a part of city they played in. There was a sense of community established that created a unique bond between the players and the fans.

It certainly helped that the Raiders were one of the great teams in NFL history and one of the most colorful. Head coach John Madden was a legend even before he became the best-known broadcaster in the business or the face of a video game. The players had colorful nicknames to match their personalities like “The Snake” (Ken Stabler), “The Assassin” (Jack Tatum), “The Mad Stork” (Ted Hendricks) and “Dr. Death” (Skip Thomas).

The Raiders qualified for the playoffs 10 times in the 11 seasons between 1967-1977 and won Super Bowls in 1976 and again in 1980. Their hard-hitting matchups with the great Pittsburgh Steelers teams of the 70s are the stuff of legend. The games the team played were so good they had nicknames like “The Sea of Hands,” “Ghost to the Post” and “The Holy Roller.”

The franchise remained in Oakland until after the 1981 season when maverick owner Davis sued the NFL to relocate his team to Los Angeles and won. The fans in the Bay Area, always among the most loyal and devoted in football, felt betrayed by the move.

The team played in the Los Angeles Coliseum from 1982-1994, winning another Super Bowl behind Jim Plunkett and Marcus Allen in 1983 before returning to its original home in Oakland before the 1995 season.

Once again, the city of Oakland devoted themselves to their beloved Raiders. The team didn’t win as much as the game appeared to have passed Al Davis by towards the end of his life, but the Raiders did make one last Super Bowl appearance under Jon Gruden after the 2002 season.

Despite the team’s lack of consistent success on the field, the fans remained dedicated to their team. Oakland was always considered a difficult place for opposing teams to visit and the south end zone, known as “The Black Hole” became a loud and boisterous place that made opponents wary to head into the Oakland Coliseum.

“Batteries, chicken bones, coins, you name it,” former New York Jets center Kevin Mawae told the New York Times in 2003 when asked about what items he has dodged from the stands in Oakland. “I’ve had it all. You just hope you don’t get backed up, and when you do, you keep your helmet on.”

Former 49ers coach Steve Mariucci recalled how his team was greeted when they entered the stadium. “They are verbalizing about your mother and your brother and your sister, your girlfriend, all during the warm-ups. What are you going to do? Charge the mound?”

Things aren’t quite the same in Oakland these days, on or off the field. The Raiders have been terrible in recent seasons, making the playoffs only once since that last Super Bowl appearance in 2002. This season, the team brought Gruden back to coach, but the result has just been a 3-11 season. Gruden orchestrated the trades of two of the team’s best players, Khalil Mack and Amari Cooper only to see them thrive on their new teams. The Raiders are stockpiling draft choices and building for the future.

Meanwhile, the Oakland Coliseum is arguably the most run down and outdated facility in the NFL, known as much for its substandard facilities and flooded bathrooms as it is for its enthusiastic fans. The city is still struggling to pay off the renovations they made to lure the team back in 1995 while the fans are preparing as the team they love is about to abandon them for the second time. Next year, they may be playing somewhere else in the Bay Area or San Diego before moving permanently to Las Vegas in 2020.

Monday night’s game will be a sad occasion, almost like a funeral. A long-term relationship will be ending, and loyal fans will be left with only memories.

“It really gets you because of the finality of it,” Madden told the San Jose Mercury News. “With the stadium now, when they move out, that’s going to be torn down and it’s going to be a high-rise or some doggone thing and there’ll be no more Oakland Raiders, there’ll be no more history of the Oakland Raiders. That really bothers me. Not just me personally but all the Raiders fans over all those years and all the great players and great games. Just boom, it goes away…”

Gone, but not soon forgotten…