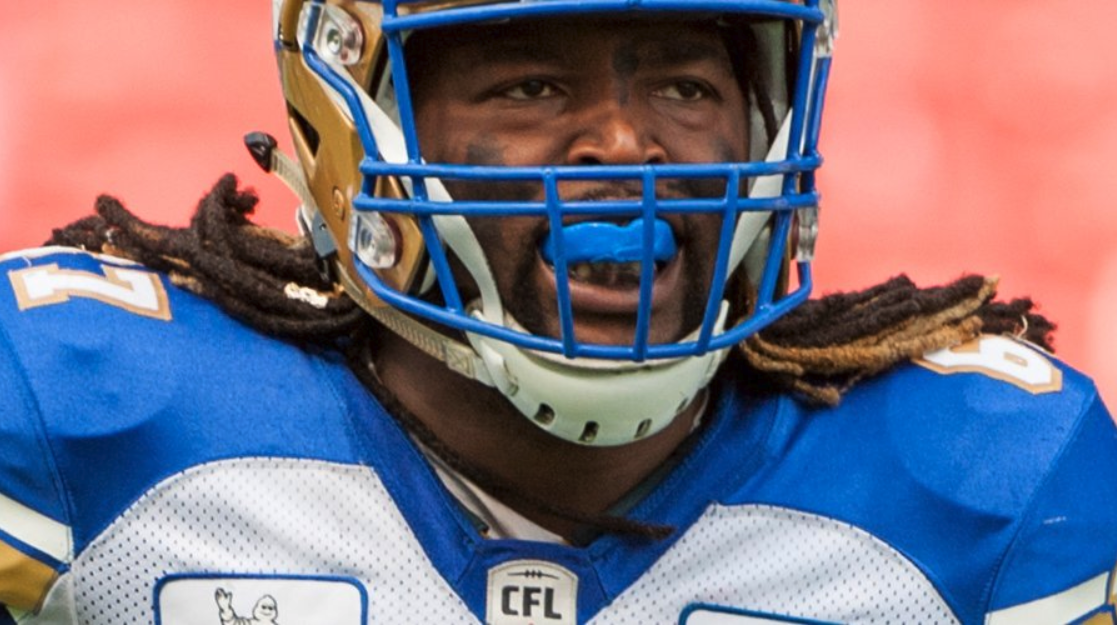 The Toronto Argonauts are doing all they can to plug the interior of their defensive line, so to speak, and they may have find the perfect candidate in Cory “Poop” Johnson.

The team announced they had signed Johnson on Wednesday, and he figures to be able to start right away. Johnson has plenty of CFL experience, having played for the Winnipeg Blue Bombers the past two seasons. He was active during that time, having racked up 28 tackles, and also recorded five sacks, which is great for a 300-pound two-gap lineman.

Johnson played two seasons at the University of Kentucky, where he racked up 77 tackles — 12 of which went for a loss, showing he has the athleticism to get into the backfield. He also forced two fumbles during that tenure.

It was at Kentucky when he earned his “poop” nickname. Johnson once told a reporter he tries to poop five times a day, or at least three times. That’s a lofty goal, and seems painful. Anyway, he admitted that he poops so much his weight actually fluctuates between 280 and 300 pounds. That’s serious business.

In honor of former @UKFootball defensive lineman Cory "Poop" Johnson's new CFL deal, let's remember how he got the nickname in the first place. pic.twitter.com/9UcdK5AMTV

What isn’t serious, and is fun, is what social media had to say about the signing. Check out some of the funniest reactions.

His last name is "Johnson" and 1st name is poop…. just a thought pic.twitter.com/xEtVPZxk2C

Nobody fills the two-gap better than Poop Johnson. https://t.co/V4PUc31sHj

Awfulness on his parents part.

Toronto signed a guy named "Poop Johnson" and but this.

Wtf is going on Canada right now? Are they just doing an impression of Florida for a day?

Poop Johnson and Turd Ferguson would make a great double team on the interior. https://t.co/oI0rryotPS

Poop truly can do it all. He has good hands, and can catch, as well.

We can’t wait to see Poop in action.