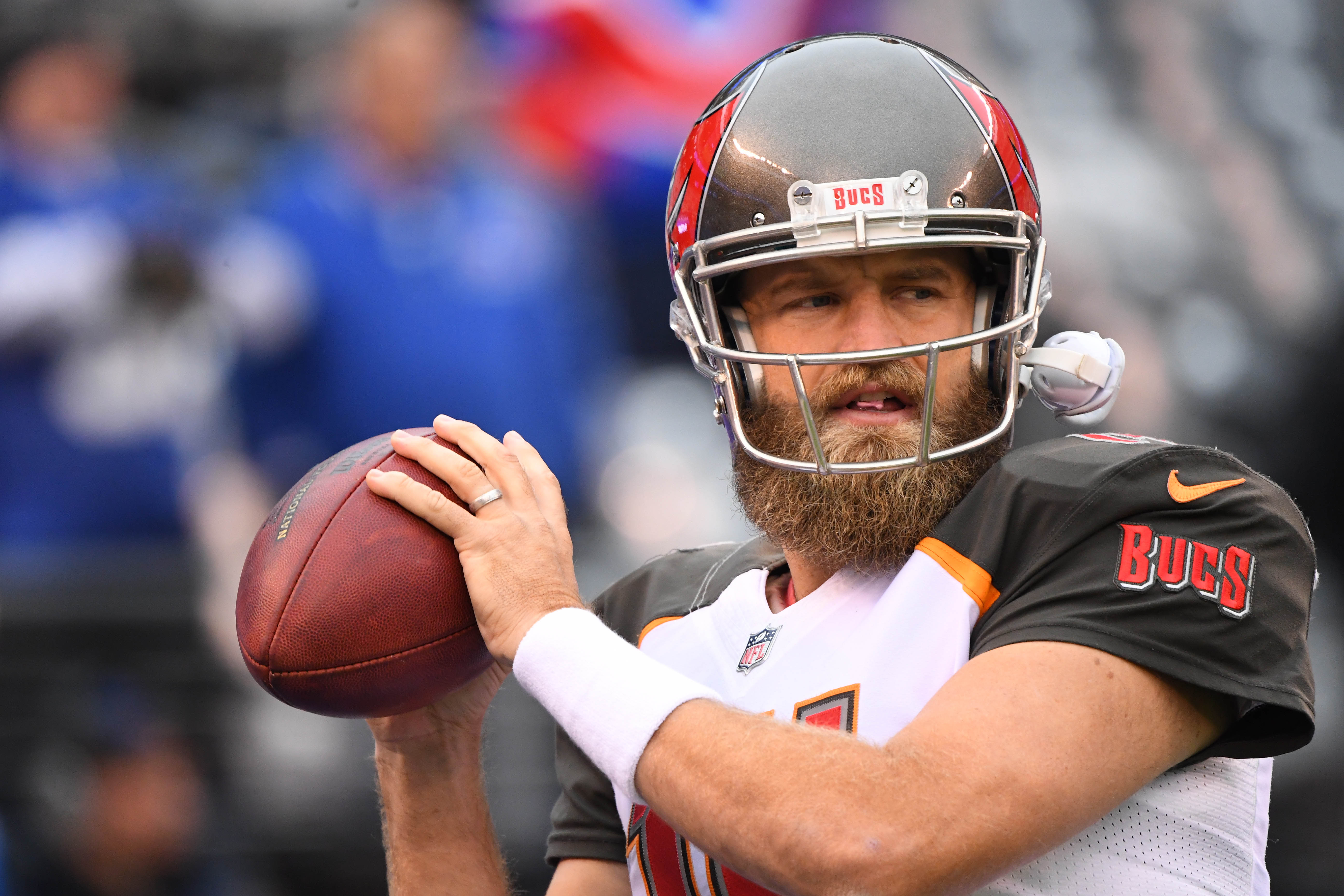 Journeyman quarterback Ryan Fitzpatrick has played for seven different NFL teams, and now, having been signed by the Dolphins, he’ll soon be suiting up under center for his eighth.

Fitzpatrick is 36 years of age, and it’s unlikely that he’d be getting an opportunity to start anywhere else, but Miami does make sense for him. The team is treating 2019 as an opportunity to rebuild, and Fitz can serve as a bridge quarterback to the Dolphins’ signal-caller of the future, if they choose to draft one next week.

The bearded gunslinger weighed 225 pounds last year, and in looking at him on the field at OTAs, it appears as if he’s put on a few since that time. He didn’t deny that, either, and instead had a funny reason as to why his weight is up.

Birthday cake — that’s a new one.