Your Morning Dump... Where the team can't wait for next season. 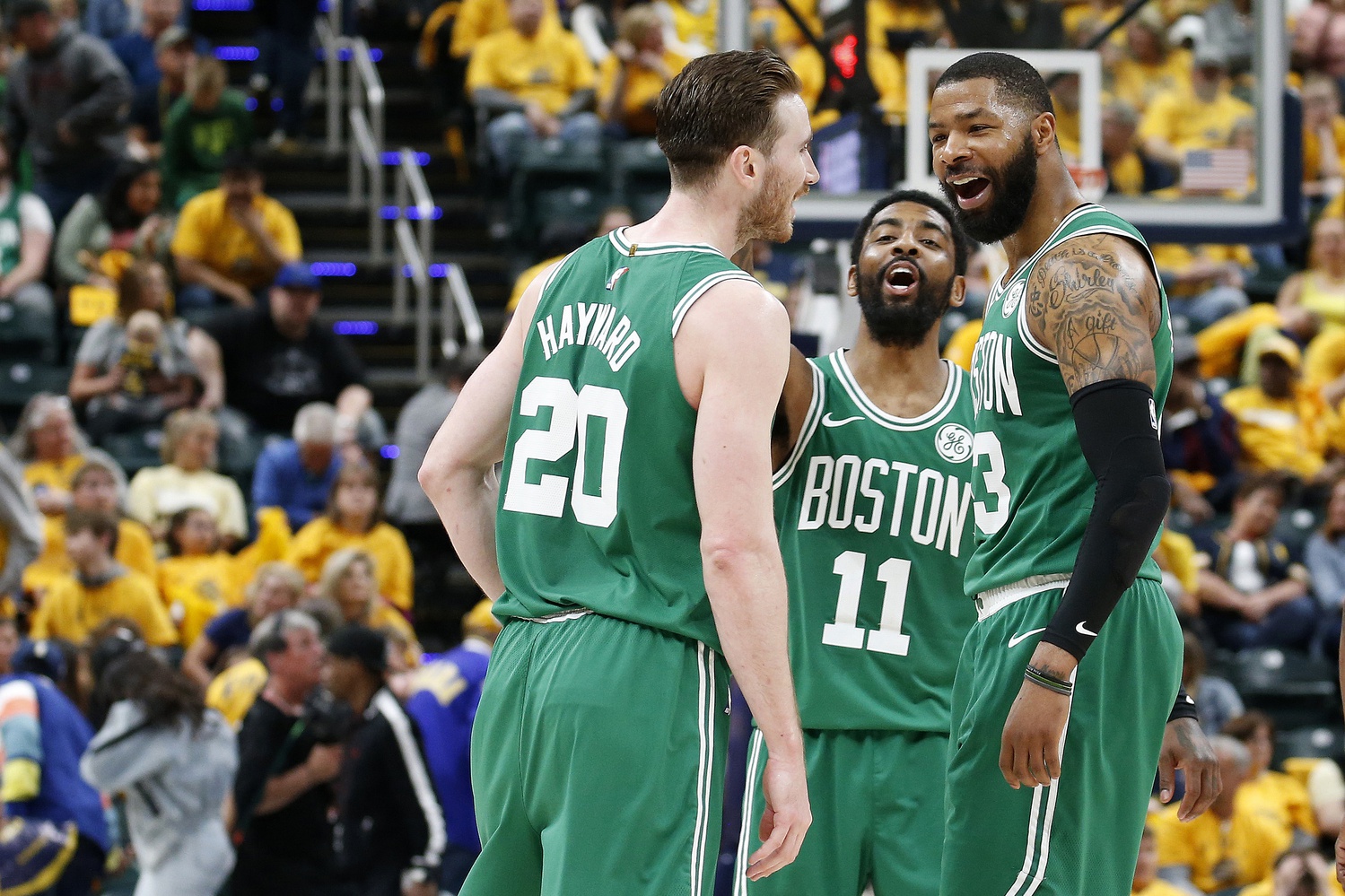 Your Morning Dump... Where the team can't wait for next season.

Adam Himmelsbach landed an interview with departing Celtics’ assistant Micah Shrewsberry, in which he talked about how Stevens worked through his most trying season as a coach, and gave a bit of insight into how the team’s early summer is shaping up.

“But [Stevens is] all the way back and locked into next year and being ready, like, let’s have a great one next year.”

Stevens is hardly alone, Shrewsberry said, with the rest of the staff and even some players already gathering at the practice facility to focus on what comes next. He said there is a hopeful vibe that is noticeable and perhaps even surprising, given what the Celtics just scuffled through.

“It’s kind of a ‘when can we start?’ ” Shrewsberry said. “ ‘How can we get through this summer so we can get back to playing again?’ There’s kind of an optimism, and a bad taste that you want to get rid of quickly.”

This isn’t like the way the team came 12 minutes shy of a Finals appearance in 2018, where they were handed the Eastern Conference crown before the 2019 season started. The way the 2018 season ended left the Celtics smug, overconfident and lazy.

This is a Celtics team that didn’t overachieve–it was embarrassed, repeatedly, and finally before the entire NBA community. To the extent these guys use the insane/inane babblings of guys like Colin Cowherd as motivation, they have been furnished plenty of it. They’ve already been written off for next season, and the loudest of the professional pot-stirrers have already basically called for the destruction of the team.

Fortunately for the team, it looks like they’ve been sufficiently chastened by their own lackadaisical approach to the past season, and are ready to hit the ground running.

Page 2: Where we look at what might happen if the Celtics land Davis and lose Kyrie

This exercise demonstrates the difficulty of some of the decisions Danny Ainge and the Celtics will have to make.

It also shows the wild possibilities for Boston in what promises to be a tumultuous summer. In today’s scenario, that wild summer takes Irving away from Boston, but Ainge decides to deal for Davis anyway.

How does Boston build a good enough team around Davis to keep him long term?

Let’s start with the same trade we executed on Tuesday. We explained why we thought it was a decent deal in that piece.

And now we, John Karalis and Tom Westerholm, will try to fill in the blanks.

While Toronto Raptors blogs are still covering the real world, we in Celtics-land have drifted off into the make-believe world of 2020 rosters and contracts.

Yesterday marked the third installment of Karalis and Westerholm’s ‘Choose Your Own Adventure’ Danny Ainge edition.

First, a caveat: all of these scenarios are highly unlikely. With 15 roster spots and 30 teams, there are a staggering 5.4×10^31* possible roster combinations–or, roughly speaking, more combinations than there are stars in the universe (a lot more–like, 50 billion times more).

Now, granted, rosters are nowhere near that fluid. But while you, the intrepid reporter, might get one or two roster moves correct (it always helps to guess a trade accurately), the final roster is unlikely to resemble that posited in these season preview columns.

However, it’s something to do when, from all other angles, the off-season stretches ahead like a formless waste, with only the draft on the far horizon to look forward to.

So, the question the MassLive beat reporters have set for themselves is, what happens if the Celtics get Davis, but lose Kyrie. I’ll post their results below, but you should definitely check out the articles for the details on how they got there.

Both of these teams look, frankly, horrible. I hate the idea of rewarding Rozier’s season of sulking (because let’s be honest, that’s the issue here–not a morning of ranting on ESPN, but an entire season of self-destructive pouting).

I don’t expect the Celtics to make a hard push for Davis. As has been pointed out ad infinitum, Boston can, unequivocally, make the best offer for Davis. But assuming they will means assuming that Boston will top any and all other offers for Davis.

I’m here to tell you they won’t. Somewhere in some Excel spreadsheet, the Celtics’ “Basketball Intelligence Agency” has a fair price for Davis, and that’s likely to be the final offer David Griffin will receive from Boston.

I don’t think it will top the eventual godfather offer that Los Angeles will make.

We already know that things are looney over in Lalaland. And we all know that the LeBron phenomenon is such that otherwise pointless individuals have been able to rise to a measure of sway and authority in the league by riding on his coattails.

Make no mistake, Rich Paul wants Davis in LA. He may think he wants what’s best for AD, but he doesn’t. He wants what LeBron thinks is the best thing for AD, which–as with Kevin Love–means playing with LeBron, which means, more often than not, watching LeBron play and waiting for a chance to touch the ball on offense.

Point being: Rob Pelinka has about as much business being a GM as I do–and that may be overstating it. I might be more qualified than he is. Pelinka and Johnson landed LeBron in part by giving him unprecedented levels of involvement in personnel moves. If LeBron wants the Lakers to get Davis, the Lakers are going to keep throwing players and picks into the pot until they get Davis.

The Davis situation is very different from the Kawhi situation–and the Kyrie situation, in that you have an agent who has–and I can’t stress enough how unprofessional this is–his own agenda.

So, enjoy this little tidbit of Celtics coverage, but don’t get too worked up over it, because it’s probably more fiction than prediction.