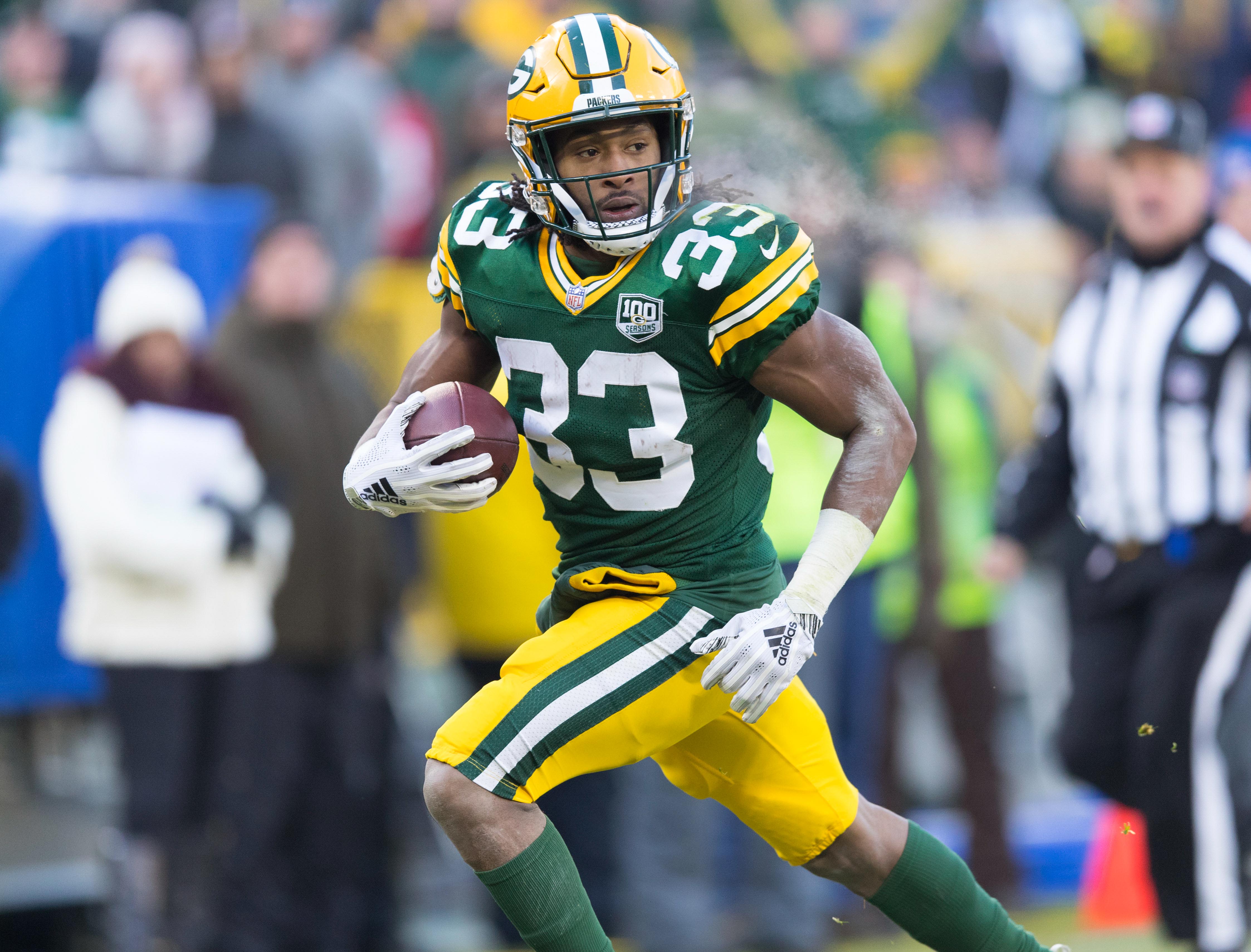 Packers head coach Matt LaFleur is known for being an offensive innovator, which is a big reason he was given the job, replacing Mike McCarthy.

LaFleur, to his credit, did a great job of getting his running backs involved in the offense when he was running that side of the ball with the Titans — helping make quarterback Marcus Mariota’s job much easier.

And he apparently plans to do the same with the Packers.

“I love it when we can give [running backs] the ball in the passing game,” LaFleur said, via Rotoworld. “That’s one more eligible that the defense really has to focus on.”

Fantasy football players take note, as Aaron Jones and Jamaal Williams figure to be on the field a lot more on third downs — possibly even both of them.