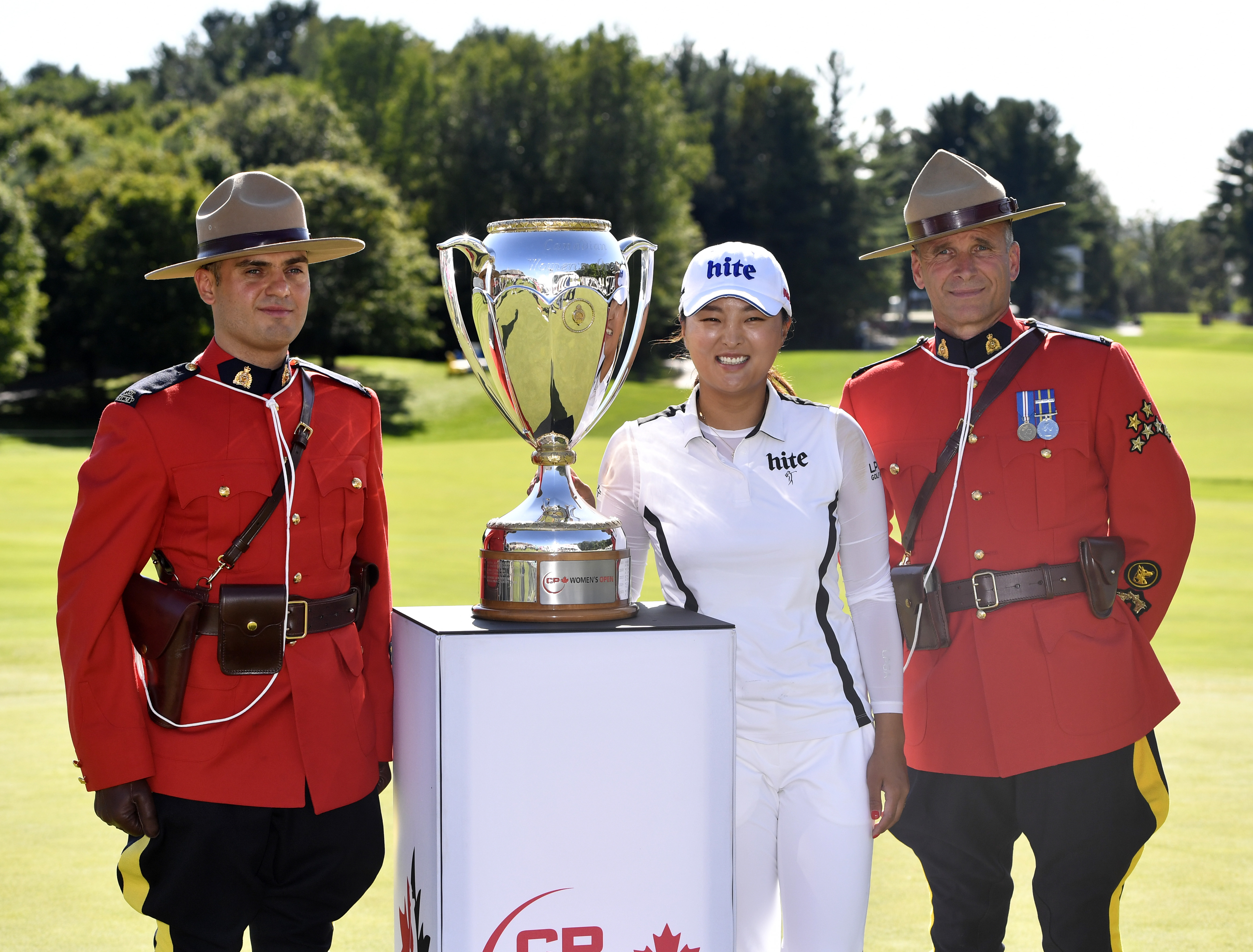 While Rory McIlroy of Northern Ireland made golf headlines on Sunday by becoming only the second golfer ever to win the FedEx Cup twice in a career (first golfer was Tiger Woods of Cypress, CA in 2009), the four rounds of golfer played by Jin Young Ko of South Korea deserves even more praise and attention. Ko not only shot a spectacular four round score of -26 at the Canadian Women’s Open (best score under par in the history of the tournament), she did it without recording a bogey over 72 holes.

According to the LPGA Tour, Ko became the first  women’s golfer in four years to play four rounds of golf in a single tournament without recording a score over par on any hole. The last player to accomplish that feat was Inbee Park of South Korea, who shot a four round score of -15 to win the HSBC Women’s World Champions in Singapore from March 5-8, 2015.

At the Canadian Pacific Women’s Open in Aurora, Ontario, just outside of Toronto this past weekend, Ko had a first round score of 66 (six under par), second round score of 67 (five under par), third round score of 65 (seven under par) and fourth round score of 64 (eight under par). Overall, Ko had 26 birdies, including six on the back nine on Sunday, to separate herself from contenders Nicole Broch Larsen of Denmark, Brooke Henderson of Canada and Lizette Salas of the Azusa, CA. Larsen finished in second place with a score of -21, while Henderson and Salas were tied for third at -19.

Ko has now gone 106 consecutive holes without a bogey. Her last bogey came in the third round of the Women’s British Open.

It has been a phenomenal season for Ko as she has won four times in 2019 on the LPGA Tour. Ko, who is currently ranked first in the world, also won at the Bank of Hope Founders Cup in Phoenix this past March, the ANA Inspiration in Rancho Mirage, CA in April and the Evian Championship in France this past July. The ANA Inspiration and Evian Championship are also both major championships.