Bruce Arians on Jameis Winston's interceptions: 'Receivers let him down' 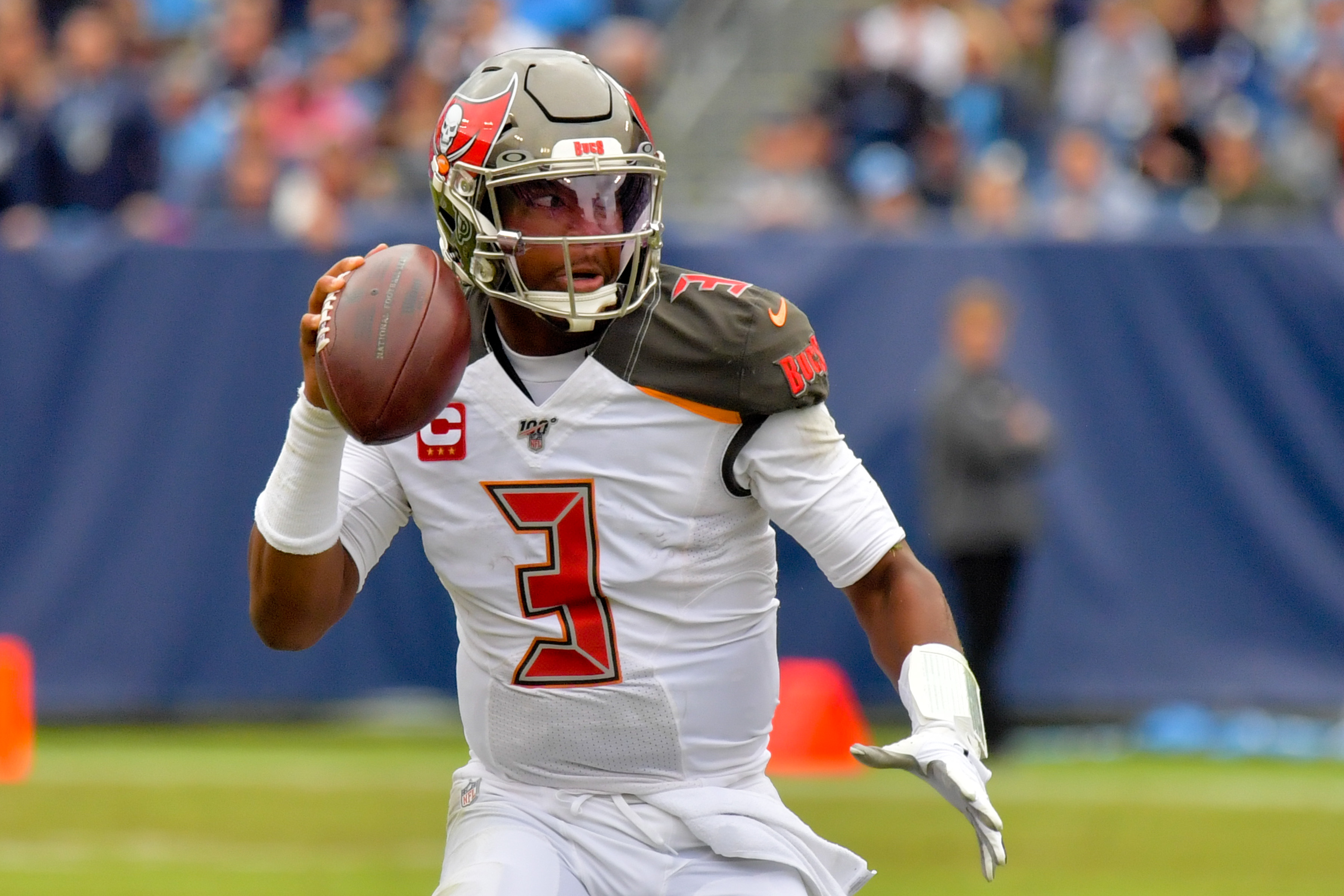 Bruce Arians on Jameis Winston's interceptions: 'Receivers let him down'

A couple of weeks ago, Tampa Bay Buccaneers quarterback Jameis Winston had a horrific performance against the Carolina Panthers. He committed six turnovers in the team’s 37-26 loss at Tottenham Spur Stadium in London, England.

After that game, Tampa Bay head coach Bruce Arians spoke about his quarterback’s turnover issues and said that he “has a habit of trying to be Superman.”

Winston once again tried to be Superman and paid for it dearly on Sunday afternoon against the Tennessee Titans.

The former Florida State standout completed 49 percent of his passes for 301 yards to go along with two interceptions and two fumbles in the Buccaneers’ 27-23 loss to the Titans.

Winston’s game-sealing interception happened late in the fourth quarter as he was trying to hit wide receiver Breshad Perriman down the seam on second down.

However, it appeared as if Perriman gave up on the play, and the ball consequently ended up in the hands of Titans cornerback Logan Ryan.

At the end of Sunday’s game, Arians defended Winston and made it clear that the interceptions were not his fault.

“Jameis didn’t throw one damn interception that was his fault. His receivers let him down today (h/t Trevor Sikkema of Pewter Report).”

“Jameis didn’t throw one damn interception that was his fault. His receivers let him down today…

You can write what you want. Not one of those interceptions was his fault, and it’s a damn shame.” pic.twitter.com/lMf4swvYlk