Five Things the Packers Must Accomplish During the Bye Week 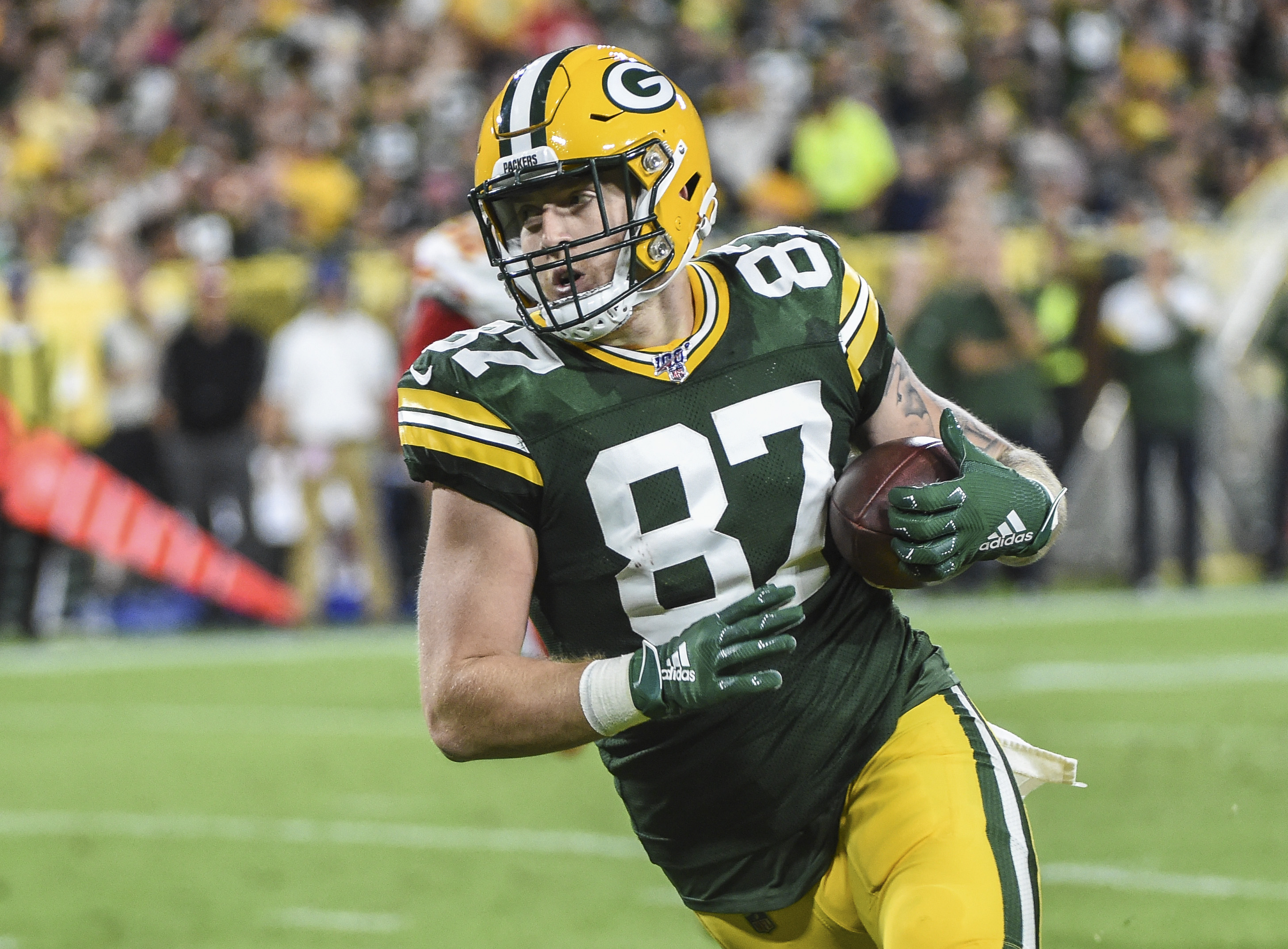 Five Things the Packers Must Accomplish During the Bye Week

The Green Bay Packers are 8-2-0 as they hit the bye week. This week without a game comes at a good time for the Pack as they prepare to face the 8-1 San Francisco 49ers in the Bay Area in Week 12. The Packers head into the bye with a one-game lead over the Minnesota Vikings in the NFC North Division race. They have already exceeded their win total from last season by two with six games remaining on the schedule.

Here is a look at five things the Packers need to accomplish as they head into the bye week:

The week off certainly allows all the players to get healthier. The Packers have been fortunate to avoid major injuries this season, but the bye will help players like Davante Adams heal from his turf toe injury and help Blake Martinez’s hand get better as well.

Other players, like wide receiver Geronimo Allison, have played through a number of injuries throughout the season.

All NFL players are hurting by November, so getting a week off to rest and refresh their bodies will be a big benefit for the Packers at this relatively late point of the season. Then they can return from the bye energized and ready for the stretch run.

The Packers feature several rookies this season who can benefit from the week off to get more comfortable with the playbook and more integrated into the team.

First-round pick Rashan Gary has been brought along slowly by the Packers. The strong play of Preston and Za’Darius Smith has meant fewer reps for the Michigan alum. In 10 games, Gary has 12 total tackles and one sack. The bye week will give Gary a chance to watch additional film and prepare for what he hopes is a strong finish to his rookie campaign.

Jace Sternberger finally returned to the lineup after missing the first half of the season due to injuries. He has yet to catch a pass but did a good job of blocking on several running plays and contributed on special teams. The bye week can give Sternberger a chance to work on his patterns and integrate himself more into the passing game.

Other rookies like Kingsley Keke and Dexter Williams will also have a chance to work on their games and further adjust to life in the NFL.

3. The Packers Can Self Scout

Despite their 8-2 record, there are many things the Packers can do to improve their performance in the final six games. The coaching staff must examine their own team and work on these areas.

The Packers are still struggling with delay of game penalties on offense which has hurt them on several drives this season. There is no excuse for this problem 10 games into the season. The Pack will need to practice calling plays quickly in the huddle, calling audibles and getting plays off in a timely fashion. It’s mid-November, not mid-August, but this remains an issue.

The Packers also need to work on their tackling and their pass coverage on defense. These issues have plagued them all season. Against the Panthers, blown coverages resulted in several key third-down conversions for Carolina which allowed the visitors to get back into the game.

Tackling has been an issue all season and the team should use the break to practice proper technique and reinforce the right way to bring down ball carriers.

4. Get the Right Cleats

It sounds absurd, but the Packers have had issues with the turf at Lambeau Field all season. Usually, the visiting team has problems with getting the right footing during games, but the Pack seems to be affected more than the opposition.

There are only two regular-season home games remaining on the schedule, but the Packers need to address this problem and make sure they have the right cleats on to prevent their players from slipping on their own turf (and on the road).

5. Use the Extra Time to Game Plan for the 49ers

Green Bay’s next game is against the 8-1 49ers in San Francisco. The Packers need to use the bye week to game plan for what may be their toughest opponent of the regular season.

The 49ers biggest strengths are their rushing offense, led by Matt Breida and Tevin Coleman, and their passing defense which gets very good pressure on opposing quarterbacks and currently ranks first in the league in yards allowed per game.

The Packers have struggled to stop the run all season and must find a way to short circuit the San Francisco rushing attack. They also need to pass the ball effectively against the Niners if they hope to win the football game.

It also wouldn’t hurt if the Packers found a better pre-game routine during this trip to California than they did before the Chargers game in Week 9.

These are just some of the things the Packers should accomplish during the upcoming bye week.