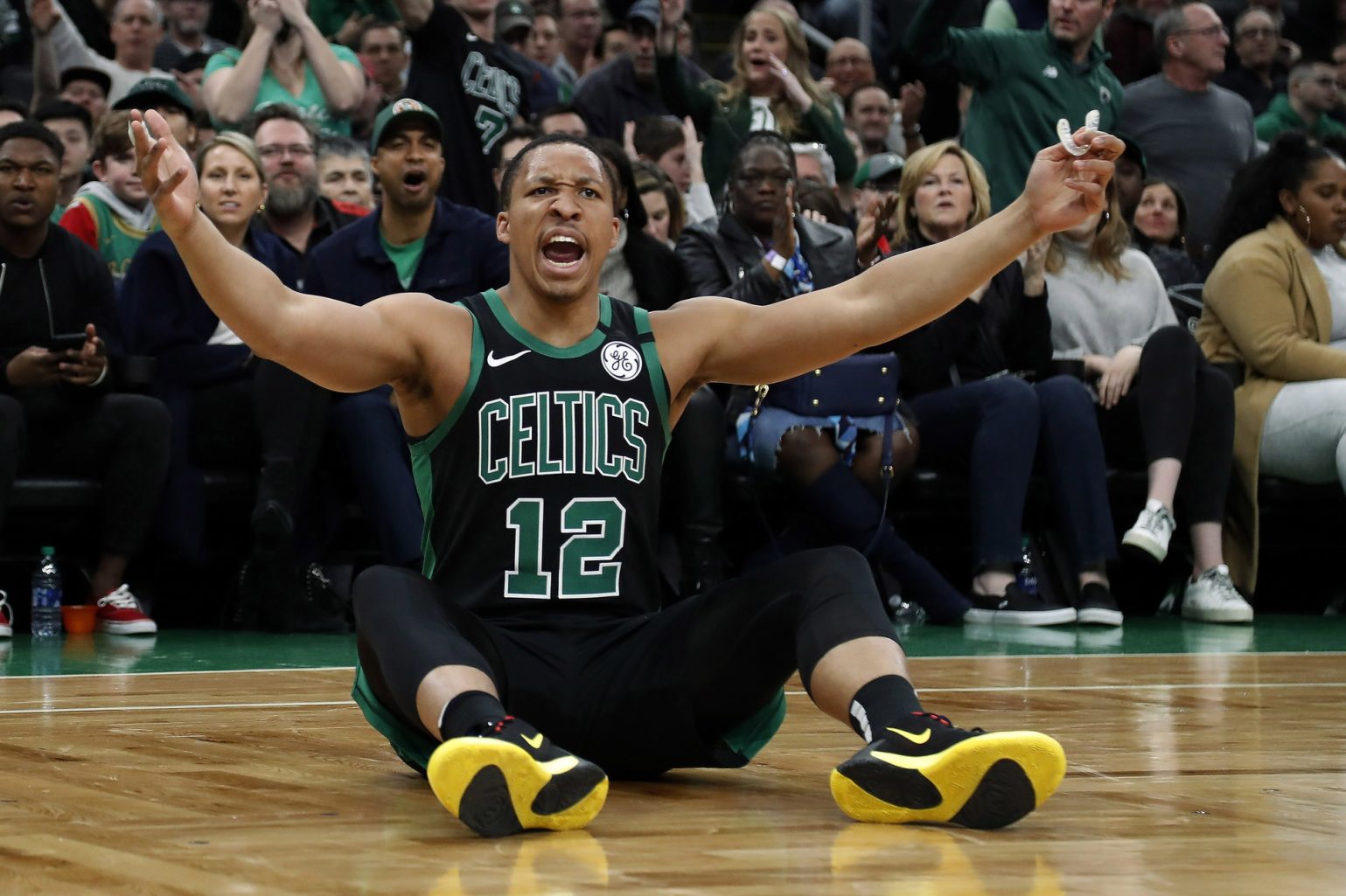 So…that wasn’t very fun. The Boston Celtics took on the revamped small-ball Houston Rockets for their final regular-season matchup and, despite playing better than they did in the first contest, found themselves flummoxed by the Rockets’ switchability and physical intensity, finally collapsing in the overtime they forced. So how’d it go down?

A tale of two halves
In the first half of this game, the Celtics were the dominant team in all possible ways—defense, offense and overall effort. In the second, things flipped entirely. The way that lengthy Houston defenders like P.J. Tucker, Robert Covington and Danuel House could press Boston’s offensive sets into bad, jagged arrhythmias resulted in clunky ISO-ball stuff.

Tatum was having a bad shooting night (33%), so while there’s room for his ISO midrange shots to bail out a bad possession in general, it’s not going to work all the time, especially not against a defense that stifles ball movement. And it’s even worse when the rest of the squad is having basically the same problem: Gordon Hayward shot 50%, but was missing at some of the most crucial times, whereas Jaylen Brown shot 39% and Theis only made it to 38%. Boston lost the game in overtime, but the roots of that defeat were in the second-half struggles.

The handicapping of Harden
It is worth noting that Boston’s defense did absolutely neutralize James Harden, who had 21 points but shot a wretched 29% and only made it to the charity stripe 3 times. The game would not have been nearly as close as it was if not for Brown and Smart putting in so much work on the Beard. (Romeo Langford and Grant Williams pitched in as well.)

This, unfortunately, also left Russell Westbrook more open than he should’ve ever been left, and Brodie exploited it to the nth degree.

We’ve seen this movie before
If anything truly perplexes me about the Celtics’ troubles with this retooled, no-big-men Rockets squad, it’s that they’ve defended it successfully when the dynasty-era Golden State Warriors did it. And I mean in the iterations with Harrison Barnes and Kevin Durant at power forward, for the Death Lineup and its Thermonuclear War variant, respectively. Draymond Green is a tougher matchup than P.J. Tucker by any standard. I’m aware that basketball seasons are long, but you’d think Brad Stevens would have used film from the games where they successfully pressed the Warriors in this style as preparation for the Rockets who are using a nearly identical style.

The BS flagrant call
Before I start, I should note that Boston got to the line more often than Houston (25 times to Houston’s 18). So this was not a case of the refs “favoring” the Rockets, or James Harden. If anything they ignored most of Harden’s protestations.

I’m not surprised that the refs don’t understand that a turn around fade-away requires the right leg to float around and out front of the body in order to maintain alignment and balance. Unfortunate where contact occurs, but this is most definitely a natural motion pic.twitter.com/96JENf8GEW

There’s contact there, sure, and Tatum would’ve been rightly hit with a common offensive foul for it. But not only was it an unjust flagrant call, but they took so long to review it, wasting time and draining even more momentum from the Celtics’ possession. There’s no doubt that the Cs lost this game almost entirely on their own mistakes, but bullshit officiating buffoonery like this made it that much more of an uphill climb.

The overtime collapse
It sucks how much the furious effort that drove the Celtics in the fourth quarter’s final minutes fell off a cliff once the OT started. It was 104-104 going into Bonus Basketball. The Cs were up 110-109 with about 30 seconds to go.

After rebounding a Hayward miss (one of those crucial ones noted earlier), Smart was on his way up the floor when Harden picked his pocket and drove pell-mell for the Houston goal. Theis did his best to stop Harden without fouling, but, as the league well knows, that’s often difficult to do. That put one of the league’s preeminent free-throw shooters at the line, where he sank both attempts. There was about 20 seconds left on the clock, and then this happened:

Tatum: “We were running 1 of our set plays where I throw it to Gordon, I was supposed to come off a flare and you can either do a dribble handoff w/the guy in the corner JB, or come off a ball screen that Theis sets. JB got a good shot. Something he can hit. It just didn’t go in” pic.twitter.com/Wm0lWwdfdB

Tatum’s description of the play is accurate, all things being equal—but why were they executing in such zombielike fashion? It seems like they could’ve gotten to the spot where Brown takes that jumper a lot more quickly, and thus had a little more time for Hayward to get the offensive rebound and set up for a less desperate shot. Even if it still ended up being Theis taking the last-second shot, if the execution was a bit more crisp and said attempt had gotten off before the buzzer, I think we may have had a different result.