Jordan Love Eager to Prove Himself to Packers 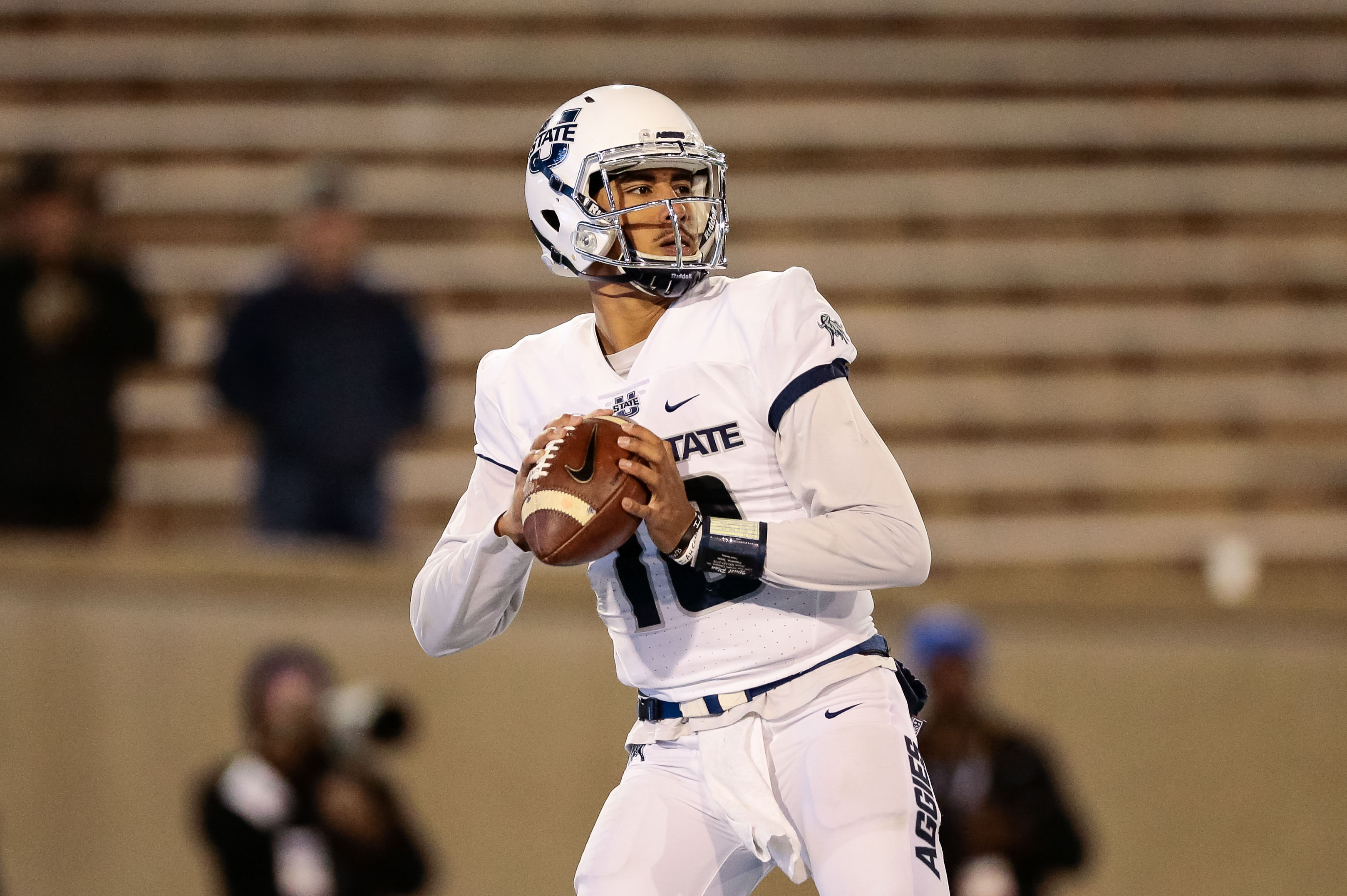 Jordan Love Eager to Prove Himself to Packers

The Green Bay Packers will open training camp in about two months (hopefully) but first round draft choice Jordan Love is working out independently in California and is eager to show the Packers brass what he can do.

Like the rest of his teammates, Love is presently having virtual meetings with coaches and learning the playbook in anticipation of the start of training camp.

“We meet every day and go over the playbook, plays and footwork that I can just take out here and do it on my own,” Love told NFL Network over the weekend. “To be able to do the routes and the timing and just trying to build that even though I’m not actually doing that.”

Love is presently throwing in a park in California. Although he cannot work out with his future teammates at the present time, he is working with NFL-caliber receivers which he believes will help him prepare for the season and improve his timing once camp does get under way.

“The speed that they’re playing at it helps a lot,” Love explained. “It’s different than if I was out there throwing to high school receivers something like that so it’s good to get out here with them.”

Love is eager to get started working with the Packers and knows the challenges he faces ahead. “No matter where I would have landed, that was the goal for me. You gotta go out there, prove yourself and make a name for yourself,” Love said. “It’s a job, you gotta be able to keep that. For me, just trying to learn the offense and prove myself.”

Nobody believes there will be any immediate controversy as to who the Packers starting quarterback will be in 2020. Aaron Rodgers earned his eighth trip to the Pro Bowl last season while leading the Packers to a 13-3 record and a berth in the NFC Championship Game. He will be the quarterback for the foreseeable future barring injury.

“Our quarterback that we have now is great, the best quarterback to ever throw a football,” wide receiver Marquez Valdes-Scantling told WBAY in Green Bay. “It’s kind of the same thing as when he came in, learning under a great quarterback in Brett Favre. Aaron is going to plan on being our quarterback for years to come, until he is ready to stop playing. There’s not a doubt. There is no competition battle or anything like that. 12 is the guy and he is going to be the guy until he is ready to stop laying football. So, we can nip that in the bud now.”

“I learned a lot over those years working with Brett, things that I can bring the relationship with Jordan and just bring the mindset I went through as a young 21-, 22-, 23-year-old, playing with my idol as a teammate,” Rodgers told reporters in an conference call on Friday. “I’ll definitely take those lessons with me. Like I said before, I’ve always had great relationships with my backups and always loved helping those guys out in any way. The more questions they have, the more answers I have. I’ve truly embraced those relationships, and it’ll be the same with Jordan.”

Rodgers has been in Love’s place and understands the situation. “He didn’t get asked to be drafted by the Packers,” Rodgers said. “He’s not to blame at all. He’s just coming in excited about his opportunity. We had a great conversation the day after the draft. I’m excited to work with him. He seems like a really good kid with a good head on his shoulders and a similar story.”

Love finds himself in a different situation than most first round quarterbacks. Nobody expects him to be ready to play right away. His job is to learn behind Rodgers for at least two years if not longer. But if he does eventually win the starting job, he will have the extraordinary pressure of following two franchise quarterbacks in Favre and Rodgers.

Green Bay has enjoyed Hall of Fame quarterback play for nearly three decades now. Favre took over as the starter in 1992 and the team has enjoyed elite quarterback play since that time. When Love does finally claim the job, he will feel the pressure to live up to the high standards his two predecessors set.

Of course, Love could end up being the next Jimmy Garoppolo, spending a few years on the bench behind Rodgers before being traded to another team. But that remains to be seen.

Right now, Love’s job is to learn behind Rodgers and prepare for the day he is ready to be an NFL starter. Rodgers’ job is to get ready for the new season and keep playing at a high level. And the Packers need to balance their short term and long term outlook at quarterback while continuing to be contenders in the extremely competitive NFC.