Your Morning Dump... Where EVERYTHING hinges on Kemba Walker's knee 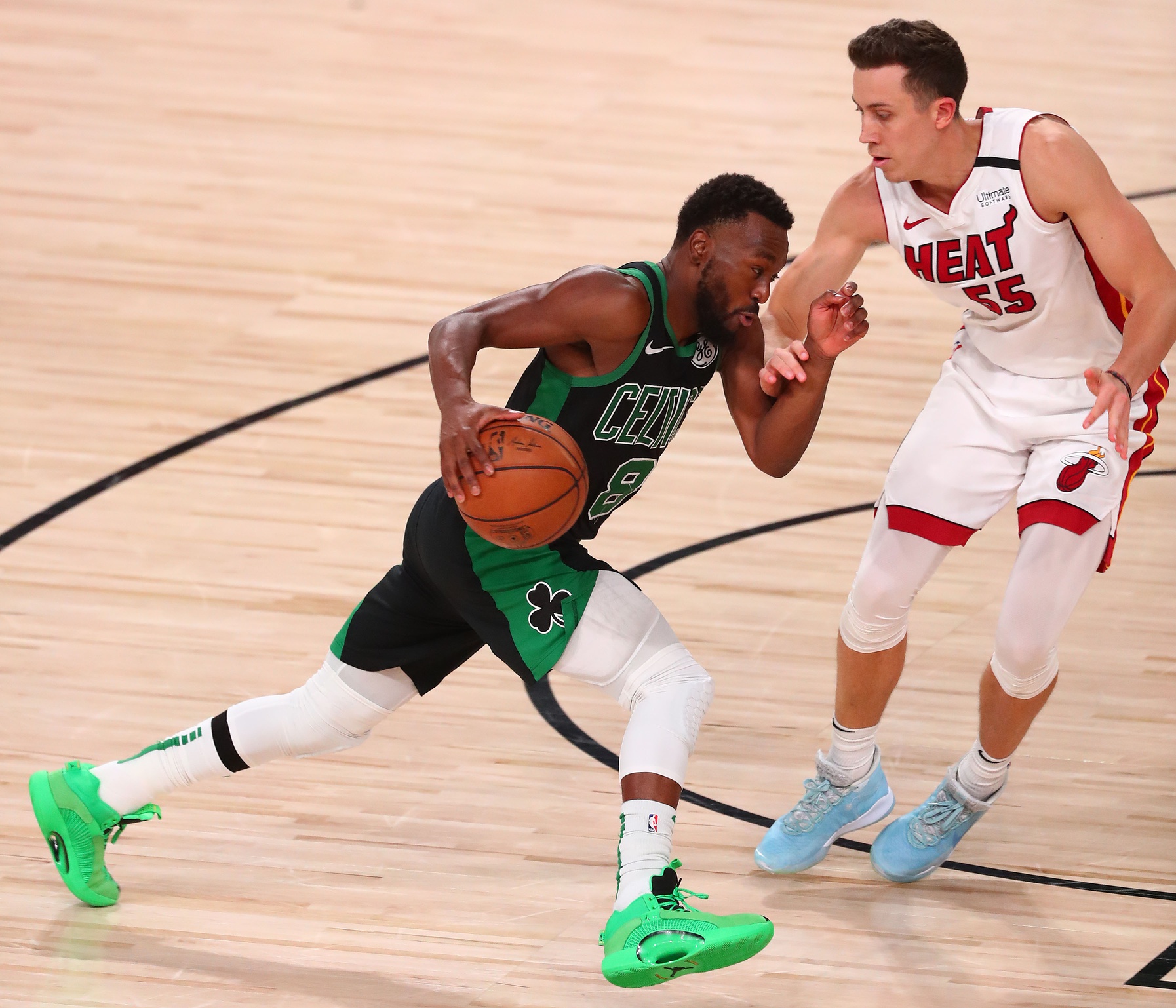 Your Morning Dump... Where EVERYTHING hinges on Kemba Walker's knee

There is little doubt that the Celtics did the right thing by signing Walker last summer as a free agent. After all of the trials and tribulations of the Kyrie Irving era, Walker brought desperately needed calm and stability to the locker room. And, when he was healthy, he brought plenty of scoring punch — though it was also combined with an understanding, and a willingness, to take a back seat to Jayson Tatum and Brown.

Now, though, Walker is going on almost an entire calendar year’s worth of knee problems — which will keep him sidelined until 2021, and potentially several weeks into it before he’s fully ramped up and ready to go. Still, Boston will be just fine with that if Walker’s recovery period after a stem cell injection and a 12-week strengthening program for his left knee will have him ready to go for the playoffs. With a healthy Walker, Boston has a chance to repeat its success from last season. With an injured Walker, Boston has a millstone contract on its books — and a far lower ceiling than it would like.

The Celtics open their season tonight against the re-tooled Milwaukee Bucks. Gone are Eric Bledsoe and George Hill, replaced by two-way star Jrue Holiday. Still in place (and secured with a sparkly new 5 year, $228 million supermax contract) is reigning MVP and DPOY Giannis Antetokounmpo. Most credible experts have the Bucks as a top-2 team in the Eastern Conference.

The Celtics stumble into the season-opener after two ugly preseason games. Even with rising stars Jayson Tatum and Jaylen Brown, there are a lot of negative vibes surrounding this team. Some of that has to do with the fact the East is much improved (did you see Kevin Durant and Kyrie Irving last night?). And some of it has to do with Boston’s lack of depth (primarily the lack of an immediate return on Gordon Hayward’s departure).

And while it appears Boston’s top free-agent acquisition will play tonight,  Kemba Walker will not. And, as ESPN’s Tim Bontemps spells out, everything hinges on Walker’s healthy return.

There’s going to be a lot of noise over the first month of the season. Don’t get sucked in. Don’t give yourself to the Dark Side. Kemba will be back (fingers crossed tightly). Danny Ainge will cash-in a portion of the TPE at the trade deadline for an impact rotation player. And this team will be in the Eastern Conference finals.

On Page 2, more smoke about Boston’s interest in James Harden.

The Heat let it be known this week that they are not actively pursuing Harden, which is a blow for the Rockets because Miami is one of those fearless teams with the oft-proven gumption to embrace an enigma like Harden in spite of the various red flags. The Sixers and the Nets, though, may not be the only other options: In recent days, it has become known that Toronto, Boston and Denver have also had exploratory talks with Houston.

While Marc Stein carries a bit more cache than a Houston radio host, I’m still inclined to say the Celtics are the longest of longshots to trade for Harden.

The smarter play is bolstering the core with an impact player at the trade deadline. Yesterday, John made a strong case for Orlando’s Aaron Gordon. Another option is Gordon’s teammate, Evan Fournier. The 28-year-old wing is in the final year of his contract. It’s unlikely he fits with the Magic’s long-term rebuild and they’ll want to move him for an asset before he walks in free agency.