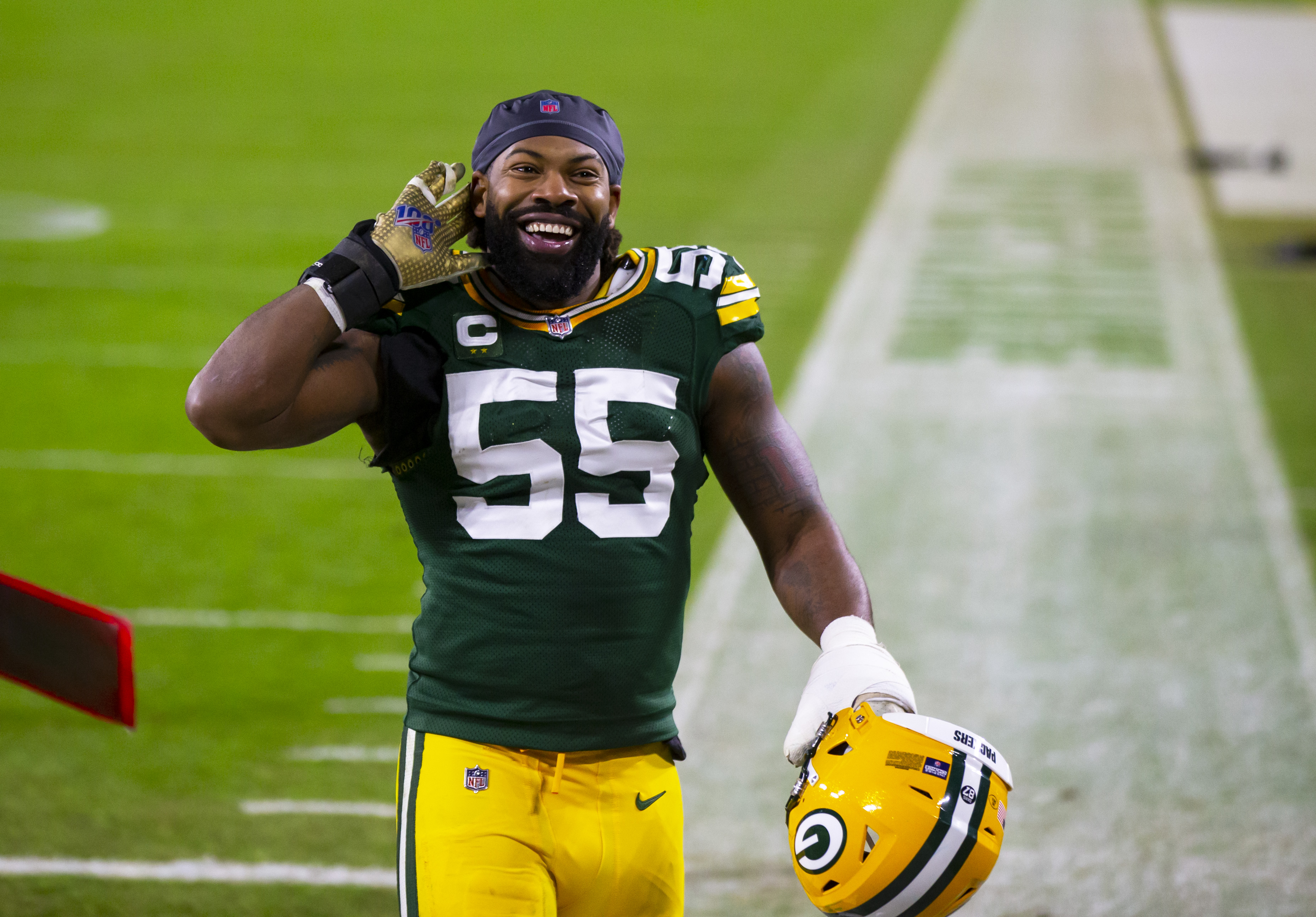 Free agency opens this week in the NFL and the Green Bay Packers will be in the middle of it. Expect the Packers to lose some key contributors from last season with center Corey Linsley, running backs Aaron Jones and Jamaal Williams and cornerback Kevin King all scheduled to be unrestricted free agents.

So, the Packers will be looking to replace some of the players who depart and to add talent at key positions that need reinforcement and improved depth.

Here is a look at five things to expect from the Green Bay Packers as they head into the free agent signing period for 2021:

The Packers have four major unrestricted free agents of their own that are set to hit the market: center Corey Linsley, running backs Aaron Jones and Jamaal Williams and cornerback Kevin King.

It appears that the Packers have accepted that Linsley will be too expensive to keep because he will be able to get more money on the open market than the Pack is willing to pay.

While the Packers declined to place the franchise or transition tag on Jones, they have indicated they are still negotiating with their top running back on a possible long-term deal to keep him in Green Bay. If they can’t reach an agreement with Jones, it’s possible they re-sign Williams for less money to provide continuity and depth to the running back room.

King will likely only be back if the market for him is relatively slow and the Packers can sign him at a bargain rate. Expect King to be elsewhere in 2021 unless the glut of available cornerbacks keeps teams away from him. His size and ability mean that probably won’t happen.

In 2019, the Packers had a lot of cap room and were coming off a frustrating losing season. They had just changed coaches and needed to upgrade several positions desperately. The result was a huge spending spree that netted four big-ticket free agents all of whom became starters.

The Pack added Preston and Za’Darius Smith as edge rushers, safety Adrian Amos to stabilize the secondary and offensive lineman Billy Turner who has started at both guard and tackle for the Pack over the last two seasons.

In 2020, the Pack had much less cap space available and their approach reflected that. Green Bay still signed three free agents. Christian Kirksey was added specifically to replace Blake Martinez, Rick Wagner was added to replace Bryan Bulaga and Devin Funchess was signed to add depth at receiver.

These three players had mixed results. Kirksey disappointed early, got hurt and then played better late in the season. Wagner was the swing tackle and played well in the nine games he started when injuries hit. Both Kirksey and Wagner have been released to clear cap space.

Funchess ended up opting out of the 2020 season due to the Covid-19 pandemic. He has agreed to take a pay cut to stay in Green Bay in 2021 and will be in training camp fighting for a roster spot.

Expect this offseason to be more like 2020 than 2019. The Packers are presently over the cap by roughly $9 million as the cap went down because of revenue lost due to the pandemic. So, Green Bay still needs to restructure some players, or extend some players or release a few to get under the cap.

The Packers will be active and GM Brian Gutekunst said they will be looking to add some targeted players at the right place. Don’t expect the Packers to make any blockbuster signings but do expect them to add between two and four players when the dust settles.

Because the cap has fallen, there is a glut of quality players on the free agent market this year as teams release starters to try to get cap compliant. That means this year’s free agent market will look a little different than the usual offseason.

The big ticket free agents will still go in a frenzy in the first day or two, but a lot of quality players will be playing a long waiting game as teams look for bargains and try to add help while still staying under the cap.

The Packers are unlikely to be active during the first few days of free agency but will probably be part of the second or third wave of signings for players at a moderate or bargain price. At most, the Pack may add one player who costs a little more if they find a player who is what they are looking for at the right price.

If King signs elsewhere, the Packers most immediate need is at the cornerback position. While it’s likely the Pack selects a corner on the first or second day of this year’s draft, rookie corners are rarely great immediately and the Pack will need to sign a stopgap starter opposite Jaire Alexander for 2021.

There are several reasonable options but this position is the most likely for the Pack to spend a little extra money on to bring in a quality starter on a one or two year deal.

The Packers have other areas of need after cornerback. The Pack needs to add a swing tackle who can be plugged in to start until David Bakhtiari is healthy again and returns to the lineup. Running back also becomes a need if either Jones or Williams signs elsewhere as that would leave A.J. Dillon as the feature back with no proven depth behind him.

The Packers may also seek depth help at wide receiver, defensive line, inside linebacker and safety. These are areas the Packers won’t break the bank for but will look to add a player for good value who can fill in and add depth.

Look for the Packers to be active in free agency, but not to make blockbuster deals. Still, the addition of two or three helpful players could make a big difference for the team once the 2021 season gets under way.