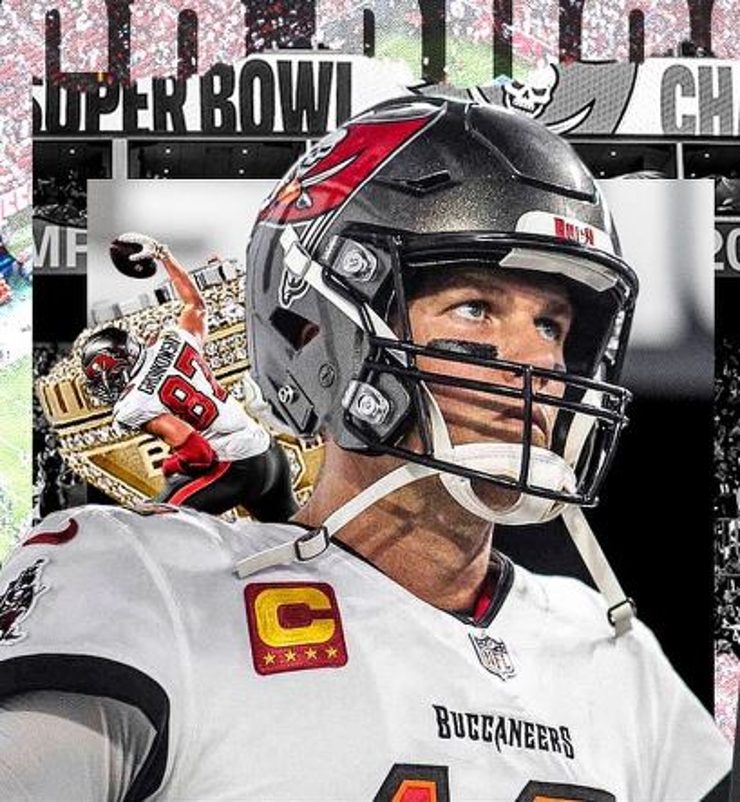 Tom Brady is celebrating his 45th birthday today, and now’s the perfect time to discuss the 10 Tom Brady records that will never be broken in the NFL. This includes both regular season and postseason records.

While the league has now transitioned to a 17-game season, several of Brady’s records might still last forever. After all, he’s the greatest quarterback of all time. So, happy birthday to the GOAT.

The NFL has added one more game to its regular season schedule. But it just doesn’t matter. Brady owns multiple records for individual performances in games alone. Whether it’s for passer-rating, passing yards, comebacks, touchdown passes or just wins, the seven-time super bowl champion has everything covered.

Even the most meaningless record here is still worth discussing. Tom Brady has been selected to the Pro Bowl 15 times in his 22-year career. For one quick comparison, Peyton Manning retired with 14 Pro-Bowl selections. Manning retired in 2016.

Brady earned his 15th selection last season, but the quarterback missed out on receiving another one in his first season with the Buccaneers. By the time he retires, he could have 17 Pro-Bowl selections.

While Patriots fans were devastated by the 41-33 loss to the Eagles in Super Bowl LII, Brady still played a great game. He passed for 505 yards, threw 3 touchdowns to 0 interceptions, and the quarterback finished with a 115.4 passer-rating.

In addition to those statistics, he averaged a super bowl career-high 10.5 yards per pass attempt. If only head coach Bill Belichick didn’t bench Malcolm Butler…

This record should come as no surprise. Brady has won a playoff game against the majority of NFL teams. These teams include the Raiders, Steelers, Rams, Titans, Colts, Panthers, Eagles, Jaguars, Jets, Chargers, Ravens, Broncos, Texans, Seahawks, Falcons, Chiefs, Redskins, Saints and Packers.

That’s absolutely insane. And he’s not done yet. The three-time MVP has won 35 playoff games. This is one of the safest Tom Brady records. He has won as many NFC championships as Aaron Rodgers and Drew Brees.

If a fan were to argue that the 28-3 comeback win against the Falcons in Super Bowl LI was a team accomplishment, we could say the same thing about quarterback stats. No quarterback passes the ball to himself, blocks for himself or rushes for over 100 yards every game.

Every single achievement in the sport of football is a team accomplishment. That’s just a fact.

Anyway, after the Falcons scored their fourth touchdown late in the third quarter of Super Bowl LI, millions of fans thought the game was over. The Falcons led 28-3 with 8:31 remaining on the clock.

The improbable occurred in the fourth quarter. With the Patriots down 28-9, after Dont’a Hightower’s strip sack and a few Falcons penalties, Brady helped his offense score 19 unanswered points, tying the game. Then, after winning the coin toss, the Patriots executed the game-winning drive in overtime.

This record might never be broken. An argument can even be made that Brady could have thrown seven to eight touchdown passes in this massacre, too. However, he was pulled from the game in the second half. Of course, my observation refers to the Patriots’ 59-0 blowout win over the Titans on Oct. 18, 2009.

The snow was falling, the Patriots were wearing their red throwback jerseys and Titans coach Jeff Fisher couldn’t stop a nosebleed if his job depended on it. During the second quarter, Brady threw five touchdowns: two to Randy Moss, one to Kevin Faulk and two to Wes Welker. It was as if the Titans were trying to lose by at least 70 points.

Brady has thrown 624 touchdown passes in the regular season. He reached the 600-TD milestone last season. Keep in mind, this statistic does not include his 86 touchdown passes thrown in the postseason. That’s 710 touchdowns total!

Needless to say, another quarterback would have to play as long as Brady for this record to get broken in the future. George Blanda played until he was 48. Brady’s not that far off. Other articles related to “10 Tom Brady records that will never be broken in the NFL” are on the main page.

Brady’s all-time record in the regular season is 243-75. He has won 243 games since he filled in for Drew Bledsoe on the Patriots in 2001. The quarterback’s playoff record is 35-12. The wins added together equal 278. He’ll probably retire with over 300 wins. Everyone knows it’s possible.

The final scores were never close: 39-20, 42-10 and 55-10. Additionally, Joe Montana won four super bowls with the 49ers and three super bowl MVPs. For the foreseeable future, Brady’s record for super bowl MVPs is safe. No one has come close.

Lastly, Brady’s greatest accomplishment is winning seven super bowls. Fans have commented in the past that the league should rename the trophy the “Tom Brady Trophy” when he officially retires. It seems kind of cringeworthy, but it would be justified at the same time.

We all know it’s coming. Will it be in the 2022 NFL season? Who knows! After Rob Gronkowski announced his retirement, the Bucs signed Kyle Rudolph and Julio Jones. If there’s any quarterback who can get the most out of not much, it’s Tom Brady.

More articles similar to “10 Tom Brady records that will never be broken in the NFL” are on the main page.