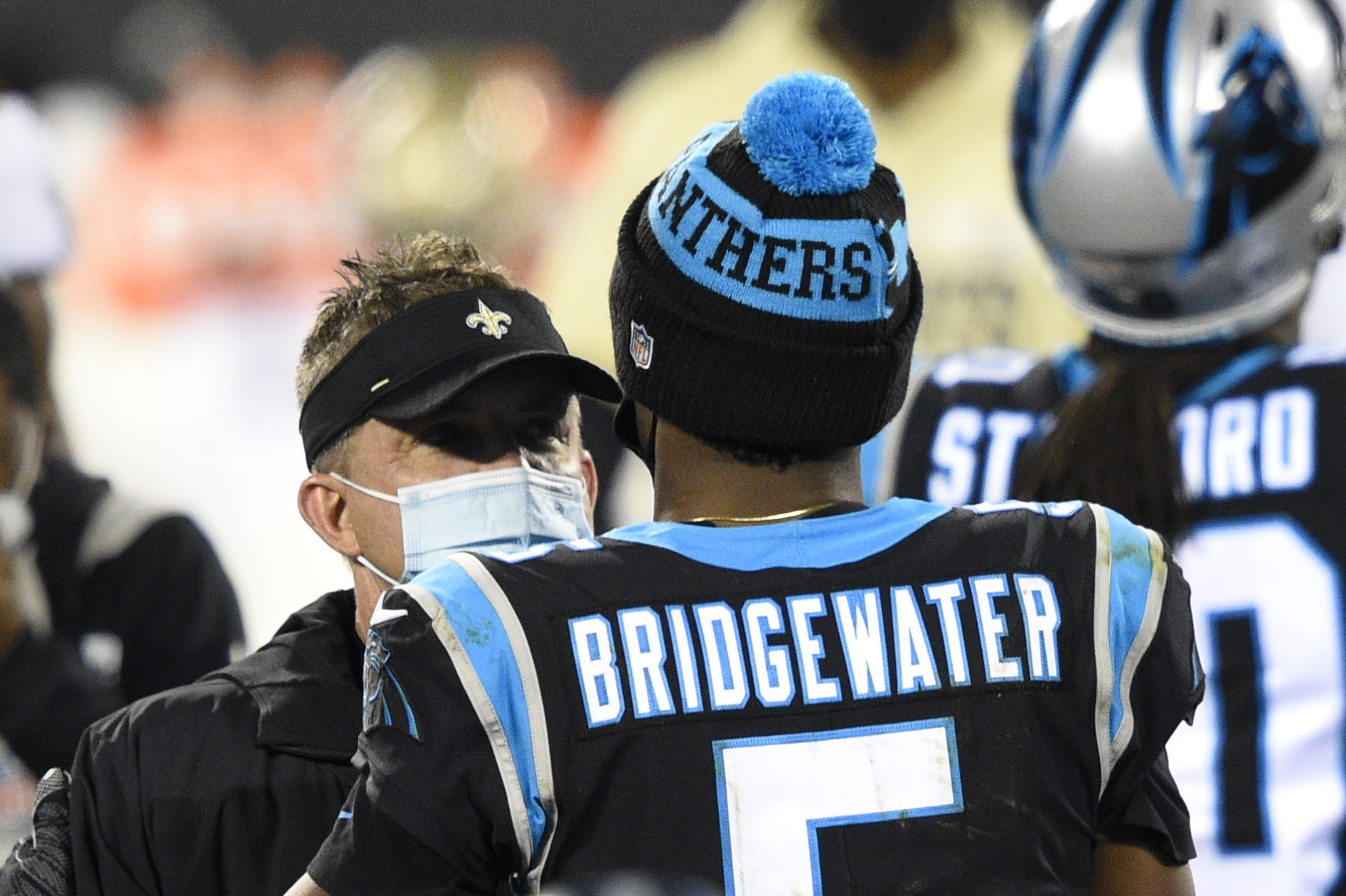 The 49ers are saying all the right things about Jimmy Garoppolo, but for the second consecutive offseason, what’s going on behind the scenes appears to indicate they feel otherwise.

San Francisco was in the mix for Tom Brady last season, although it appeared to drop out of the sweepstakes fairly quickly, but that may have had more to do about Brady’s age than their confidence in Jimmy G, as well as the $28.6 million dead cap hit.

And now that another year of Garoppolo’s contract has elapsed, the 49ers can get off his deal with only $2.8 million of dead cap. Next year that number gets cut in half, so it does make sense that the 49ers would look to move on from Jimmy G in the near future.

The 49ers coaching staff has publicly supported Garoppolo in comments made to the public, indicating they’re committed to him going forward. But an interesting bit of news recently surfaced, as The Athletic reported that the 49ers contacted the Panthers about a potential trade for Teddy Bridgewater.

It makes perfect sense in our eyes. The Panthers are aggressively pursuing Deshaun Watson, and getting Teddy off their books could save them $13 million, if they do it by June 1. As for the Niners, Shanahan can make magic with mobile quarterbacks, and Teddy B would fit their offense beautifully.