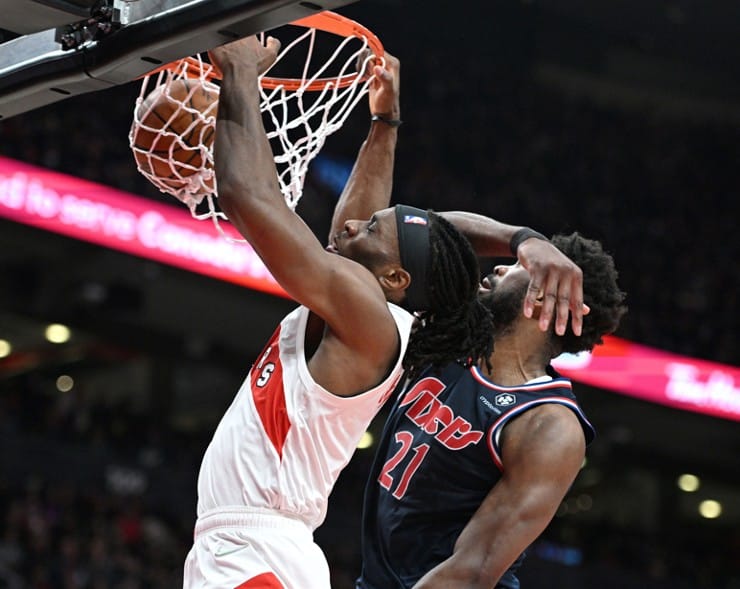 According to sources, 76ers’ center Joel Embiid will miss Game 1 of his team’s second-round playoff series against the Heat. The five-time All-Star is now listed out indefinitely after sustaining an orbital bone fracture and a concussion. The Sixers’ medical staff are hopeful that his bone fracture will not require surgery. Due to the concussion, he is expected to rest for at least five days.

Not to mention, Embiid dealt with the same injury a couple of seasons ago as well. In 2018, the center underwent surgery to repair a left orbital fracture. After a CT scan, he wore a face guard during play to protect his left eye. The MVP finalist also tore a ligament in his right thumb about a week ago. He can only play through so much. Other NBA news and sports betting content is under the NBA tab.

Embiid has been playing through pain this postseason after sustaining a torn ligament in his right thumb — and now this orbital fracture, concussion, and will now be sidelined. 🙏🏽 https://t.co/3q9BPF9VAv

Though, Joel Embiid is waiting until after the playoffs to undergo surgery on his thumb. Unfortunately for the sixth-year player, he cannot do the same for a deep orbital bone fracture. If double vision is present, the athlete is recommended to have surgery.

Any type of cheek, jaw, nasal or orbital fracture will usually require surgical repair. After playing through a thumb ligament injury, Embiid will likely wear a face guard again if he is cleared to play in Game 2 or 3 of this conference semifinals series.

Joel Embiid was playing while up by 29 points

Joel Embiid Breaks His Orbit After Pascal Siakam Elbow in Game 6 vs Toronto.He is out indefinitely – YouTube

Furthermore, Embiid sustained the injury with four minutes left in Game 6. The 76ers had a 29-point lead. Yet, the center was still on the court. This falls on the shoulders of head coach Doc Rivers. While driving with the ball, Raptors’ forward Pascal Siakam accidently elbowed the center in the face as Embiid attempted to set up a charge.

On social media, fans are roasting Rivers. They are comparing his style of coaching to Tom Thibodeau’s. Coaches are advised not to leave their star players in during double-digit routs. Injuries are the main concern.

To make matters worse for Philadelphia, the team will also be without Matisse Thybulle. On Monday, the 76ers play the Heat at FTX Arena. The tip-off time is 7:30 p.m. ET. The first game can be watched live on TNT. After viewing the Heat’s injury report, Dewayne Dedmon was downgraded to out for Game 1.