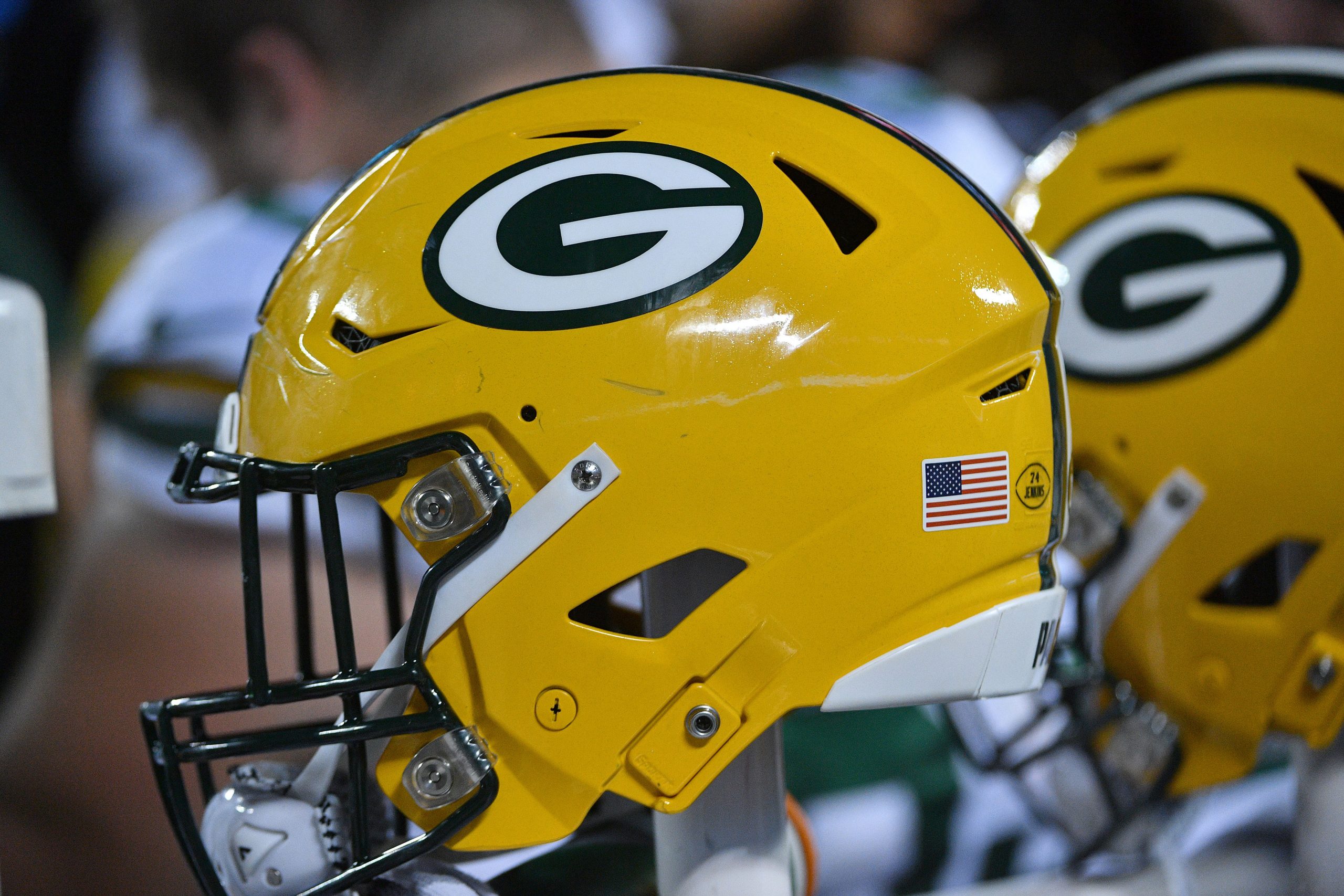 The 2021 NFL Draft is less than a month away and the Green Bay Packers know it will be critical to the team’s continued success.

Before the team makes this year’s selections, here is a look at some of the interesting patterns the team has established in the draft over the years and a look back at the last time the Packers had several specific milestones in the draft:

Last Time the Packers Didn’t Make a Trade in the First Round: 2016

That means look for GM Brian Gutekunst to be active again in the first round this year where the Packers have the 29th overall pick, at least for now.

The Packers have not been drafting a lot of Badgers in recent years. The last University of Wisconsin product was Vic Biegel who Green Bay selected in the fourth round of the 2017 NFL Draft.

Biegel only lasted one season in Green Bay, playing in nine games as a rookie, mostly on special teams. He made 16 total tackles with the Packers.

The Packers released Biegel prior to the 2018 campaign and he played for the Saints in 2018 and the Dolphins in 2019. He missed all of 2020 due to an Achilles injury but is signed with Miami for 2021.

Last Time the Packers Drafted a Wisconsin Badger in the 1st round: 1948 End Jug Girard

Girard spent four years with the Packers. He was a versatile performer who played end, some quarterback, punted and played some halfback for Green Bay.

The Packers traded him the Lions where he won an NFL title. Girard played one final year for the Steelers before retiring after the 1957 season.

The Last Time the Packers Drafted a Hall of Famer: 1978 WR James Lofton

The Packers have had several Hall of Famers play recently, but Charles Woodson, Reggie White and Brett Favre were all drafted by other teams. The last Packers draftee to be inducted into the Pro Football Hall of Fame is wideout James Lofton.

Lofton was a bright spot on the Packers during the lean years between Vince Lombardi’s retirement and the arrival of Mike Holmgren in 1992. He made seven Pro Bowls in nine seasons in Green Bay and had five seasons of 1,000 yards or more receiving.

Lofton teamed with John Jefferson and tight end Paul Coffman to give quarterback Lynn Dickey a dangerous offense in the early-to-mid 80s.

If LeRoy Butler gets the call to the Hall of Fame this year, he would be more recent than Lofton since the Packers drafted him in 1990.

Heisman Trophy winners Desmond Howard and Charles Woodson both played big roles in Packers Super Bowl wins but neither was drafted by the Pack. The last time the Packers selected a Heisman winner was 1992 when they took quarterback Ty Detmer out of BYU in the ninth round of the draft.

Detmer put up prolific numbers in college but scouts questioned whether he had the arm strength to star in the NFL.

Injuries slowed Detmer’s career as did the arrival of Brett Favre in Green Bay the same season he was drafted. He backed up Favre in 1993 and 1995 before playing for the Eagles, 49ers, Browns and Lions. His last year in the NFL was 2003.

Some small college players have made a big impact in the NFL, but the Packers rarely draft them in the first round. The last time that happened was in 1977 when the Pack selected defensive end Ezra Johnson with their second pick in the first round.

Johnson went on to play 11 seasons with the Packers and made the Pro Bowl after the 1978 season when he (unofficially) recorded 20.5 sacks. Johnston was a good pass rusher and had great quickness off the edge. He retired after the 1991 season after stints with the Colts and Oilers.

Last Time the Packers Drafted a Quarterback in the First Round: 2020 Jordan Love

The Packers shocked a lot of people when they traded up to select Jordan Love with the 26th overall pick last year.

Prior to Love, the last quarterback the Packers chose in the first round was future Hall of Famer and Jeopardy host Aaron Rodgers in 2005.

Last Time the Packers Drafted a Running Back in the First Round: 1990, Darrell Thompson, Minnesota

The Packers haven’t drafted a running back in the first round of the draft in 30 years now. The last RB they selected was Darrell Thompson who they added with the 19th overall pick back in 1990.

Thompson was a standout at the University of Minnesota but he never became a great NFL player. He did lead the Packers in rushing yards in 1991 and 1993 but his highest single-season rushing total was 654 yards which he gained in 1993.

Thompson played five seasons in Green Bay and gained a total of 1,641 yards and ran for seven touchdowns.

The Last Time the Packers Drafted a Wide Receiver in the First Round: 2002, Javon Walker, FSU

The Packers have drafted some great receivers in the second and third rounds of the draft like Jordy Nelson, Greg Jennings and Davante Adams, but it’s been nearly two decades since the Pack drafted a receiver in the first round.

That honor belongs to former Florida State star Javon Walker. Injuries slowed Walker’s career and limited him to just one game in 2005.

He had one great season with the Packers in 2004 when he caught 89 passes for 1,382 yards and 12 touchdowns. He earned Pro Bowl honors for his outstanding play but never reached that level of play again.

He was in Denver by 2006 and finished his career with two seasons in Oakland before retiring after the 2009 season.

The Last Time the Packers Drafted a Tight End in the First Round: 2000, Bubba Franks, Miami (Fla)

The Pack hasn’t taken a tight end in the first round since 2000 when they selected Miami’s Bubba Franks with the 14th overall selection.

Franks made three straight Pro Bowls from 2001 through 2003 and had a career-high nine touchdown catches in 2001. He became one of Brett Favre’s favorite red zone targets late in his career.

Franks played eight seasons with the Pack before concluding his career with the New York Jets in 2008.

The Last Time the Packers Drafted an Offensive Lineman in the First Round: 2011, Derek Sherrod, Mississippi State

Sherrod suffered a broken leg in a game against the Chiefs in his rookie season and the injury cost him all the 2012 campaign.

He never fully recovered from the broken leg and started only one game in his four-year NFL career. The Packers released him late in the 2004 season and he never played in another game in the NFL.

We will never know what Sherrod could have become if he had stayed healthy.

The Last Time the Packers Drafted a Defensive Lineman in the First Round: 2016, Kenny Clark, UCLA

The Packers have not placed a premium on defensive linemen in recent years, but the last time they picked one in the first round it paid off in a big way. Kenny Clark has become a Pro Bowl caliber lineman who can both stuff the run and pressure the quarterback.

Clark can also occupy multiple blockers at the point of attack that helps free up teammates to get to the ballcarrier.

Green Bay just signed Clark to an extension during the 2020 season so he should be a big part of the Packers defense for several more years.

The Last Time the Packers Drafted a Linebacker in the First Round: 2019, Rashan Gary, Michigan

Many fans were disappointed when Gary didn’t start in his rookie season, but the former Michigan star continues to get more playing time and is rapidly developing into a consistent pass rusher off the edge.

Before Gary, the last linebacker the Packers picked in the first round was A.J. Hawk who the Pack took out of Ohio State in 2006.

The Last Time the Packers Drafted a Defensive Back in the First Round: 2019, Darnell Savage, Maryland

It seems like the Packers have picked a lot of defensive backs in the first round in recent years although safety Darnell Savage is the most recent.

Since 2014, Green Bay has selected Ha Ha Clinton-Dix, Damarious Randall, Jaire Alexander and Savage in the first round and Quinten Rollins, Kevin King, Josh Jones and Josh Jackson in the second round but the results have been mixed and the Packers are still looking for help in the defensive backfield.

Last Time the Packers Drafted a Pro Bowler in the 1st Round: Jaire Alexander, 2018

Last Time the Packers Drafted a Pro Bowler in the 2nd Round: G Elgton Jenkins 2019

Last Time the Packers Drafted a Pro Bowler in the 3rd Round: FB William Henderson 1995 and WR Antonio Freeman 1995

Last Time the Packers Drafted a Pro Bowler in the 4th Round:  OT David Bakhtiari 2013

Last Time the Packers Drafted a Pro Bowler in the 5th Round: RB Aaron Jones 2015

Last Time the Packers Drafted a Pro Bowler in the 7th Round:  C Scott Wells 2004

School the Packers Made the Most Draft Picks from All-Time: Minnesota with 42 picks