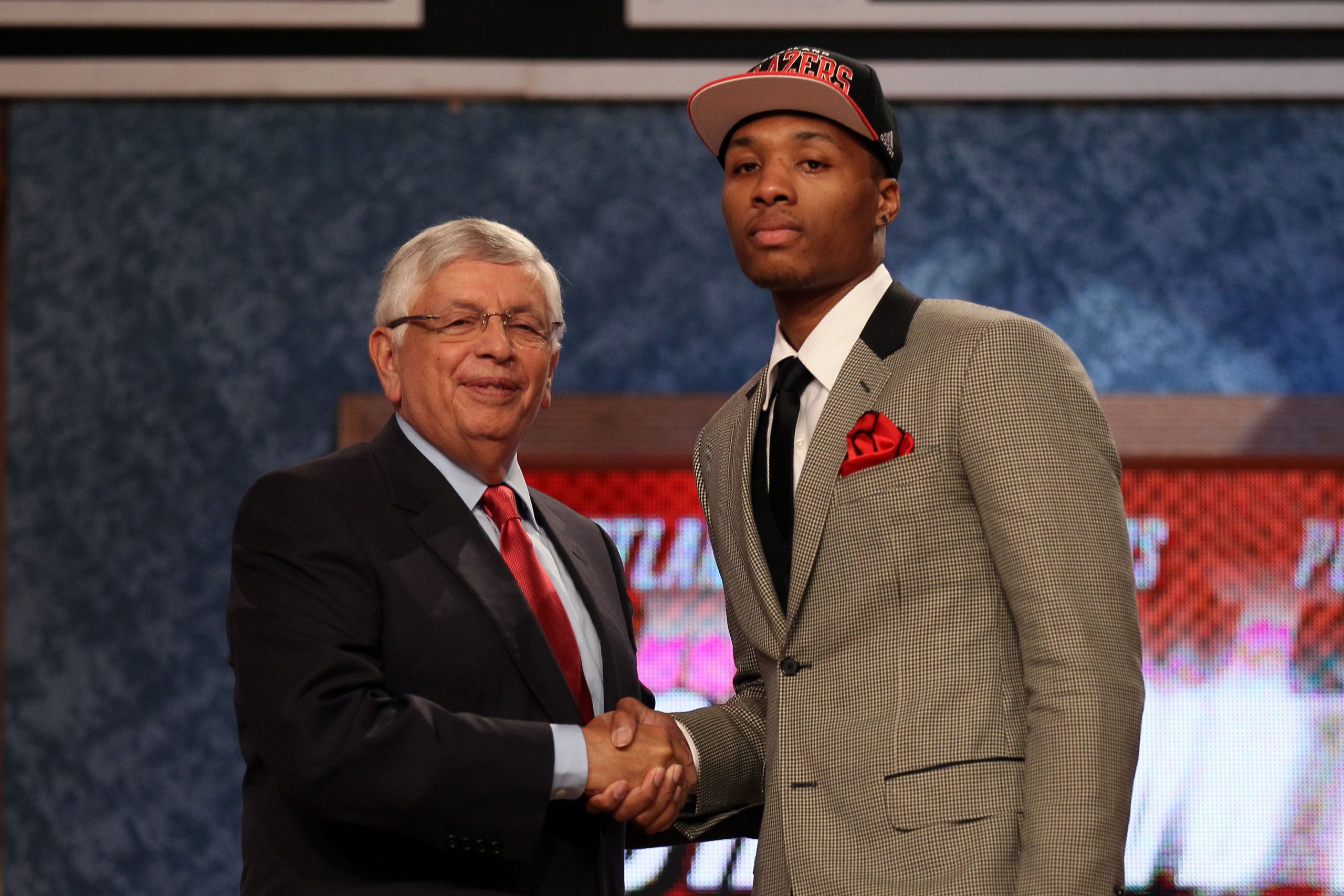 The odds they are a changin’. Bobby Dylan wrote that, right? Well, anyways, the lottery odds are on the verge of changing for the first time since the the NBA added a 30th team. Beginning with the 2019 NBA Draft lottery, the odds will be scattered a bit more evenly among the 14 non-playoff teams. This highly subjective list pays respect to the top selections made at each of the 14 lottery spots from 2004 to 2017. Today we toast to 14 years and  (actually 17) players.

To no surprise, there was plenty of competition at the top. While Howard is a shell of his former self at this stage of his career, that only helps prove that he is still the best first pick since LeBron James was selected in 2003. There have been some total whiffs (Anthony Bennett, Andrea Bargnani), but the list is primarily young upstarts, All-Stars, former MVP’s and future Hall-of-Famers: Andrew Bogut, Derrick Rose, Blake Griffin, John Wall, Kyrie Irving, Anthony Davis, Andrew Wiggins, Karl-Anthony Towns, Ben Simmons and Markelle Fultz. Wiggins, Simmons and Fultz ooze potential, but none have proven themselves. Griffin has to pick up the pace on the back nine just to come close. At his peak (which was longer), Superman was superior to Rose. Irving has a title to his name, and could actually catch Howard if he blossoms in Boston. Wall is in a similar spot as Kyrie, a proven star point guard, but not yet accomplished enough that I feel comfortable putting him ahead of Dwight. Anthony and Karl-Anthony may too be knocking on Howard’s door.

Durant didn’t face nearly as much competition in the second slot, but no one was going toe-to-toe with him anyways.

Joel Embiid may have something to say about this a few years down the road. For now this belongs to “the Beard.”

It’s my list, I make the rules. And I am opting out of this argument.

Will Cousins help lead the Pelicans to the playoffs? Am I slighting Kevin Love and his outlet passes? Hopefully not.

Brandon Roy might be holding onto this spot down had his superb career not been cut short due to injuries. Don’t sleep on Jonathan Isaac stealing this non-existent honor over the next decade.

Caldwell-Pope’s defense combined with his untapped offensive potential convinces me to take a leap of faith and put him ahead of guys like Rudy Gay, Al-Faruq Aminu and Channing Frye.

The ninth pick is considerably deeper than eighth, so this was a tough one. Joakim Noah was absolutely brilliant before his body broke down. DeMar DeRozan, Gordon Hayward, Kemba Walker and Andre Drummond are All-Stars. Dennis Smith is next. But Iguodala is a gem of a point forward with 3-and-D skills who followed in the footsteps of a fellow freak athlete well-known for his grittiness and defensive effort against stars such as LeBron James, namely Shawn Marion.

I’m hoping that C.J. McCollum doesn’t decide to rank basketball writers. I did predict you would win M.I.P., C.J.!

Thompson could eventually be challenged by Myles Turner, but he’s certainly safe for the time being.

Adams edges out Thaddeus Young, though Taurean Prince and Dario Saric are slowly emerging in the background.

Markieff Morris and Zach LaVine might have a bone to pick here, more-so the former than the latter at this point in their careers, but I’m going with Booker and Mitchell. Remember, it’s my list, and I’m allowed to be irrational when someone scores 70 points in a game prior to their 21st birthday. I’m including Mitchell because someone had to represent the loaded 2017 draft class, and he is be the man for the job. Mitchell has the smooth, sure shooting stroke of a Devin Booker or Eric Gordon. The difference is Donovan already defends and passes with more verve than Devin and Eric combined. Rest assured, he will be very motivated on opening night, as the Jazz take on the team that traded them the 13th pick.

I couldn’t snub both Morris bros, not in this lifetime. Pat Pat aka 2Pat makes the cut on strength of nicknames alone.