I apologize in advance if this week’s post is short and sloppy.  Normally, we’d all have more time to savor the Raiders game and get ready for tonight.  I’m sure any FAITHFUL READER will recognize the photo below from Justin Herbert’s first game.  I am sure you also remember how that one ended.  Anthony Lynn punts and Butker beat us. 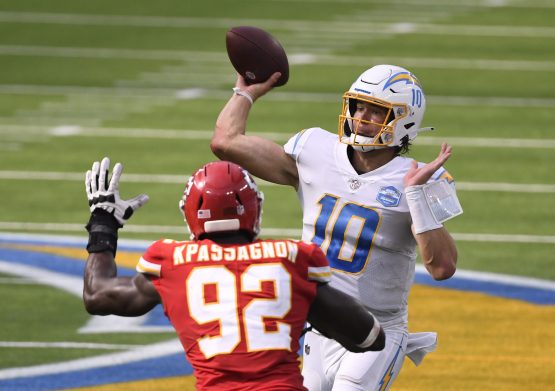 Neither of those guys will be there tonight.  Last week saw the Chargers going a little conservative with a decent sized lead.  Joe Lombardi admitted as much the day after the game.  However, the two 3 and outs would have cost us the win if not for the interceptions.  The biggest turning play of the first half was after the Chargers tried that sneak from a yard and a half out.  I love the attitude, but not the call.  Fortunately, with time outs in his pocket, Carr threw a pick.  That really changed the momentum around.  The second half saw Dustin Hopkins badly miss a 50 yarder.  I know I say the same thing over and over again, but he can’t be trusted from that distance.  There are many teams that can easily make that kick.  We just aren’t one of them.  He’s better than anyone since Novak.  Badgley used to be good from that distance, at least against Cincy in 2018.  But he couldn’t even make chip shots a few years later.  Last year, we began with a guy who couldn’t even make extra points.  That’s how Money Bungler got the job to begin with.  Remember Caleb Sturgis?  So this is who Hopkins is.  He rarely splits the uprights.  His OT kick against the Raiders last year looked like it barely snuck in.  At this point, Staley should just go for it if the alternative is to kick from that distance.  Just don’t run up the gut.

The punter was a hell of a lot better, which is why he got a game ball.  The kick that was downed near the goal line violated whatever statistical models Daniel Popper keeps citing.  Staley said one of the reasons he went so often was the punting game last year (hint: Ty Long) and he clearly meant it.  The offense looked good even with Keenan’s hamstring.  It sucks that he’ll have to miss any time, but compared to the opener at KC in 2016, this is not so bad.  Plus, Everett and Carter really stepped up.  Williams was off, but I have no doubt he’ll play well in KC.  He always does.  I don’t know if we can ever trust Parham to be healthy, but McKitty didn’t impress.  He fumbled, fortunately out of bounds and dropped a certain first down.  Herbert was his usual stellar self.  During games I am so focused on making sure we get the first down or whatever we need to win that I often don’t truly take in some of the amazing throws he makes.  Of course, it’s different to watch them outside the context of the game after it’s over.  But he was truly amazing. 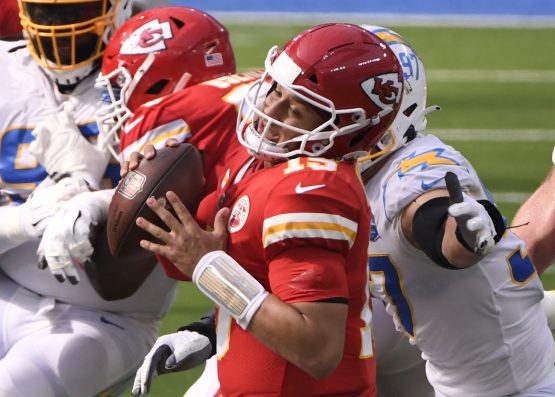 I know, another 2020 picture.  I’m working with archival photos today, but you get the idea.  The pass rush was a lot better with Mack helping Bosa.  Last time we played the Raiders, we could barely get heat on Carr.  Think about what the game on Sunday would have looked like if we’d recovered any of our forced fumbles?  I am not ready to say that Mack will stay healthy all year or that he will look like he did in his prime consistently.  Things sure worked out last week, though.  It was interesting to read the ESPN piece on the “Keeping the Lombardi in Los Angeles” today.  Staley mentioned wanting to get bigger up front on defense.  With White and Chenna both having big games for their new teams, it made explain why the Chargers didn’t offer them enough to stay.  There were also a few quotes from Dean Spanos in the piece about Staley suggesting that the team needed to be aggressive in the offseason.  Even Dean, who everyone thinks is cheapskate, admitted that you sometimes need to even overpay to try to win it all.  With J.C. Jackson most likely making his Charger debut tonight, we’ll see how that investment looks.  I had forgotten until reading it today that Derwin was hurt in BOTH games against KC last year.  It was obviously the second one that was the killer.  Kelce finished us off, but Hill didn’t miss a step even after he got hurt.  He won’t be there tonight, but we’ll need to keep KC in check.  To outsiders, this is a marquee matchup to kick off Amazon’s Thursday games.  To us, it’s a big game against the team we need to beat to get where we want to go.  Winning tonight would make people say we’re the best team besides the Bills.  A loss would have people saying the Chargers are the “Same Old Bolts.”  Both would be overreactions, but I’d prefer the first scenario.  I don’t really care if KC is better or worse than they were a year ago.  They’ve won the division every year since Denver was taking over.  It’s no stretch to say that a Charger win last December would have changed everything.  This may not be the game that decides our fate.  It would be nice to win it, though.

Wherever you are tonight, enjoy and #BTFU. 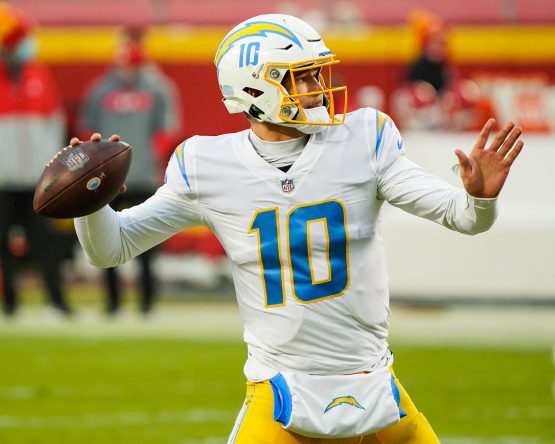 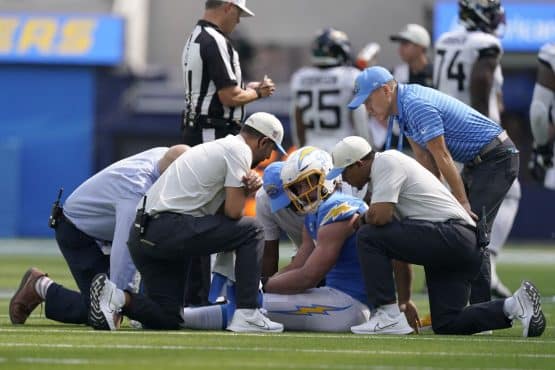 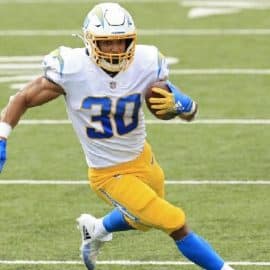