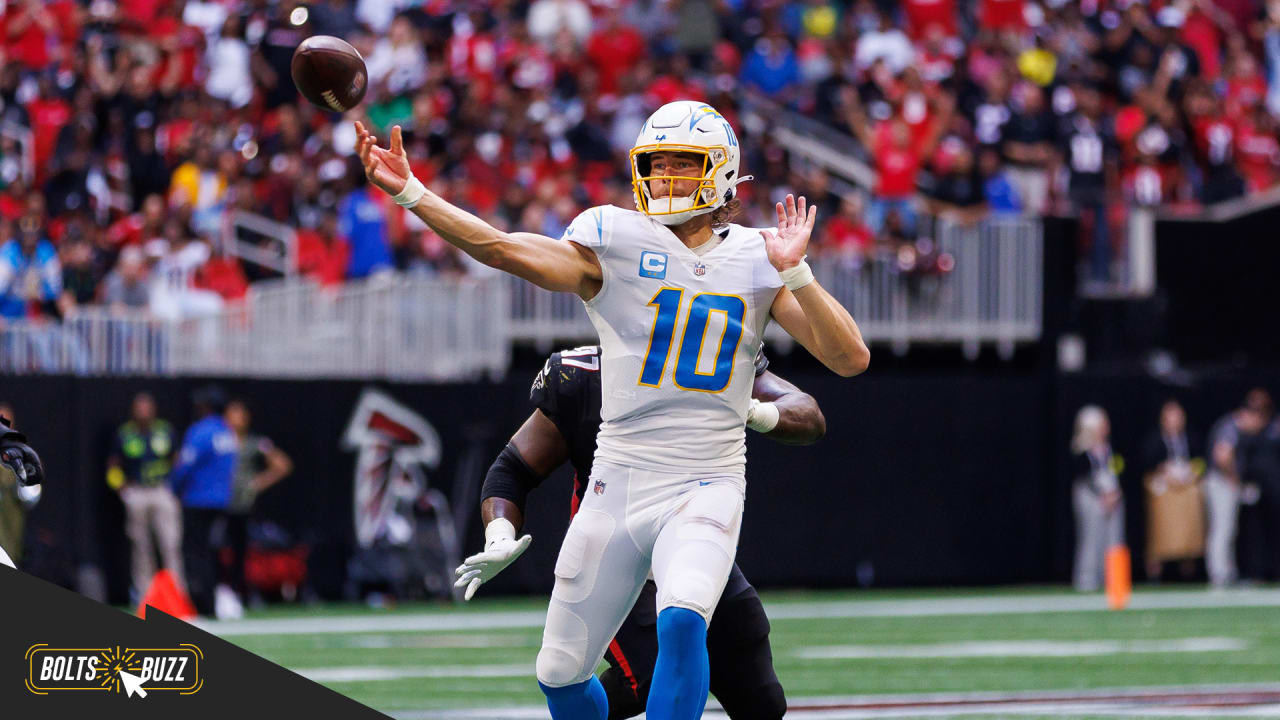 In the end, Herbert looked like himself.  That was the biggest takeaway from Sunday.  How might that change with Pipkins hurt again?  I don’t know.  Norton held up at the end, but clearly the Chargers see what we do.  I don’t know if “anyone but Storm” will be able to protect Herbert’s right side, but it seems like we’re going to find out.  It’s clear that falling behind big again won’t work in Santa Clara tonight.  The Niners are getting everyone back healthy (minus Verrett) after a bye week.  The Chargers, of course, got more injured during their bye.  T.J. Watt is going to return to action before Keenan Allen.  Think about that for a second.  We all saw how bad Atlanta looked on Thursday, but they were coming off a miracle win when we faced them and were in first place in their division.  It would seem like San Fran is the worst possible opponent for the Bolts this week.  They are relentless and physical.  I could spend an entire page documenting the weirdness of the Jerry Tillery situation.  He’s been pissy since camp apparently.  When he found out that there would be “competition” after Johnson went down for the year, he decided to completely shut down.

Even as Sunday’s games have begun to unfold, it’s clear that anything can happen on any given Sunday.  However, teams that have been playing well all year seem to keep doing so.  I don’t get focused on the Tua/Herbert comparisons.  You have to admire how McDaniel is using his skill guys.  Tua was winning last year and everybody scoffed when McDaniel took over or when Hill was praising his QB.  They just destroyed the Browns, one of the teams we barely beat.

Statistically, the Chargers are 5-3 are right in the thick of things.  But it’s hard to imagine them hanging with the rest of the AFC right now.  I was as psyched as anyone after Sunday’s win.  You can definitely argue that Ekeler fumbling and us recovering is something that never happens to us.  With all the injuries, we are 5-3.  But Herbert still has to make magic tonight with Josh Palmer and the rest of the Grubub, Uber, and Door Dash crew.   The run defense is bolstered by two guys who weren’t good enough to be active all season.  Larry Roundtree is now active.  We are in a “two team” race right now with KC for the division, but it’s hard to see us leapfrogging them.  Sure, if we split over the next two games it would be seen as a success.  But if we lose tonight, we haven’t beaten anyone good and will be heading for our rematch.  Nonetheless, we are where we are.  I have no doubt we will be a lot better tonight than we have been.  Will it be enough?  It’s difficult to imagine where the points and stops come from.  But that’s football for you.  As usual, the only choice is to follow that dream wherever it may lead.  Until next week.