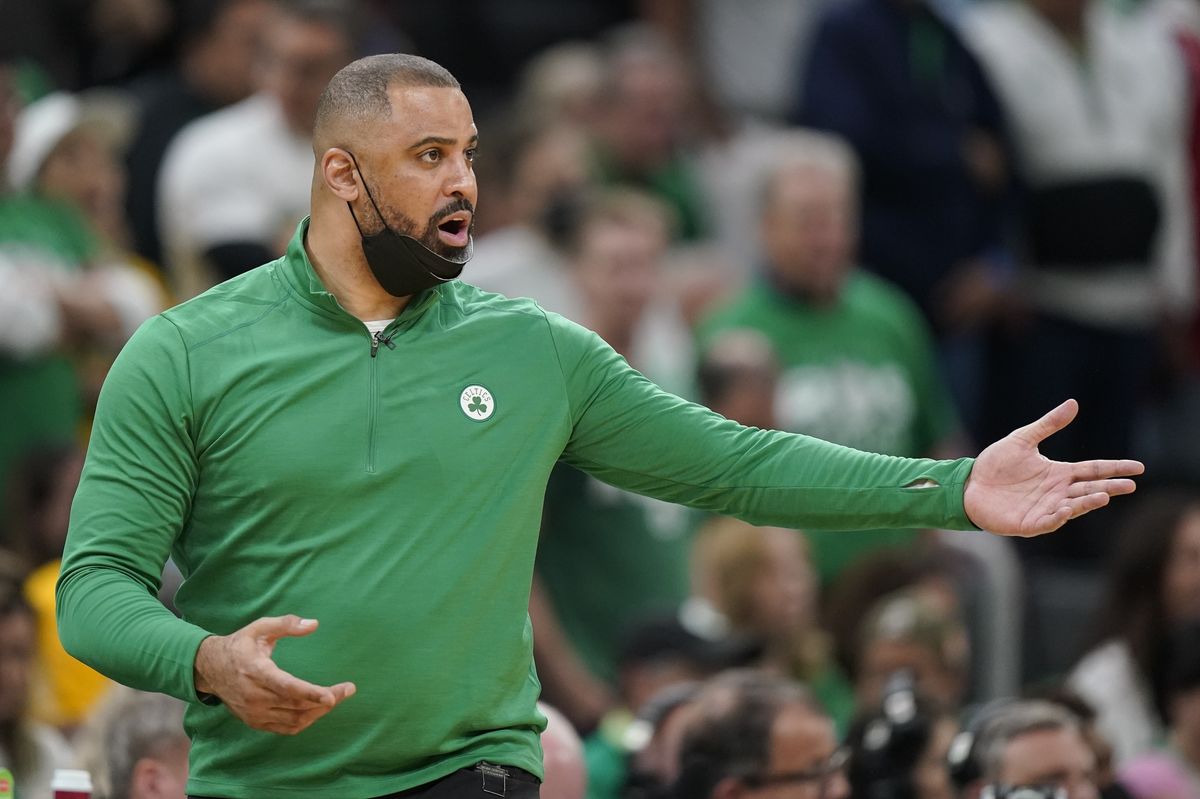 The Boston Celtics have suspended their head coach Ime Udoka for the season today, following an alleged affair with a female staff member within the club.

Udoka released a statement today apologising to his players, fans and family after it was confirmed that the Celtic’s head coach had an affair with a staff member. Read below for the head coach’s full statement.

Udoka led the Celtics to the NBA finals last season in his first term in charge over the Boston side, and although they fell at the final hurdle to Steph Curry and the Golden State Warriors, the season was considered a successful one for Udoka and his side.

The Celtic’s released their own statement following the actions of their coach, saying that the 45 -year-old has been suspended following ‘violations of team policies’ which comes off the back of an Athletic report concerning the Celtics coach’s alleged involvement in an “improper” consensual relationship with a female member of the team’s staff.

Udoka led the Celtics to a 51-31 record last season, with his side enjoying a remarkable 26-6 run towards the end of the season to make the playoffs. The side then continued their good run of form into the playoffs, as they made light work of Brooklyn, Milwaukee and Miami on the way to the NBA Finals, where they eventually lost out to the Golden State Warriors 4-2.

Celtics and Udoka’s assistant coach Joe Mazzulla is now set to take over as interim head coach ahead of the new season until a new head coach can be found.

Looking for some Basketball action? Check out the best NBA betting sites.