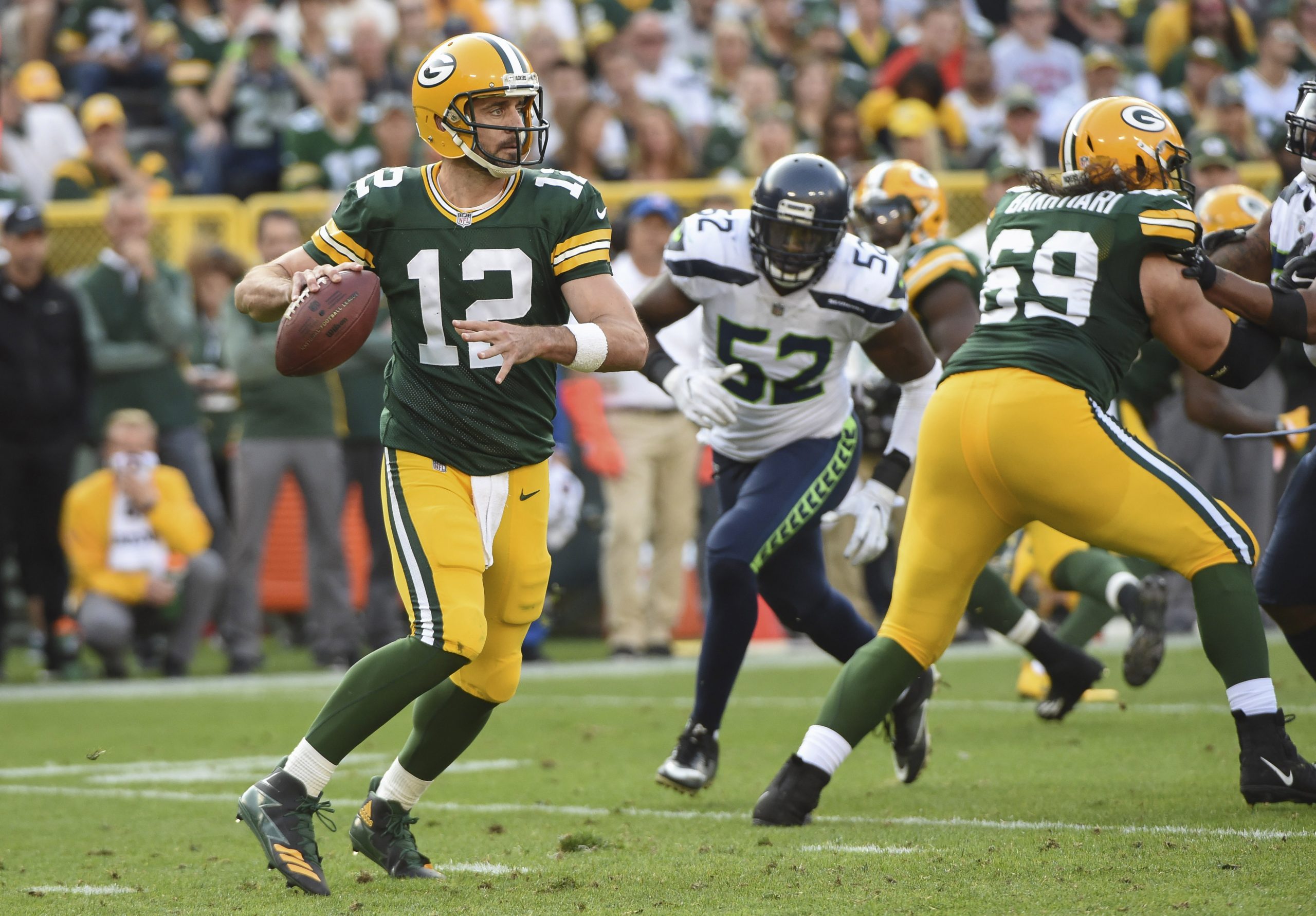 The Green Bay Packers head west to take on the Seattle Seahawks on Thursday Night Football in Week 11. The Packers are 4-4-1 on the season after last week’s 31-12 victory over the Dolphins. The Seahawks are 4-5-0 after last week’s 36-31 loss against the Rams in Los Angeles.

The Packers and Seahawks have met 18 times in the regular season with Green Bay holding an 11-7 edge since the series began in 1976. The Pack also have a 2-1 edge in three playoff meetings. The Packers have won the last three games between these clubs including a 17-9 victory at Lambeau Field in the season opener a year ago.

This game will have strong playoff implications. This is the first of two road contests for the Packers against teams they are battling for playoff position. The Packers need to win at least one of the next two games to keep their postseason hopes alive.

1. Slow Down the Seattle Running Game

The Seahawks lead the NFL with 152.2-yards gained per game on the ground. Their ground game has been a three-headed monster with Chris Carson, Mike Davis and Rashaad Penny all getting at least 54 carries on the season and all of them averaging between 4.4 and 4.7-yards per carry.

Penny, the team’s top pick in this year’s draft, had a breakout game against the Rams gaining 108 yards in just 12 carries.

When Seattle runs the ball well, their offense is much more effective. Green Bay’s interior defenders will have to have strong games especially Mike Daniels, Kenny Clark and Blake Martinez.

The Seahawks have 21 sacks in nine games. Unlike the Packers, they get most of their sacks from two specific players. Defensive end Frank Clark leads the team with eight sacks while defensive tackle Jarran Reed has five.

The interior of the Green Bay offensive line is better suited to run blocking than pass protecting, and they will have their hands full with Reed.

On the outside, the Packers can use tight ends to chip block Clark if Bryan Bulaga and/or David Bakhtiari are struggling to protect Aaron Rodgers.

Regardless of how, the Pack needs to keep Clark and Reed away from Rodgers.

Last week, the Packers finally gave Aaron Jones the vast majority of the carries and the results were nothing short of spectacular. The Seahawks are ranked 18th in the league in rushing yards allowed per game and should be vulnerable to Jones’ speed and powerful running style.

Last week, Todd Gurley ran for 120 yards against Seattle in just 16 carries. His longest run was just 17 yards which means that the holes were there consistently for Gurley throughout the game.

Look for the Packers interior line of Corey Linsley, Byron Bell and Lane Taylor to open holes for Jones much the way they did against the Dolphins last week.

Mike McCarthy can’t turn away from the running game which he has done too often this season. Jones needs to keep carrying the ball unless the Packers find themselves far behind on the scoreboard.

Russell Wilson is a mobile quarterback who can both extend plays and pick up big chunks of yardage on scrambles or designed running plays. Last week against the Rams, Wilson gained 92 yards rushing on just nine carries.

Green Bay is tied for the league lead with 31 sacks through nine games. Wilson has been sacked 29 times despite his mobility which shows the Seattle offensive line is not playing at a high level this season.

The Packers need to pressure Wilson, but they may also need to shadow him to prevent the Seattle quarterback from moving the chains by scrambling for key first downs. Mike Pettine will need to dial up a variety of blitzes to keep Wilson guessing.

5. Overcome the Ghosts of Seattle

It’s bad enough the Packers enter the game with an 0-4 road record this season, but Seattle has been a particularly tough place for Green Bay to play in recent years.

The last time the Pack visited CenturyLink Field was the 2014 NFC Championship Game which ended in disaster for the Packers. Green Bay led 19-7 late in the fourth quarter before the game slipped away. The most infamous play was an onside kick that Brandon Bostick failed to field with just 2:09 left on the clock. The Seahawks ended up recovering and eventually won the game in overtime.

In 2012, Seattle won a controversial victory on the “Fail Mary,” a pass that Green Bay’s M.D. Jennings appeared to intercept but the replacement officials ruled Golden Tate and Jennings had joint possession and gave Seattle a touchdown on the game’s final play.

Seattle is a loud building that gives all visiting teams fits. The Packers have lost their last three road games to the Seahawks. The Pack needs to overcome their road failures in general, the ghosts of past losses in Seattle in particular, and the fact that they’re playing a road game on a short week with a banged up secondary.

This is a game the Packers can win. The Seattle defense isn’t the same now that most of the former “Legion of Boom” members are no longer with the team and the Packers should be able to move the football, especially on the ground.

The Seahawks offense is similar to the Packers: always dangerous but rarely consistent. Green Bay needs to slow down the Seattle rushing attack. While the Packers secondary is banged up and missing several key players, the Seahawks receivers are not world beaters especially with Doug Baldwin slowed by nagging injuries.

Still, it’s tough winning on the road on Thursday nights and Russell Wilson’s mobility and the Packers inconsistency on offense will cost them in the final minutes of the game.