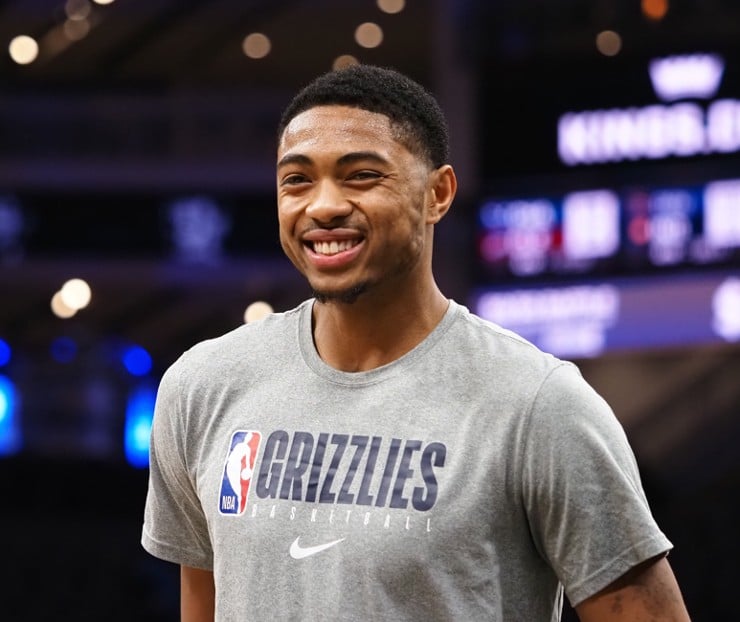 The Celtics have signed Bruno Caboclo to a training camp deal. The seven-year NBA veteran appeared in only 14 games from 2019 to 2021. Caboclo didn’t play in the league last season. In the 2020-21 season, he averaged 2.8 points and 2.3 rebounds per game with the Rockets.

During the NBA 2K23 Summer League, the 26-year-old participated with the Jazz. In the team’s 95-84 loss to the Grizzlies, he finished with 17 points, 7 rebounds and 3 blocks. Though, the front office moved on from the 6’9″ forward. The Brazilian was selected 20th overall by the Raptors in the 2014 NBA Draft.

Almost four years after he signed a multi-year deal with Toronto, the team traded him to the Kings for Malachi Richardson. However, his time spent with Sacramento was cut short; the team waived him. Months later, he signed a 10-day contract with the Rockets. Nonetheless, Caboclo was waived again.

After signing two 10-day contracts with the Grizzlies, the team signed him to a multi-year deal on Feb. 13, 2019. Based on Basketball-Reference statistics, the forward’s 2018-19 season was his best NBA season.

On Mar. 25, 2019, in the Grizzlies’ 115-103 home win over the Thunder, the forward finished his performance with his first career double-double. He amassed a career-high 24 points, along with 11 rebounds in 36 minutes played.

A year later, the Grizzlies traded Caboclo to the Rockets for Jordan Bell and a 2023 second-round draft pick. Through 105 career games, the seven-year veteran has averaged 4.2 points and 2.6 rebounds per game. Also, he has averaged 40.3 shooting from the floor and 30.8% from 3-point range.

Last season, the Celtics lost the NBA Finals in six games against the Warriors. The Dubs won their fourth championship over the past eight seasons, and it was their seventh title in franchise history.

Jayson Tatum may have won the Eastern Conference Finals MVP, but some would argue that he underperformed on the grandest stage. Warriors guard Stephen Curry won his first Finals MVP.

Bruno Caboclo could make a roster spot on the Celtics. G.M. Brad Stevens is continuing to add frontcourt depth. His wingspan is 7 feet, 7 inches, so the forward is definitely worth checking out.