The Championship Game is Set 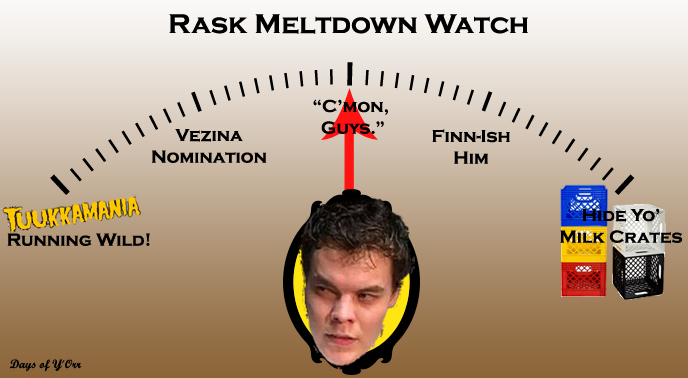 The road to the 2016 Frozen Four is not an easy one. Today we saw two great hockey games one being a double overtime thriller and another being a battle for Boston. Tomorrow’s game is shaping up to be a good one as Minnesota Duluth will take on Boston College at 9:00 pm at the DCU Center in Worcester, Massachusetts.

Game number one of the day was Minnesota Duluth vs. Providence College. This game started very slow as it did not get interesting until mid second period when Providence’s Conor MacPhee was sent home early for a 5 minute major and game misconduct for head contact. This was the right call it was a dangerous hit where MacPhee raised his elbow and made blatant contact to the head.

From there the game heated up and really started to feel like a playoff hockey game. But it was not until the third period when the Duluth would finally make it on the score board when assistant captain Tony Cameranesi fired a laser from the side of the right faceoff dot beating Providence goaltender Nick Ellis.

Ellis would redeem himself right after the goal when he made a nifty save taking away a goal from Kyle Osterberg and the Duluth.

Soon after that save Providence would tie the game up at one thanks to Steven McParland the goal was assisted by Ryan Tait and Tom Parisi. But this game was far from over as we got some extra hockey, in fact we got a lot of extra hockey as it would take and overtime and then some to finally break the tie and end the game. Karson Kuhlman just happened to be in the right place at the right time to tap in this game winning goal as the puck was sitting right in front of the crease. That goal sending the Duluth to the Championship game tomorrow night.

But unfortunately this was not the longest game in Northeast regional history, as Miami and Air Force still hold that record dating back to that incredible game in 2008.

This game unlike the first game was not as interesting as you could quickly tell who was suppose to be there and who has not been there in a long time. Harvard just could not play on the same level as BC all night. You could tell very quickly that one team has been here before the other has not. Bu this game did have a little history to it as they have met 124 times in the regular season but never in the NCAA tournament.

This game unlike the first one got the scoring going early as Alex Tuch scored his first of two goals on the night giving BC the very early 1-0 lead. Shortly after that goal Boston College would strike again making the game 2-0, the second goal was scored by Austin Cangelosi this was also his first of the night.

Seb Lloyd would be the one and only goal for Harvard as that would come nine minutes and fifty second into the second period. From there Boston College would just play out the final twenty minutes and score an empty-netter which would make the game 5 to 1. Austin Cangelosi scored his second goal of the day on that empty-netter.

Harvard got a little emotional on the podium after the game as Hobey Baker Award finalist Jimmy Vesey seemed to be holding back tears throughout his press conference. Vesey has a great chance to win this year’s Hobey Baker Award as he is a good guy on and off of the ice.

So the stage is set, it will be Minnesota Duluth vs. Boston College tomorrow night at 9:00 pm.