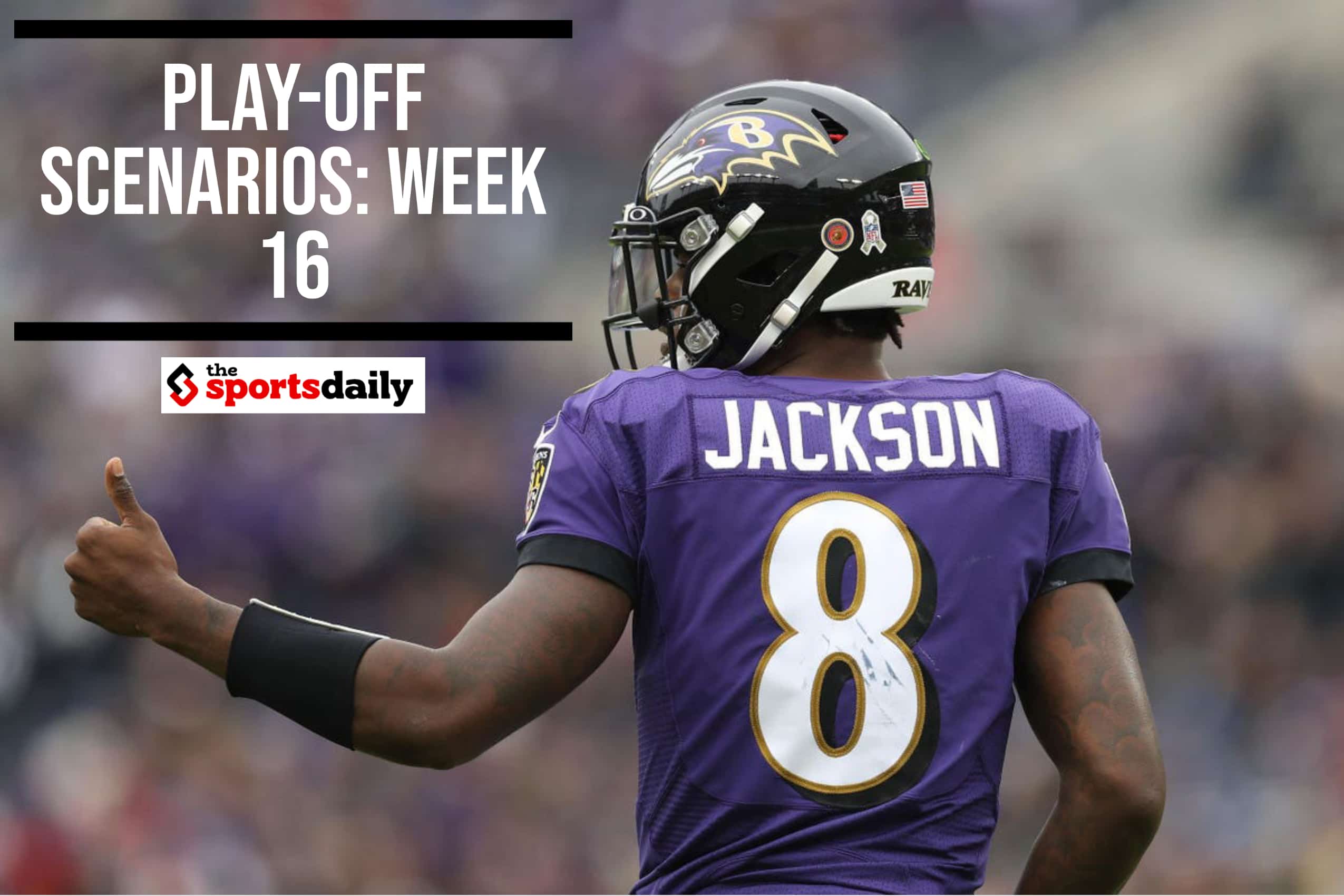 We are approaching the business end of the NFL season, which means conversations surrounding potential play-off and elimination scenarios are starting to intensify.

With the 13-for-1 Eagles confirmed as the first franchise to secure a play-off berth after punching their postseason ticket with a win over the Giants two weeks ago, there is everything still to play for across both conferences.

In Week 15, they were joined by the 49ers who clinched their first NFC West title since 2012, as well as the Vikings, Cowboys, Bills and the Chiefs, who topped the AFC West for the seventh successive season.

As we approach the festive season, Week 16 sees games across both Christmas Eve and the day itself, and there is the potential for even greater cheer for a handful of teams should they manage to secure a play-off spot this gameweek.

We take a comprehensive look at the potential scenarios that could play out in Week 16, both in terms of play-off berths and eliminations.

Teams Already Confirmed for the Postseason

Franchises Out of Contention Already

Heading into Week 16, there are five teams who have already had their elimination confirmed and mathematically won’t compete in the play-offs.

Despite clinching the first play-off spot in Week 14, the ever-imperious Philadelphia Eagles have been made to wait for the NFC East title with the Dallas Cowboys also enjoying a strong season having succumbed to just four defeats.

Eagles can clinch the NFC East division title with a WIN or a TIE.

Home advantage as well as NFC’s only first-round bye can be secured with a WIN or a TIE – if the latter occurs, they will also need Minnesota to lose or tie.

The Chargers are in a good position to clinch a play-off spot in the AFC West, but will a whole host of other results to swing their way to confirm their postseason status in Week 16.

The Chargers can confirm a playoff berth should any of the following scenarios pan out this week:

Incredibly, Baltimore’s chances of securing a play-off berth rest on one of any 10 scenarios in Week 16.

Baltimore clinches playoff berth should any of the following materialise:

Super Bowl betting favourites the Bills have already made their way to the postseason as expected, but can clinch the AFC East in Week 16 against a sorry looking Chicago Bears.

Buffalo can win the AFC East simply by WINNING or TYING against the Bears on Saturday, but their title can also be confirmed if the Dolphins lose or tie against Green Bay.

Last year’s Super Bowl runners-up the Bengals have once again exemplified their championship potential, and can confirm their spot in the postseason in Week 16 with a relatively straightforward proposition.

Cincinnati confirm their play-off status if they WIN or TIE against the Patriots on Saturday, while a Jets loss or tie could also be enough.

Last but certainly not least, New York Giants can clinch their first play-off berth since 2016 this week, with three possible scenarios enough to see them through.

The Giants face an incredibly tough match-up against the Vikings this week, and may be eyeing the Colts in Week 17 as the more likely route for play-off qualification. Nevertheless, there are three possible avenues they can take in Week 16.