Cowboys should look for more consistency, not big plays from Tavon Austin 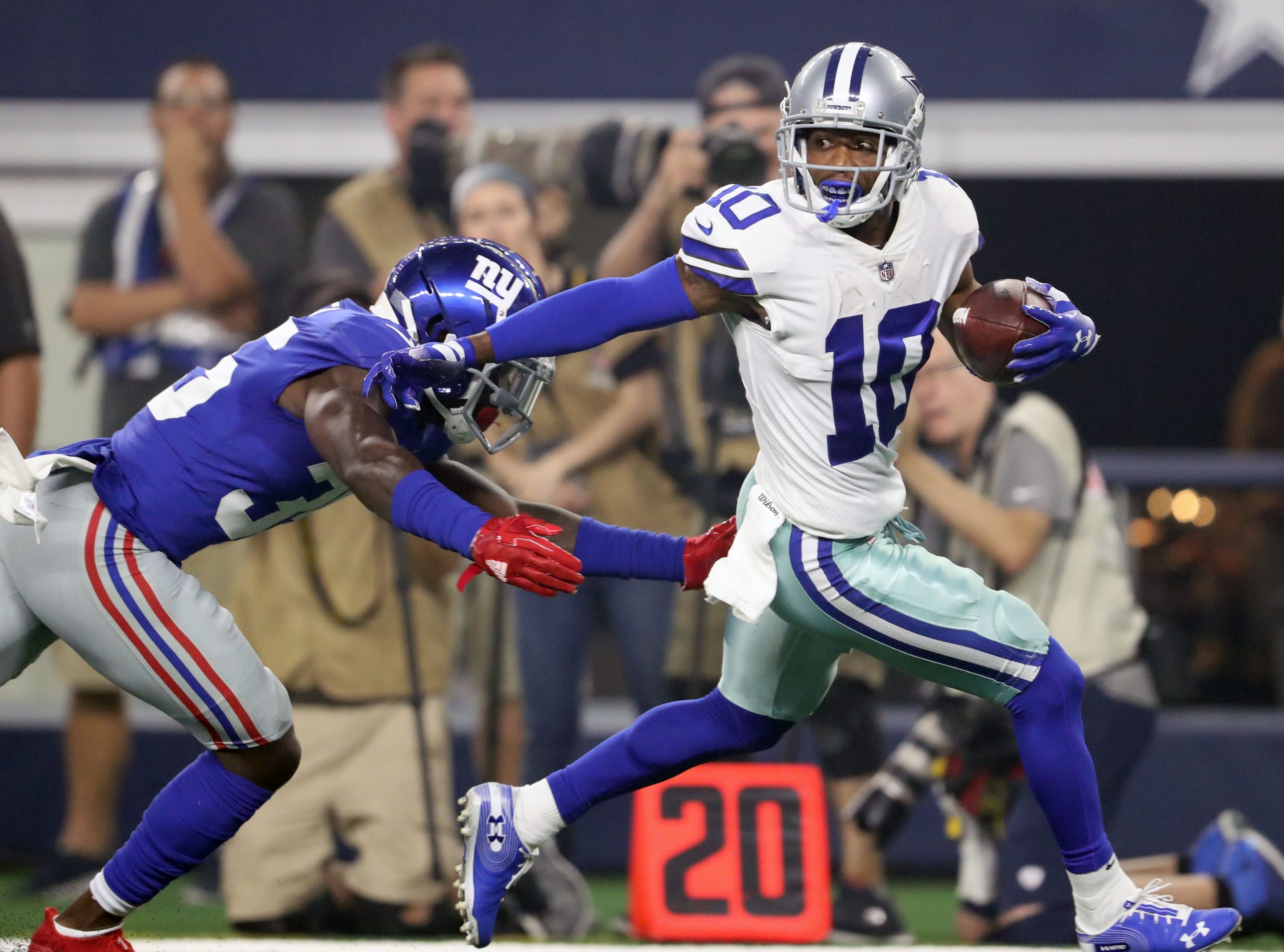 Lightning struck once last night against the Giants as Tavon Austin jumpstarted the Cowboys 20-13 win with a 69-yard score. If that’s what got the game rolling, it’s not something to expect again. Instead, it might be most beneficial if he starts showing more, incremental efficiency.

Many words have been written since Austin joined the roster, expecting him to be a gadget player the team has needed for some time now- even though he’s certainly not getting younger.

But it’s been three years since he’s had a play over 60 yards (and two years since his last touchdown). Last season his best reception topped out at 13 yards while he managed a 29-yard run. In 2016, he had a pair of plays over 40 yards, doing little to ignite a Rams offense that won four games.

Granted, his time in St. Louis and Los Angeles was not surrounded by a roster as talented as the Cowboys. It’s possible that Jason Garrett and the coaching staff have found the niche for Austin, but it seems like a dream to consider Austin a problem solver this early on.

Through two games, he has certainly done what he’s been brought to do. He’s caught both of his targets and added on 16 yards on two rushes. It’s a small but efficient sample size.

More than scoring long, DeSean Jackson-like touchdowns, it’d be a success to see Austin keep that catch rate up closer to double digits and keep chipping away at run defenses.

The more yards Austin has had, the worse his catch efficiency. In 2014 he had a career-best 70.5 percent rate paired with 242 yards on 31 receptions. Austin saw a career-high 106 targets in 2016 but caught just 54.7 percent for an average of 8.8 yards- the definition of inefficiency.

Austin’s a bit buried on the depth chart and as the first couple games show, he won’t be targeted near as much this year. He’ll be closer to that 2014 campaign, the only year he caught over 60 percent of his targets. That’s the ultimate goal with him.

Not only will it help Austin look like a more complete receiver, but ultimately looks to benefit Dak Prescott whose stat line is less than ideal minus Austin’s play.

Aside from the 64-yard touchdown pass to Tavon Austin, Dak Prescott averaged 3.2 yards per attempt on his other 13 passes in tonight's first half.

Twitter will love sharing more big plays from Austin, feeling a bit of nostalgia for the late 2000s West Virginia offense, but those plays may help the Cowboys win a couple of games.

His teams have won every game he’s had a receiving touchdown over 40 yards, though after Sunday’s win, that’s just five times (since he had two in one game against the Colts his rookie season). The more efficient Scott Linehan’s play calling gets to influence more targets Austin’s way, the more we may see those big plays break loose.

For now, Austin’s big play ability has finally made an appearance in Dallas but now it’s time to see he can succeed in a more limited role too.