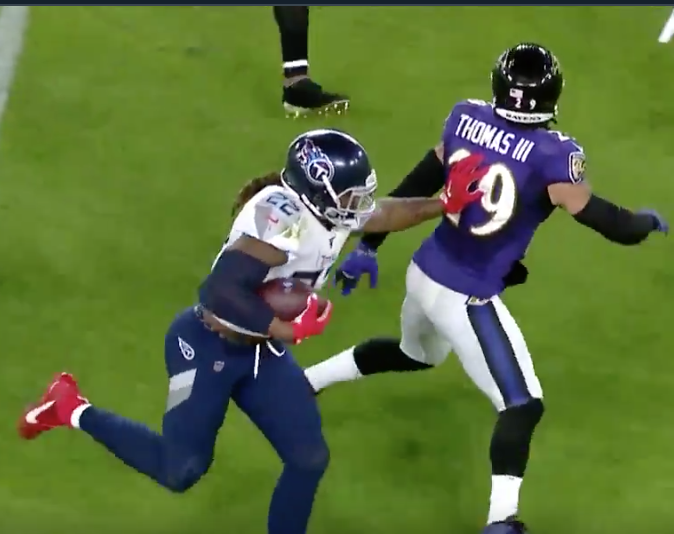 Titans running back Derrick Henry is an absolute freight train, and poor Earl Thomas learned that lesson during Saturday’s divisional round game.

Thomas is a veteran, and he knows plenty about the league’s stars, as most safeties have a good handle in scouting their opponents.

As such, he knows not to get in the way of the 240-pound Henry when he gets his legs churning. Unfortunately for him, he was the closest defender to Henry on one particular play in the first half of Saturday’s game, and it didn’t go well for him. Henry tossed him aside like a rag doll with a powerful stiff-arm.