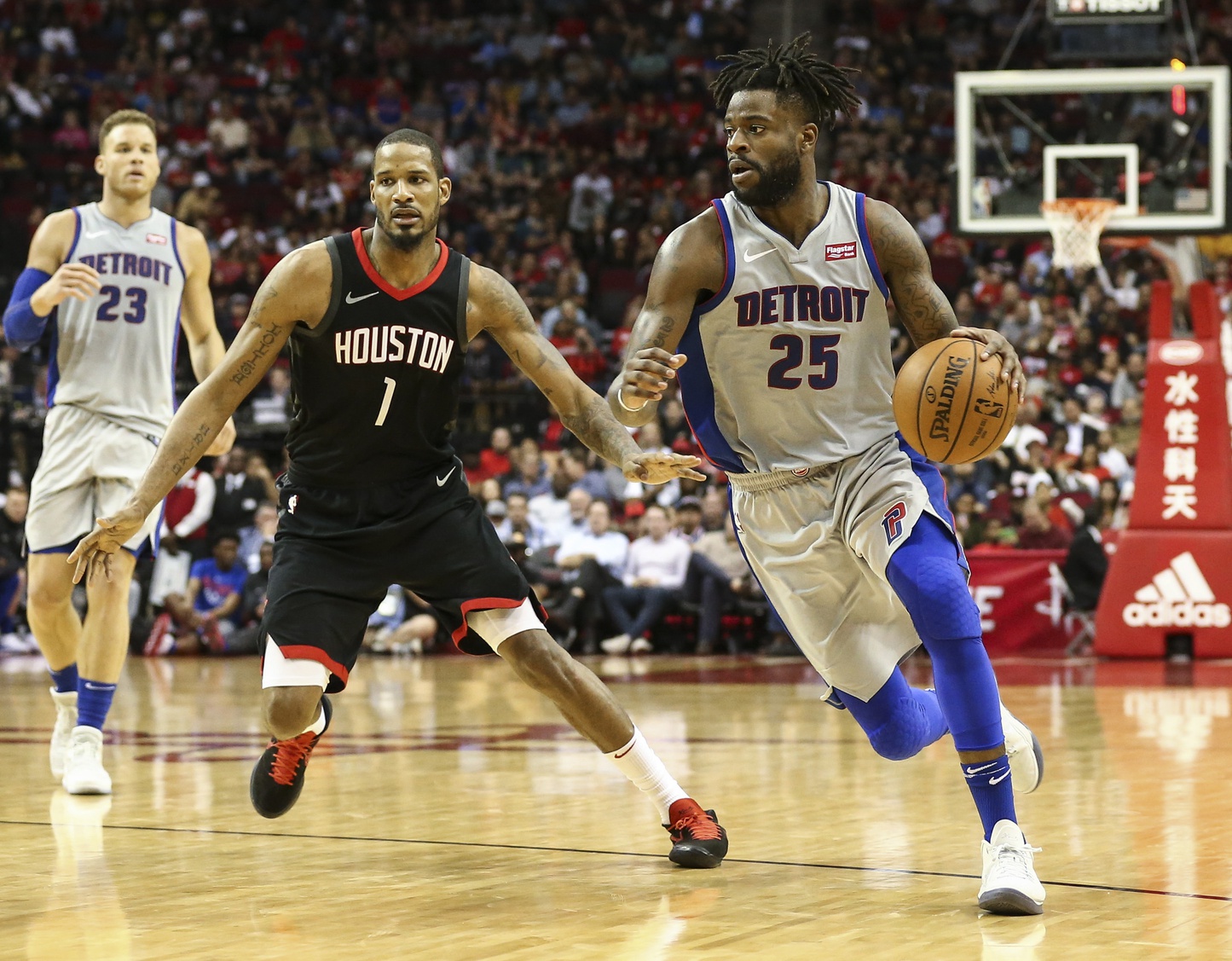 After falling just short of the playoffs last season, the Detroit Pistons, led by last year’s Coach of the Year Dwane Casey, are hoping to bounce back in a big way. The continued emergence of Reggie Bullock is key.

So much can change in the span of one year. Don’t believe me? Ask Spencer Dinwiddie, Khris Middleton, or Donovan Mitchell. The first two were Pistons at one point (the guys that got away) and the latter could’ve been (hi there Luke Kennard). Regardless, all three of them have broken out in the not-too-distant past. While Detroit would undoubtedly be in a better position to succeed if they discovered these diamonds in the rough themselves, let’s not forget that the Pistons were patient enough to nurture Bullock, who turned himself into a solid 3-and-D wing over the course of 2017-18.

Bullock turns 28 in March. Until lately he was a poster journeyman, having played sparingly for the Clippers and Suns before coming into his own with the Pistons. The former North Carolina Tar Heel was selected by the Los Angeles Clippers with the 25th overall pick in 2013. He appeared in 68 games through a year and a half there before being shipped to Phoenix as part of a three-team trade that reunited Doc Rivers with his son, Austin. Bullock bounced back and forth between the NBA and G League, with Phoenix assigning him to the Bakersfield Jam more often than not (only 11 games with the Suns). Then came the summer, and Bullock was dealt again, along with Marcus Morris and Danny Granger, to the Pistons, in exchange for a 2020 second round pick. Almost two years to the date of that second trade, Bullock signed a multi-year contract to remain with the Detroit Pistons.

At 6-7, 205 lbs. with a 6-10 wingspan, it’s surprising that the Clippers, who never had much (read: any) depth along the wing during the Lob City Era, didn’t prioritize Bullock’s development or put his skills to good use. Of course Rivers was a solid player there until he too was traded this summer. Even more shocking is the fact that the Suns, who have likewise been starved for 3-and-D wings over the years (until now), basically gave Bullock away for a song. Even then, Bullock’s first two years with Detroit were ho-hum. He appeared in 11 fewer games during that span than he did during his first two seasons with the Clippers and Suns. But then came 2017-18, the year that would change the direction of Reggie Bullock’s career once and for all.

In 2017-18, Bullock contributed career-high averages of 11.3 points (48.9 FG, 44.5 3Pt, 79.6 FT), 2.5 rebounds, 2.0 threes, 1.5 assists, 0.8 steals and 0.2 blocks in 27.9 minutes while appearing in 62 games, including 52 starts. Already a strong outside shooter (based on the small sample size from his first four years in the league), Bullock took his three-point launching to another level, finishing the campaign with the second-best three-point percentage in the NBA, trailing only Darren Collison. Moreover, Bullock was in the top-50 in made threes per game, tied with Denver’s Jamal Murray.

Having drained 212-of-526 (40.3 percent) from beyond the arc for his career, it’s worth wondering what took the world so long to realize Bullock has game. As Dinwiddie has said time and time again though, opportunity is what matters. Without it, we are nothing. Well, Bullock saw about 100 more minutes last season than he did in his first four combined, and accumulated over half of his career points, assists, steals, blocks, made field goals, made threes and made free throws. Now that, my friends, is shooting your shot.

Bullock isn’t just making a difference on the basketball court either. Reggie’s reach extends beyond the lines of the hardwood, into the lives of others.

“I got involved with Athlete Ally to combat transphobia and violence against trans people of color. Every person deserves to live as they are, free from violence and discrimination.” – @DetroitPistons @ReggieBullock35 #ActionAwards

Jump to today, October 7, 2018, and Bullock is the Pistons’ top 3-and-D wing. If we could combine Luke Kennard and Stanley Johnson into one player, he would certainly be competition, but alas. It’s as if the team Blake Griffin suits up for is pre-destined to lack wing depth. But this time around Bullock won’t be wasting away on the bench while Griffin labors long and hard; instead they’ll be sharing the frontcourt. Barring an unforeseen trade or unfortunate injury, Bullock and Blake will both end the 2018-19 among the team leaders in minutes per game, with the former serving as an excellent outlet option off of Griffin’s transition runs and forays into the paint.

Can Bullock build on last year’s successful season? Bullock will be tasked with covering the best wings in the league as well as providing offensive spacing for the trio of Griffin, Andre Drummond and Reggie Jackson, who aren’t exactly shining examples of stellar outside shooting. Maybe Bullock has already reached his respective mountaintop. Or maybe he’s just getting started. Here’s to hoping he’s just scratching the surface.