Did Donald Trump cross the line in believing Drew Brees should not apologize? 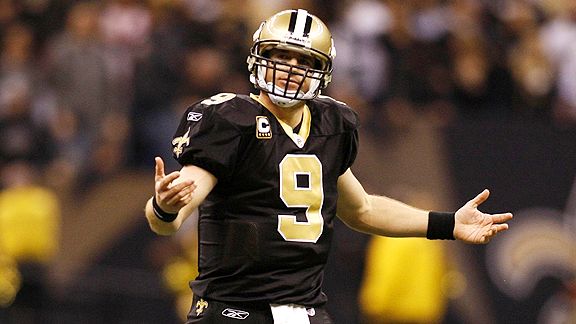 This past week New Orleans Saints quarterback Drew Brees got himself into some trouble when he disagreed with players kneeling during the national anthem prior to National Football League games. He told Yahoo! Sports, “I will never agree with anyone disrespecting the flag of the United States of America, our country.”

Brees’s comments caused a national firestorm, as he instantly became the biggest story in sports this week. The argument that he misunderstood why players were kneeling during the national anthem in the past was given by many American sports stars such as Brees’s teammates Michael Thomas and Michael Jenkins, along with LeBron James of the Los Angeles Lakers.

According to Nancy Armour of USA Today,  the protests were never about the flag. The reason why so many African American athletes have protested over the years has been because they have tried to raise awareness of racial inequality and police brutality.

After the criticism and conversations with others, Brees seemed to genuinely understand why kneeling by fellow players in the NFL over the last few years were occurring. He put out an apology. You may or may not agree with the depth of Brees’s apology, but the bottom line is he apologized.

Then on Friday, United States President Donald Trump called Brees out and said “he should not have taken back his original stance on honoring our magnificent American flag.” Just like many times over the last few months, it would have been better for Trump not to comment on this situation. The bottom line is that his comments here could generate greater controversy as Americans continue to look for justice in the murder of George Floyd by the Minneapolis police, and fight for racial equality.

Brees in fact even sent out a letter to Trump and said the following. The message was posted on Instagram.

“Through my ongoing conversations with friends, teammates, and leaders in the black community, I realize this is not an issue about the American flag. It has never been. We can no longer use the flag to turn people away or distract them from the real issues that face our black communities.”

“We did this back in 2017, and regretfully I brought it back with my comments this week. We must stop talking about the flag and shift our attention to the real issues of systemic racial injustice, economic oppression, police brutality, and judicial & prison reform. We are at a critical juncture in our nation’s history! If not now, then when?”

“We as a white community need to listen and learn from the pain and suffering of our black communities. We must acknowledge the problems, identify the solutions, and then put this into action. The black community cannot do it alone. This will require all of us.”

Brees seems to get the issues now. It will now be interesting to see when Trump will.