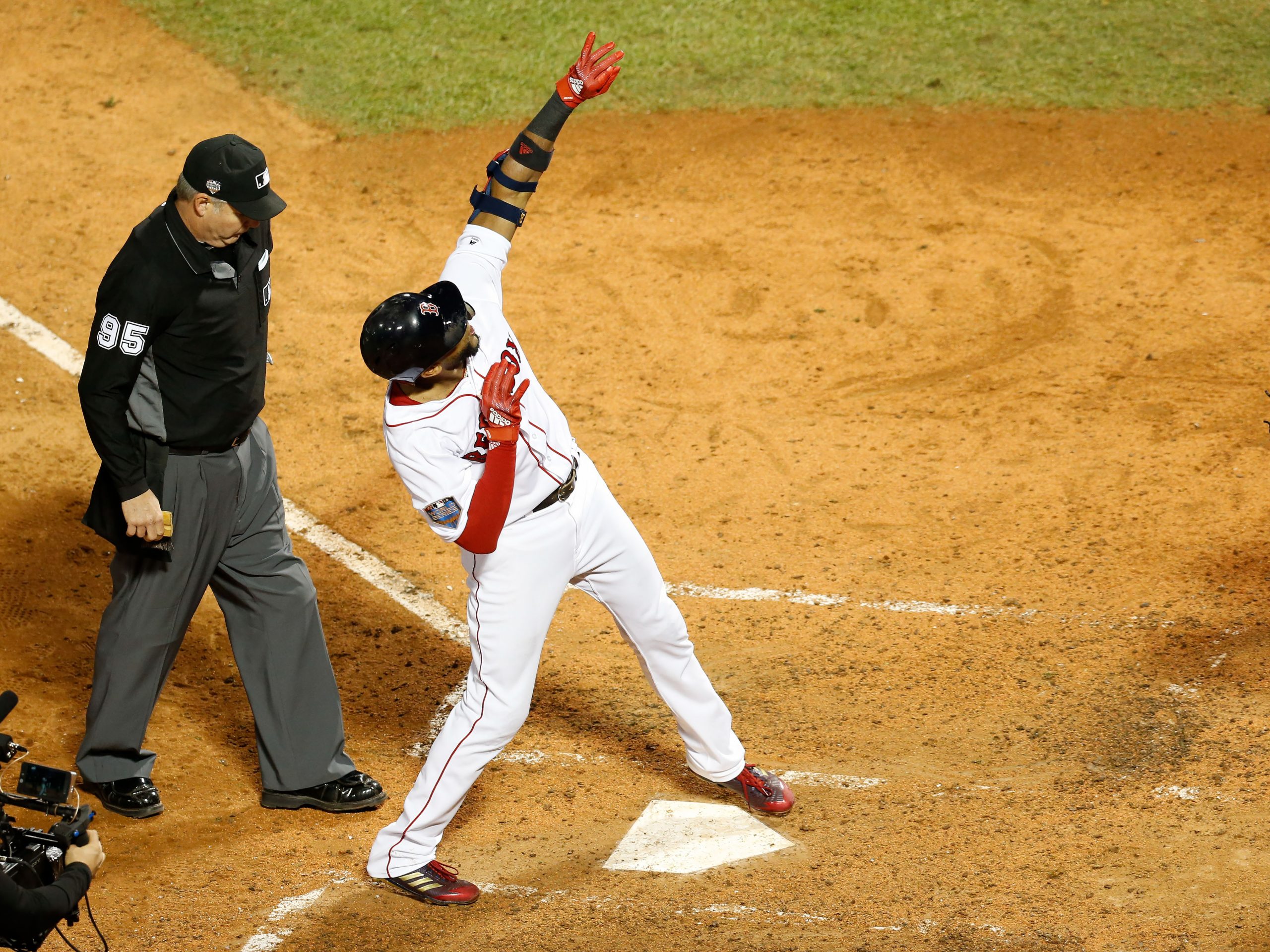 The Red Sox showed that they are indeed, head and shoulders better than the rest of MLB with a dominant 8-4 win over the Dodgers in Game 1 of the World Series at Fenway Park on Tuesday night.

Boston’s roster is chock full of home-run hitters, and they showed that on Monday, with the game still very much up for grabs. The Red Sox were clinging to a 5-4 lead in the bottom of the seventh inning, with two men on base, when manager Alex Cora made a genius move. Even though Rafael Devers was 1-for-2 in the game, with an RBI, Cora elected to have Eduardo Nunez pinch hit for him.

Well, Nunez delivered, crushing a three-run homer to put the game out of reach. That gave the Sox an 8-4 lead, and no runs were scored after that. It was, effectively, the dagger.

And now the pressure is on the Dodgers to right the ship and attempt to get back on track in Game 2 on Wednesday night, as the Red Sox have all the momentum from Tuesday’s dramatic win.

It will be up to Hyun-Jin Ryu to help get his team back on track. Ryu didn’t fare well in his last outing against the Brewers, giving up five earned runs in only three innings of work in the NLCS Game 6 loss. Not only that, he’s never pinched in Fenway Park, and said that the dimensions of the field were unfamiliar to him, so he went and studied them. He’ll have a difficult task in facing the Red Sox batters, as they’re an offensive juggernaut.

As for the Red Sox, they’ll be throwing David Price, who got his first career postseason win as a starting pitcher in ALCS Game 5. He was previously 0-9 up to that point, but his changeup proved to be a very effective pitch, and he shut the Astros down, giving up only three hits in six scoreless innings of work — with nine strikeouts as well.

We look for both pitchers to give up runs on Wednesday night, and it should be an entertaining matchup. The Red Sox will be looking to take a strangehold on the series, while the Dodgers will attempt to steal a game on the road and go back to Los Angeles feeling good about itself.