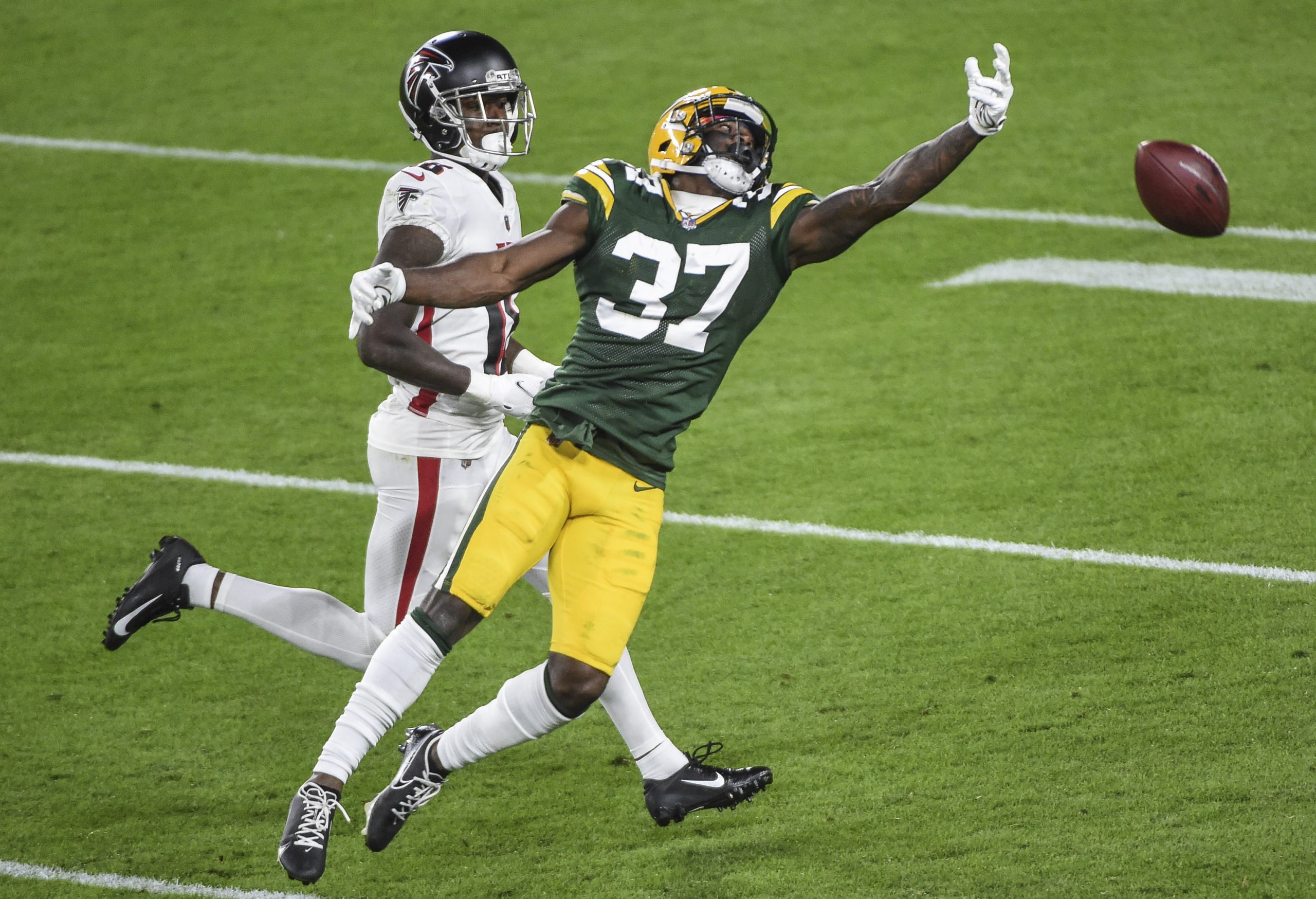 The Green Bay Packers added nine players in the 2021 NFL Draft and addressed their needs for depth at several positions. We still don’t know how many of these picks will make the opening day roster.

These nine potential new Packers will pose direct challenges for several existing players who were with the team in 2020. Here is a look at five players who will face a bigger challenge to make the roster after this year’s draft:

Dexter Williams was the Packers sixth round pick in the 2019 NFL Draft. In the preseason that year, he showed he could run the ball effectively but he struggled with pass blocking and route running and that kept him from getting more playing time.

When injuries struck at running back in 2019, the Packers turned to veteran Tra Carson over Williams because the coaching staff didn’t trust the rookie to protect Rodgers.

In 2020, the Packers kept Dexter Williams on the practice squad for most of the season although he did appear in three games.

Thus far, Williams has played seven games for the Packers and has seven carries for 19 yards while playing a total of 17 offensive snaps.

The addition of seventh round pick Kylin Hill will threaten Williams’ roster spot. The key to Williams’ return to the roster is showing that after two full seasons in the organization, he has improved his route running and pass protection ability enough to earn the coaches trust. Hill may have similar issues in his rookie year and that could help Williams beat him out.

This is likely Dexter Williams’ last chance to show the Packers coaching staff that he’s ready to be a contributor as RB3.

The Packers released Tyler Lancaster earlier this offseason but then brought him back for less money.

In 2020, Lancaster appeared in 15 games, starting three, down from 10 starts the previous season. He made 23 total tackles and was used primarily as a run stuffer. He recorded no sacks and no tackles for loss in 2020.

Lancaster will have a cap hit of $1.247 million according to spotrac.com. That low cap hit may be enough to save his roster spot but he’ll need to show a little more growth on the field in his fourth NFL season.

The Packers selected Burks in the third round of the 2018 NFL Draft. He was expected to step in and be a cover inside linebacker but injuries in training camp derailed his progress in each of his first two seasons.

Burks started four games as a rookie but none since then. He has been unable to get on the field. The Vanderbilt alum played only nine percent of the Packers defensive snaps in 2020 but was a valuable contributor on special teams.

During the 2020 season, Burks was moved to outside linebacker at times and that change may be permanent.

The Packers added Isaiah McDuffie out of Boston College in the sixth round of this year’s draft. Like Burks, McDuffie projects as a coverage linebacker who can play outside or inside and contribute on special teams.

This may be Burks’ last chance to show he can contribute on defense. He will have to outplay McDuffie to earn his spot on the Packers roster in 2021.

Injuries have slowed the progress of EQ since the Packers drafted him out of Notre Dame in 2018. He missed all the 2019 season and parts of the 2020 campaign due to an assortment of ailments.

St. Brown caught seven passes for 117 yards and one touchdown last year. In two years with the Packers, he has 28 catches for 445 yards and the one score.

The Packers drafted Amari Rodgers in the third round this year and 2020 free agent signee Devin Funchess will also be back with the team in training camp fighting for a roster spot.

The Packers also have Davante Adams, Allen Lazard and Marquez Valdes-Scantling who were all ahead of St. Brown on the depth chart last season.

St. Brown has the size and ability to compete for a roster spot, but he needs to get more consistent on the field and realize that potential.

This will be a numbers game at wide receiver when final roster cuts are made. EQ will need to take his game to the next level to guarantee he returns to the Packers in 2021.

Jackson was a second round pick for the Packers in 2018. Unfortunately, he has struggled to earn a spot in the lineup on defense after starting 10 games in his rookie season. After three years, the former Iowa star has yet to intercept a pass and was inactive for four of the Packers last six regular season games and both playoff contests.

New defensive coordinator Joe Barry is expected to emphasize zone coverages and that does play to Jackson’s strengths. But this training camp is likely his last chance to prove he can contribute to the Green Bay defense. Recently, his biggest contributions have come on special teams.

The Packers drafted two cornerbacks this year including first rounder Eric Stokes and fifth round pick Shemar Jean-Charles. Stokes is a lock to make the team if he stays healthy.

The depth chart at corner is crowded with Jaire Alexander, Kevin King and Chandon Sullivan all ahead of Jackson on the depth chart. He will also be competing with Ka’dar Hollman, Kabion Ento, Stanford Samuels and KeiVarae Russell for a roster spot.

Jackson’s career is at a crossroads and he will have one last chance to prove he can be a steady contributor to the Packers defense.