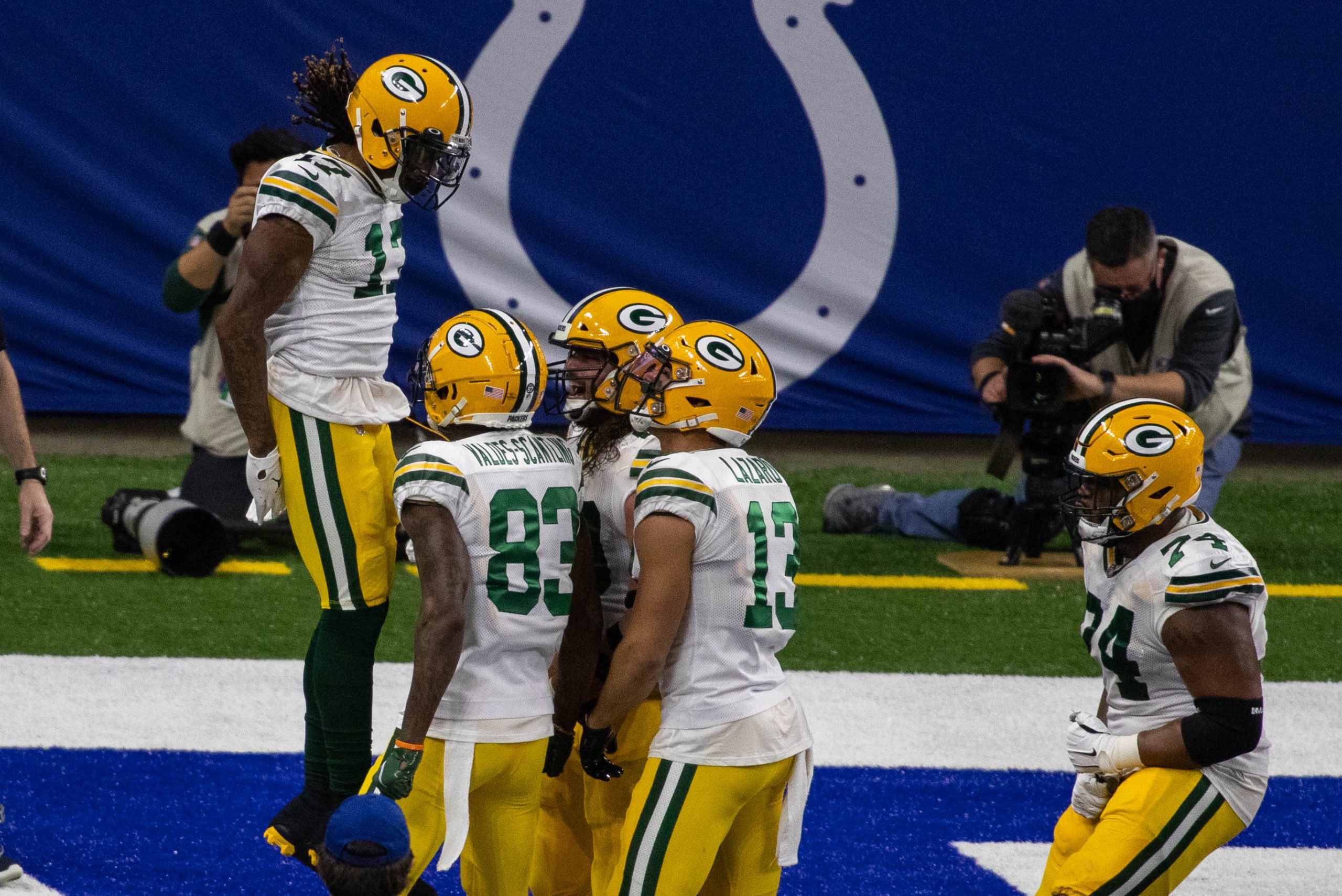 Last season, fans and experts alike expected the Green Bay Packers to select a wide receiver in the NFL Draft. The Packers were expected to take a wideout early in the draft depending on how things unfolded.

But that’s not what happened. Not only did the Packers not select a wide receiver in the first round, but the franchise also didn’t add a wide receiver at all in the entire 2020 NFL Draft.

No NFL team scored more points in 2020 than the Green Bay Packers. Aaron Rodgers won the league MVP for the third time and the Packers scored 509 points or nearly 32 points per game.

That isn’t to say the Packers couldn’t use more depth and talent at the receiver position, but obviously, the offense exceled last season without it.

When your offense is that effective and explosive, the need for a new receiver isn’t urgent.

The Packers can use help at receiver, but they do have some quality talent at the position.

Davante Adams was one of the best receivers in the league in 2020 with 115 catches and 18 touchdowns. Adams is at the top of his game and uses his body control and intelligence to get a quick advantage on opposing defenders off the snap of the ball.

Marquez Valdes-Scantling led the league (among qualified receivers) with a 20.9-yard average per catch. MVS needs to improve his consistency, but he is a legitimate deep threat who Rodgers likes throwing to and working with.

Allen Lazard provided reliable intermediate help when he was healthy and in the lineup. He is also one of the best blocking wide receivers in the game today.

The Packers also will have Devin Funchess available in 2021 after the former Michigan star opted out of the 2020 campaign because of the pandemic. Equanimeous St. Brown will also be back and will have one final chance to prove he can develop into a consistent NFL receiver.

Green Bay also has quality receivers at tight end led by Robert Tonyan and a running back in Aaron Jones who is a good receiver out of the backfield.

The Packers need more depth at the position, but the cupboard is far from bare.

The Packers have several areas of need that are more pressing than wide receiver. The team has a more urgent need at cornerback with Kevin King coming back on a one-year, prove-it deal and unlikely to return in 2022.

The offensive line is expected to start the season without All Pro left tackle David Bakhtiari who is rehabbing from knee surgery while All Pro center, Corey Linsley has left via free agency.

The team also has a greater need along the defensive line and at inside linebacker than they do at wide receiver. This makes it less likely they will go with a wide receiver in the first round.

The wide receiver position is deep in this year’s draft. Since the Packers don’t have an immediate need at wide receiver, they can easily add a wideout to play a specific role on day two or more likely day three of the draft.

If the Pack wants to add a true slot receiver or a player who can run jet sweeps or reverses, they can do that in the middle or later rounds of the draft.

There is no shortage of receivers with potential in this year’s class. The fact that most rookie receivers don’t make a big impact in their first season in the NFL only adds to the logic of this fact.

It’s been nearly two decades since the Packers used a first-round pick on a wide receiver. The last wideout the Pack selected in the first round was Javon Walker in 2002. Walker lasted four seasons in Green Bay and made one Pro Bowl after the 2004 season.

Since then, the Packers have used second round picks on Greg Jennings, Jordy Nelson, Randall Cobb, Adams and Terrence Murphy. All but the latter made a big impact in Green Bay.

In the third round, the Packers selected Ty Montgomery and James Jones and both made solid contributions to the Packers offense although Montgomery was later moved to running back.

Green Bay’s track record shows they don’t emphasize receivers in the first round of the draft and are unlikely to do so this season.