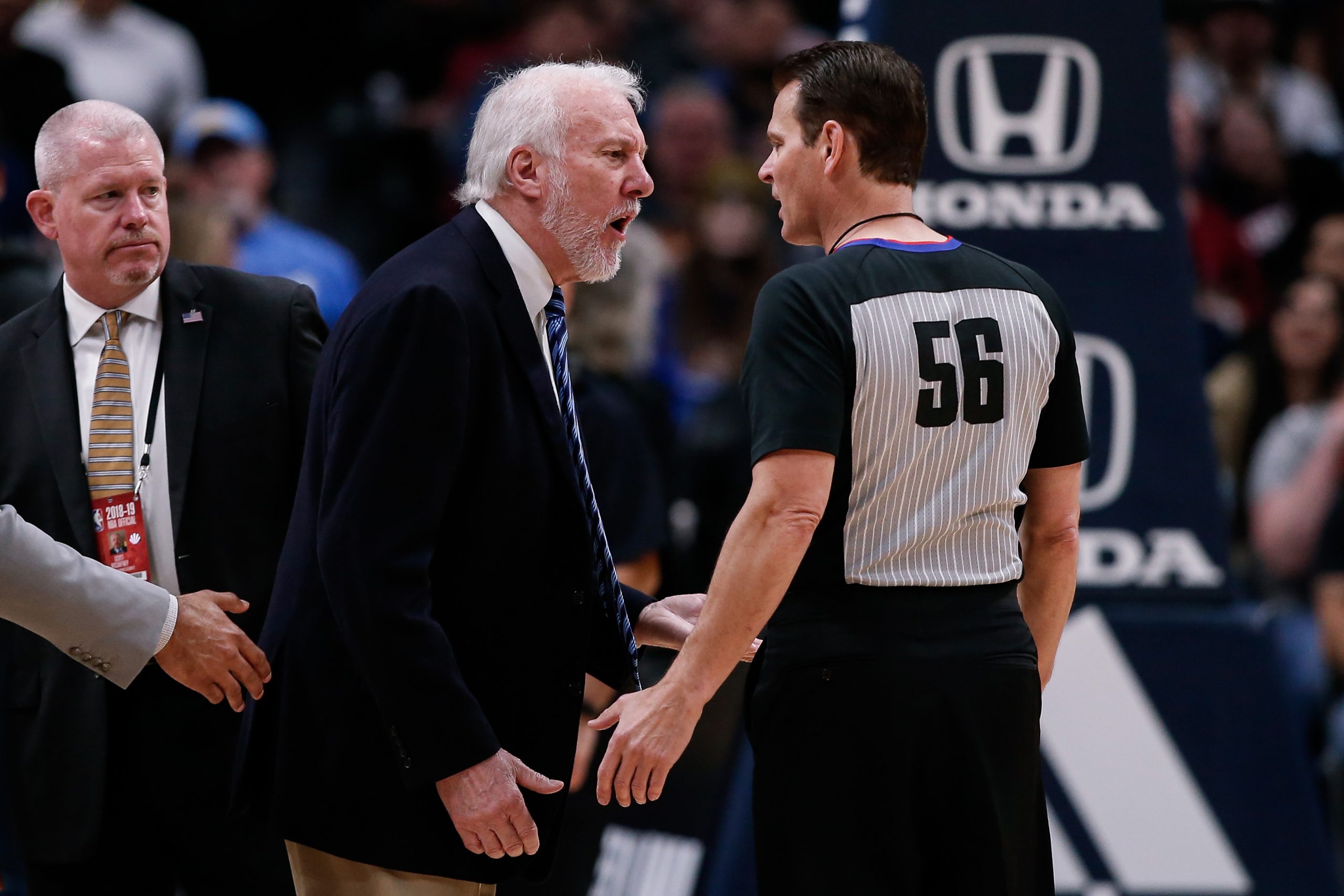 Spurs head coach Gregg Popovich has never been one to shy away from sharing his opinion if he believes a game is being officiated poorly, but what happened during Tuesday’s game against the Nuggets was a bit bizarre, even for him.

Pop was not happy about a foul call, so he began arguing with an official. The thing is that only 63 seconds of game time had elapsed, so it’s surprising that Pop could be that upset already, although not too surprising to anyone who closely follows Spurs news. He was, though, and he received two technicals for his dissent, which resulted in him being ejected — with just 63 seconds of game time having elapsed.

Gregg Popovich had to be held back as he was tossed for arguing with officials. pic.twitter.com/2ZdmVTky9p

Pop got tossed 1:03 min into the game… pic.twitter.com/qZehhTeezU

To his credit, Popovich had a sense of humor about it, crashing Nuggets head coach Mike Malone’s media scrum.

It appears Pop is feeling the heat in this end-of-season stretch, being that he was ejected from Sunday’s game as well.